(SUKAN) The Indian ‘Cyclone’ Spirals Toward Vietnam For ONE: IMMORTAL TRIUMPH 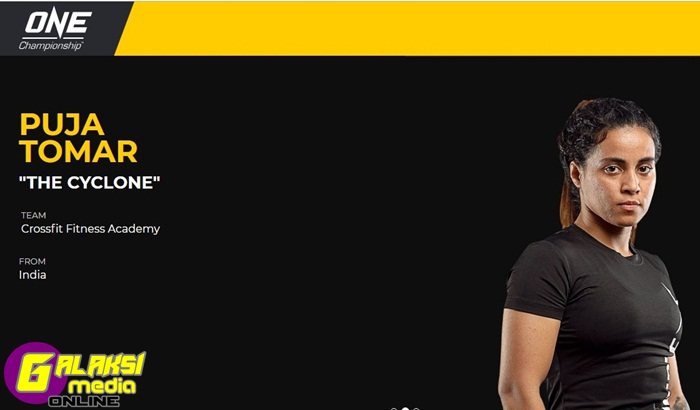 India’s Puja “The Cyclone” Tomar never backs down from challenges. So she was only going to have one answer when ONE Championship offered her the chance to compete in her first ONE Super Series encounter against Bi “Killer Bee” Nguyen at ONE: IMMORTAL TRIUMPH in Vietnam on Friday, 6 September.

“I did not expect [that ONE matchmakers] would give me an opportunity in ONE Super Series, because I thought that I could only do mixed martial arts bouts,” the 25-year-old admitted ahead of her three-round atomweight Muay Thai duel.

“But I am happy that I am competing in a stand-up contest. My background is wushu, and I have a lot of experience in stand-up bouts.”

“I am always super ready for Muay Thai, kickboxing, and mixed martial arts bouts in ONE – it’s an honor for me!”

Though “the art of eight limbs” is something new to her, the stand-up art is not something entirely strange to her. Tomar is an accomplished veteran in the wushu world – a national champion with an outstanding 67-5 record.

Wushu alone will not do the job against someone as highly skilled as Nguyen. With that in mind, Tomar underwent a successful training camp with Muay Thai specialists to prepare herself for this bout.

“I have done training camps at Evolve and Phuket Top Team. I am following the steps for Muay Thai training that I learned from there,” she said.

It will be a tough outing for the Indian martial artist against a hometown favorite, but Tomar does not have to look far for inspiration.

It was her biggest win to date, and she is eager for an equivalent outing at the Phu Tho Indoor Stadium on 6 September.

“I am super confident. I enjoyed my first win in ONE, and I want to stay on the winning track,” she says.

“For the Vietnamese fans, it is a great match-up, striker versus striker. My prediction is that I am going to knock her out in the very first round.”

Download the ONE Super App to witness Tomar and more world-class strikers in action at ONE: IMMORTAL TRIUMPH on Friday, 6 September.