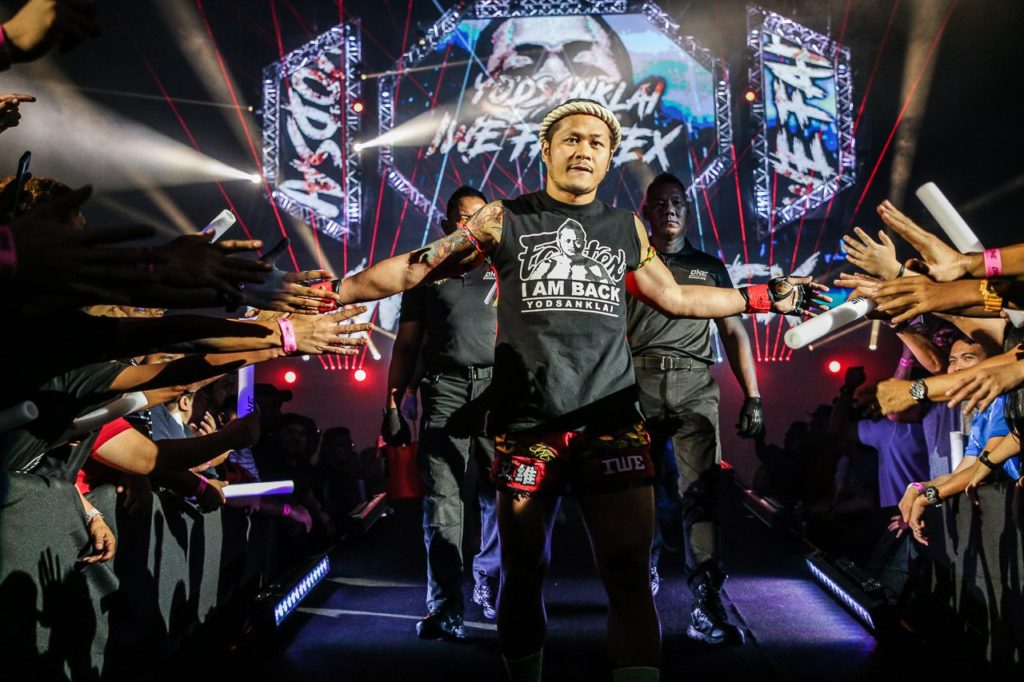 Yodsanklai IWE Fairtex could very well be the best Muay Thai competitor of all time. The 33-year-old Thai, dubbed “The Hero” and “The Boxing Computer,” has continuously brought the sport to a greater level ever since his professional debut in 2002.

He has 276 bouts and multiple Muay Thai World Championships on his resume, but he is hungry for more. On 31 March, he will look to avenge one of his few prior losses when he faces fellow legend Andy Souwer in a ONE Super Series kickboxing bout at ONE: A NEW ERA in Tokyo, Japan.

After that, he is scheduled to compete in the ONE Super Series Featherweight World Grand Prix, and will look at claim a ONE World Title at some point.

With perfect technique, explosive style, and several knockouts under his belt, here are three reasons why Yodsanklai is a must-watch athlete in The Home Of Martial Arts.

#1 A World Champion With A Complete Game Plan

Whether it is a hard-earned victory through a decision or a sublime knockout through kicks, hooks, knee strikes, or uppercuts, Yodsanklai knows how to finish off a match through various methods.

“The Boxing Computer” has an array of ammo, and most recently, he recorded a stunning knockout at ONE: DESTINY OF CHAMPIONS last month. Yodsanklai stunned Australia’s Luis Regis with a one-two combination before unloading three uppercuts to seal the deal.

Fans can be sure he will have a brilliant strategy in place when he locks horns with Souwer in Japan.

Yodsanklai is pretty much unstoppable. In fact, his last loss came in 2011.

Since then, the Thai has registered a 29-bout streak, and he has emerged as the most feared Muay Thai athlete around the world.

Yodsanklai’s ability to effectively seize victories makes all his battles a must-watch affair, so whether you are a fan of his or not, the Thai legend guarantees action any time he competes.

#3 The Best Left Kicks In The Game

“The Hero” has the heaviest kicks in the sport – especially his stinging left roundhouse kicks.

Several athletes in the past have described his kicks like something out of a superhero movie.

ONE Championship‘s Michael “The Voice” Schiavello said Yodsanklai’s kicks are arguably the hardest strike of any athlete in any combat sports, while Kickboxing World Champion John Wayne Parr said getting hit by it feels like a baseball bat.

Well, check out the video above and judge for yourselves.