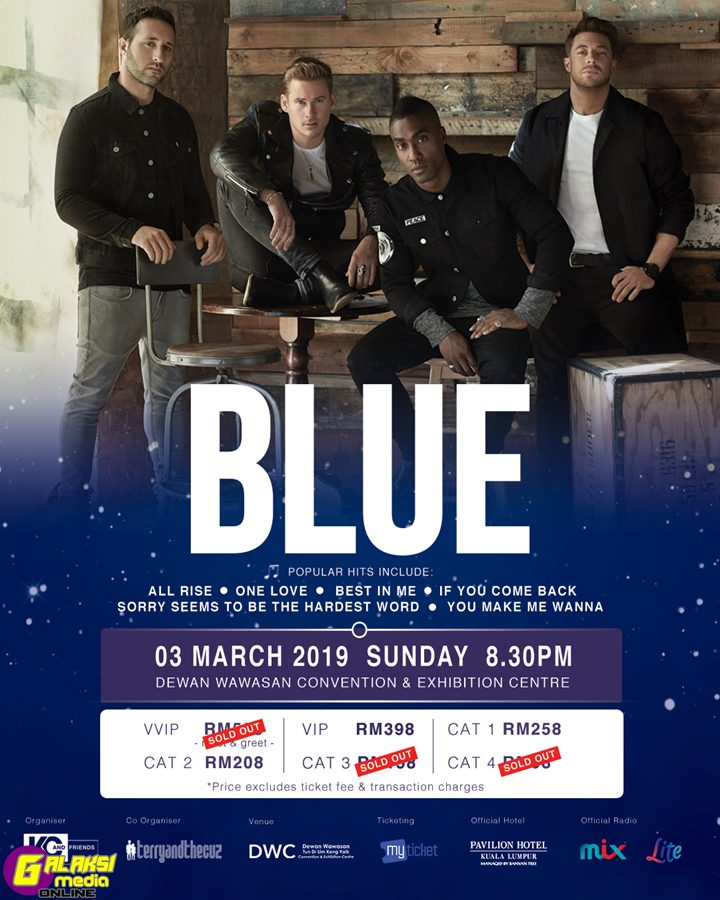 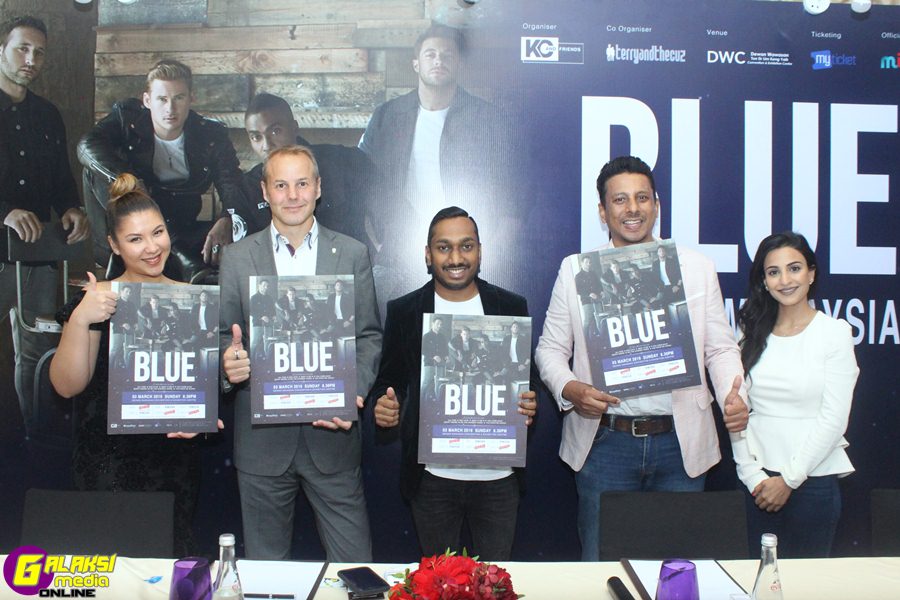 Having spent more than fifteen years together, Blue have sold over 16 million records, igniting fires on stages across the globe while building on their reputation as one of the most sought after British performers and singers in the world today. Members Lee Ryan, Antony Costa, Duncan James & Simon Webbe have continued to work together in producing chart toppers, while complementing each other’s remarkable musical talents and abilities.

The remarkable Blue released their first single “All Rise” in May 2001 and were fast tracked to stardom. Hit singles from their three #1 albums include ‘All Rise’, ‘One Love’, ‘Best in Me’, ‘If You Come Back’, ‘Sorry Seems To Be The Hardest Word’ (with Sir Elton John) and ‘You Make Me Wanna’, making the boyband household names instantaneously.

In 2018, the boys announced their Summer Tour in the UK and Ireland to the excitement of fans. Closing in on the band’s 20th anniversary in 2020, the boys have continued to perform at sold out venues and arenas over the last few years, with their unbelievable vocal abilities continuing to solidify a loyal following across the globe.

This year will see the much heralded group continuing to delight those fortunate enough to catch them performing live together. Local and also regional fans attending the group’s Kuala Lumpur date have been assured that it will be nothing less than a memorable and incredible evening filled with great music and loads of fun, as the group is expected to thrill them with all of their popular hits.

According to KC & Friends Chief Executive Officer Kesavan Purusotman (KC), “Alongside our partners TerryandTheCuz, we are incredibly excited to bring the fans, Blue Live in Malaysia.” He added, “We are grateful for the opportunity to help relive one of the best music eras in history – the boyband era – with an enthralling 60-75 minute non-stop live concert by the one & only Blue!”

Warming up the crowd on the decks at the concert ahead of Blue will be Malaysia’s very own celebrated deejay and Astro Radio’s head honcho Jakeman.