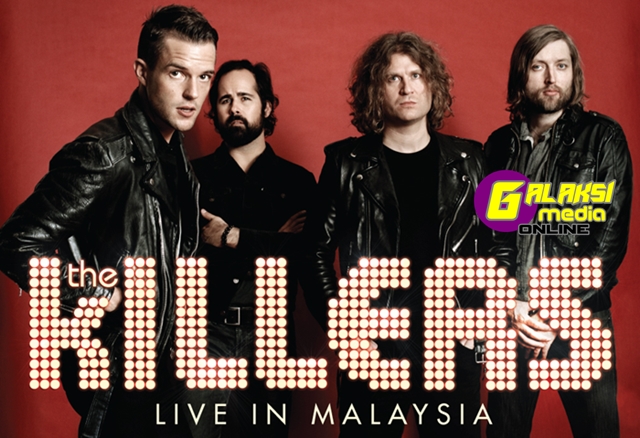 The Killers will perform at the Sepang International Circuit (SIC) Helipad on Sunday, 22 Sept 2013. Doors open at 8pm. “The Killers Live in Malaysia” (#TheKillersMy) brought to you by Future Sound Asia (FSA) and Tune Talk – the fastest growing mobile prepaid in Malaysia is the official telco.

The Killers’ Brandon Flowers, Dave Keuning, Mark Stoermer and Ronnie Vannucci Jr are best known for hits such as, “Mr. Brightside”, “When We Were Young”, “Somebody Told Me”, “All The Things That I Have Done” and more.

Named after a fictional band in a New Order video, The Killers hail from Las Vegas, Nevada. Their debut, Hot Fuss, catapulted them onto the global stage upon its 2004 release. Since then the band has released four albums that collectively sold over 20 million copies worldwide. The band has also received seven Grammy nods and won a variety of MTV, BRIT, and NME awards.

The band toured for two years straight after Hot Fuss, playing over four hundred shows. They’ve also headlined some of United Kingdom and Europe’s largest festivals, including Glastonbury, the Reading and Leeds Festival and Pukkelpop. They have played sold out shows in prestigious venues such as Madison Square Garden in the United States.