(SUJAN) MALAYSIA MOTOGP 2016 ON TRACK TO A SOLD OUT RACE

SEPANG, 7 October 2016 – With approximately three weeks to go till the Shell Malaysia Motorcycle Grand Prix 2016 at Sepang International Circuit (SIC), excitement is surging as ticket sales spike ahead of an event that promises to thrill. 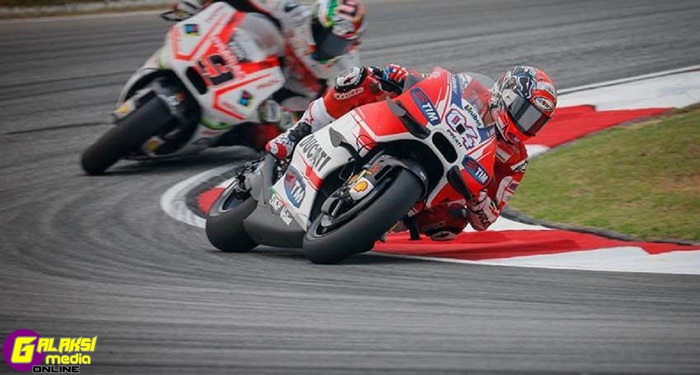 The Premier Roving Pass and tickets for the K1 Grandstand, F Grandstand, Marc Marquez Tribune, VR46 Tribune, DRIVE M7 SIC Racing Team Tribune and Club Suite are all sold out. Tickets for the Main Grandstand and C2 Hillstand as well as the Ducati Grandstand package are still available, although with the surge in sales, these may also sell out ahead of the 26th Malaysia MotoGP on 28 to 30 October 2016. Fans can also opt for the luxury option with the MotoGP VIP Village passes. 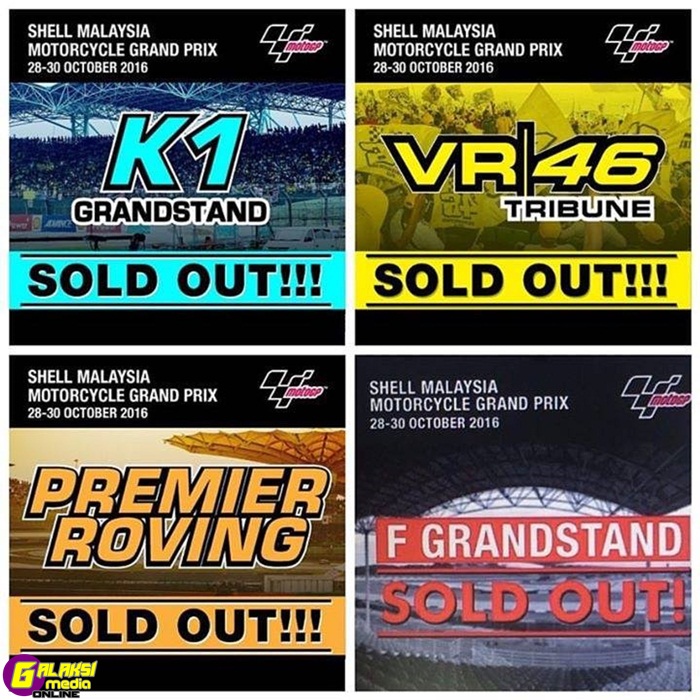 “Leading up to the sold out Malaysia MotoGP last year, tickets only began selling out at this stage, approximately three weeks before the race. Thanks to the passionate support of fans this year, we have broken this record, as the F Grandstand was already sold out more than two months ahead of the race. Today, three weeks before the race, most of the tickets for the good spots have been snapped up. I urge all fans who have not purchased their tickets to act quickly to secure their tickets,” said SIC Chief Executive Officer Dato’ Razlan Razali.

“With the overwhelming response, not just from diehard motorcycle racing fans, but also from other Malaysians who simply want to support to their countrymen on the track, I believe that there will likely not be any tickets available for sale at the circuit during race weekend,” he added. Fans can purchase their tickets online at SIC’s official website at www.sepangcircuit.com or by calling the circuit’s TICKET HOTLINE at 03-8778 2222. 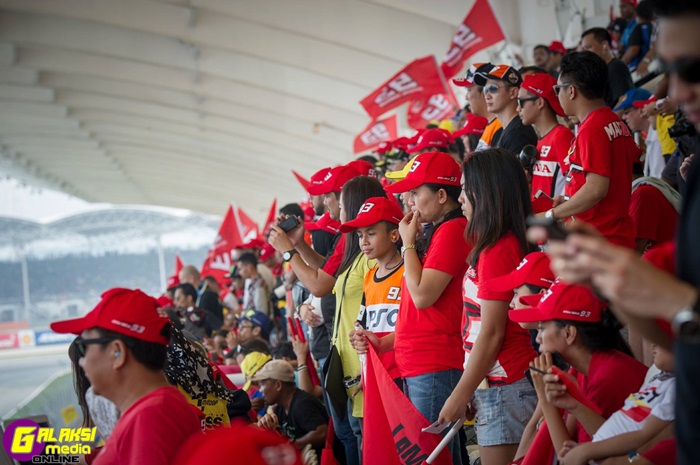 Hugely popular with Malaysian fans since the introduction of the Malaysian wildcard programme in 2009, one of the key attraction factors for the MotoGP locally is the participation of three local riders – Hafizh Syahrin Abdullah in Moto2, and Khairul Idham Pawi and Adam Norrodin in Moto3.

The other main pull factor is the huge following that top MotoGP riders like Valentino Rossi, Jorge Lorenzo and Marc Marquez have. Marquez could be celebrating his third MotoGP crown in Sepang depending on the results. 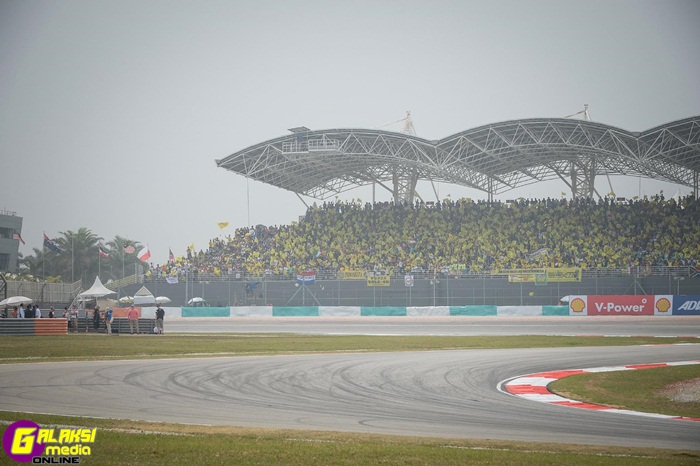 Ahead of the Malaysian leg, SIC is hosting Live Viewing sessions of the Japan MotoGP on 16 October and the Australia MotoGP on 23 October, both at The Podium by Daun in Sri Hartamas. For more information on the Live Viewing sessions and the latest updates from SIC, follow their Facebook page at https://www.facebook.com/sepanginternationalcircuit or log on to SIC’s website at http://www.sepangcircuit.com.