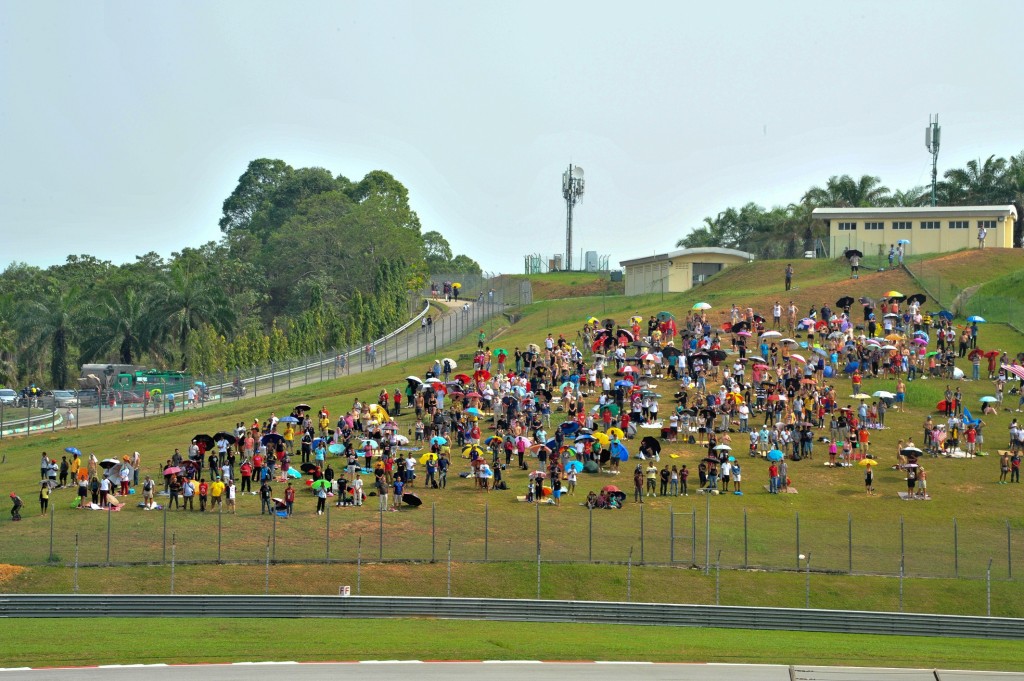 Sepang, 20 March 2015 – Sepang International Circuit (SIC) today announced that the RM80 hillstand tickets for the 2015 Formula 1 PETRONAS Malaysia Grand Prix™ are sold out.  The overwhelming demand for tickets in the RM80 category came following the recent announcement of K-Pop megastars Girls’ Generation and SHINee as the joint main act for the after-race party.

However, fans can still get the RM160 hillstand (covered) tickets, which are selling fast or opt for grandstand or tower tickets to catch both the exhilarating race and the highly anticipated after-race concert, as well as enjoy all the activities on offer.

He quipped, “It’s just too good an event to miss out on, truly something for the whole family, mum, dad and the kids will surely enjoy the day.”

The F1 tickets can be purchased:

This weekend is also the last chance to purchase tickets at 50% off from the SIC Zoomers which will be at Avenue K on Friday, 20 March from 12pm-8pm, Alamanda Putrajaya on Saturday, 21 March from 12pm-8pm and the Empire Shopping Gallery, Subang on Sunday, 22 March from 12pm-8pm. The discount is applicable for all tickets except hillstand tickets.