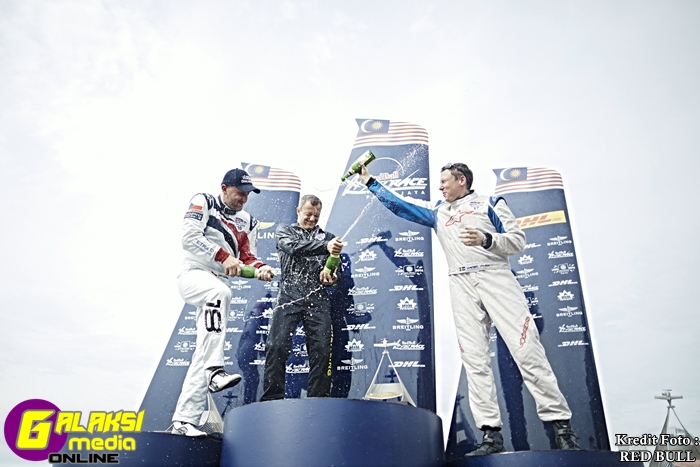 PUTRAJAYA (Malaysia) – Hannes Arch blasted his rivals away in Qualifying for Sunday’s Red Bull Race World Championship stop in Putrajaya, Malaysia with a thunderous performance on a challenging race track under cloudy skies and soaring temperatures. The 2008 champion from Austria admitted he flew as close to the limits of the rules as possible to post the fastest time on Saturday and win pole position for the third of eight stops in the 2014 season. Canada’s Pete McLeod finished a distant second as the world’s fastest motorsport series stages its first-ever race in east Asia while Australia’s Matt Hall was third and defending champion Paul Bonhomme back in fourth. 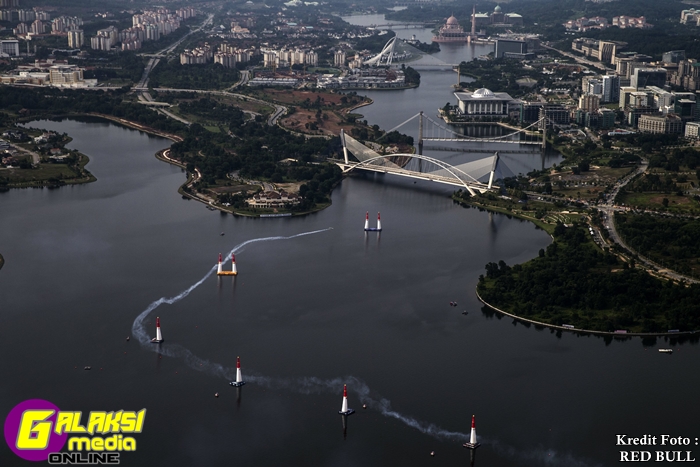 Arch, who has won five of the last six races going back to the 2010 season, pushed the pace in his Edge 540 V3 and put down a track record time of 1:15.144 seconds, leaving his rivals scratching their heads to try to figure out why he is so much faster with all the pilots flying with the same standardized engines and propellers. McLeod was second in 1:15.867 on a sweltering afternoon when temperatures in the tropical location near the equator climbed into the high 30s while Hall was third in 1:16.144. Bonhomme, who like Arch has 21 points in the championship after his win in Abu Dhabi, was a disappointing fourth – more than a full second behind — in 1:16.586.

“It feels good,” said Arch of the big Qualifying win – his second straight Qualifying victory after taking first in Rovinj, Croatia as well. Arch acknowledged that he is flying close to the edge through the high-speed, low-altitude track set up over Putrajaya Lake but still within the rules.“In the first runs in training I was close to the judging limits so today I wanted to be more in the comfort zone and please them. I’m confident that I can be fast and please the judges.”

Meanwhile, French pilot Francois Le Vot claimed his third consecutive Challenger Cup win to put him firmly at the top of the standings three races into the 2014 season.

“I don’t really remember what happened… it’s always the same, said Le Vot, fresh from the victory. “I’m so deeply involved in my duty that I don’t have enough energy to memorise anything. But apparently it works; long may it continue! My strategy was quite simple. I thought that because I was already ahead in the points it was not necessary for me to fly aggressively.”

Local hero Halim Othman, however, had a disappointing day in the racetrack after a promising start to the day and finished in sixth place.

“It’s challenging to have your debut on home soil. My priority was to be safe and I’m happy that I managed to compete amongst the top pilots in the world,” said the 41-year-old.

Dominating the inaugural Challenger Cup series, Le Vot now sits at the top of the Cup standings with 30 points, 16 points clear of Daniel Ryfa from Sweden.