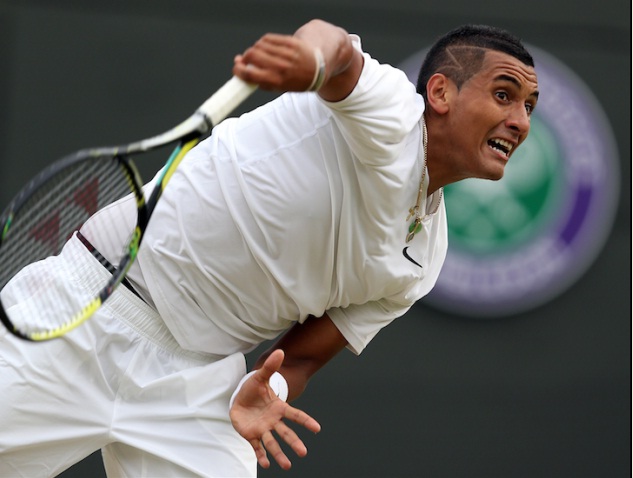 The Malaysian Open, Kuala Lumpur, South East Asia’s only ATP World Tour tennis tournament, today announces that Nick Kyrgios, the teenager from Australia and the talk of Wimbledon 2014, will be making his Malaysian professional debut at the US$1,022,255 event this year.

Kyrgios, the 19 year old from Canberra, Australia, whose mother Norlaila is Malaysian, will be playing singles and doubles at Putra Stadium, Bukit Jalil, September 20 – 28, joining what is the strongest field in the tournament’s history.

“Many Malaysians were excited and touched by Nick’s riveting matches and blistering shot-making at this year’s Wimbledon Championships – and we are equally excited to be welcoming him to showcase his talents in person, in Kuala Lumpur in September. Our partners the Ministry of Tourism and Culture, Malaysia, our sponsors and fans will be giving him a very warm “Selamat Datang” during Visit Malaysia Year 2014,” said Tournament Director, Nick Freyer of organisers IMG.

Kyrgios will play his first singles match either on Monday, September 22 or Tuesday, September 23, when there will be no charge for entry. He has also accepted a wild card to play doubles in partnership with an elite Malaysian player, as selected by the Lawn Tennis Association of Malaysia.  Kyrgios will receive a main draw singles wild card if required, should he not make the singles main draw direct entry list when entries close next week, for what is expected to be the highest cut-off in the tournament’s history.

This year’s Malaysian Open, Kuala Lumpur is shaping up to be very special with already announced stars including Milos Raonic, Kei Nishikori, Juan Martin Del Potro and Ernests Gulbis.  All four have been ranked in the world’s top-ten in 2014, and Milos, Kei and Ernests were this week recognised by the ATP Chairman and CEO, Chris Kermode, for their milestone ranking achievements.

Kyrgios’ glorious run to the quarter-finals at Wimbledon saw him upset then world No.1 Rafa Nadal (one of his boyhood idols) on the famed Centre Court in four fantastic sets, capturing the imagination of the tennis world, while his five set nail-biting second round win (10-8 in the final set) over Richard Gasquet when he saved nine match points, created a new Open-era record at the All England Club, for the most match points saved en route to a victory.

Australian tennis immortals Rod Laver, Ken Rosewall, John Newcombe, Neale Fraser and Ashley Cooper have made it clear that Nick Kyrgios is a massive star of the future. His performance at Wimbledon took his ranking to a career high of 65, having started The Championships at 144.

In a related development, the tournament have invited Nick’s mother to join him and she will be joining him in KL. The Kyrgios family with their Malaysian roots are sure to bring pride and smiles to a lot of faces. To tennis fans in Malaysia he is “The ½ Kampung (local) Kid.”

The teenager and his mother will also take time to “give back” to the local community by hosting what the Malaysian Open, Kuala Lumpur is calling a “Town Hall Type Gathering”. On the Wednesday evening for 30 minutes at Putra Stadium in a function open to all spectators, Norlaila (known to all as Nil) and Nick will meet with Malaysian mothers, fathers and their children, and answer their questions.

The full singles main draw entry list will be announced next week.  In addition to the doubles pairing of a local player with Kyrgios, an additional three Malaysian qualifier singles wild cards, as determined by the Lawn Tennis Association of Malaysia, will be announced later.