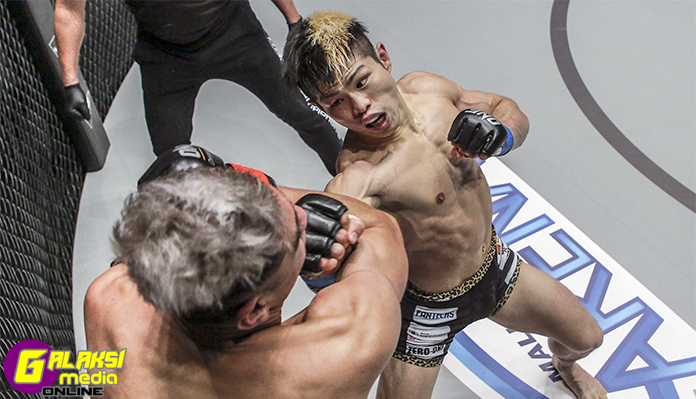 Hiroaki “Kaibutsukun” Suzuki plans to take his performance a notch higher this Friday, 10 May, when he challenges reigning ONE Bantamweight Muay Thai World Champion Nong-O Gaiyanghadao for the gold at ONE: WARRIORS OF LIGHT in Bangkok, Thailand.

The Japanese kickboxing sensation knows he will be standing across the ring from a Muay Thai legend, but he is undaunted by the task and believes the odds are evenly stacked.

“There is always a chance to win in a one-on-one battle. Of course, I have a risk of losing too. The fight is one-on-one, so the situation is even,” Suzuki shared ahead of the five-round main event bout.

This could be a sweet homecoming for Nong-O, who is currently based in Singapore and trains at Evolve MMA.

It has been three months since he captured the inaugural ONE Bantamweight Muay Thai World Championship at the same venue, Bangkok’s Impact Arena, and now he returns to his stomping grounds for his first World Title defense.

However, his 34-year-old Japanese counterpart is determined to put an end to his opponent’s winning streak and shock the hometown favorite.

“Nong-O is a complete Muay Thai fighter. His punches, kicks, knees, and elbows are great, but my attacks developed in Japan are also great,” he warned.

“The Japanese fight with unbreakable, strong hearts even in tough situations. That is the ‘Yamato spirit.’ I will fight with responsibility as a representative of Japan, and [I will] win.”

Suzuki’s time in ONE Championship has also been equally impressive.

In his debut last November, “Kaibutsukun” put on a thrilling display against Deividas “The Lithuanian Savage” Danyla to claim a decision victory. Two months later, the Japanese warrior pulled off an even more stunning victory, as he stopped Malaysia’s Mohammed “Jordan Boy” Bin Mahmoud with seven seconds remaining in their bout.

His third promotional battle this Friday will require another similar performance.

“On the ONE Championship stage, my priority is to have an exciting fight. I can’t tell you which attacks I will use, but I will aim for a knockout,” he said.

“I want to say Nong-O, let’s try to knock each other out. Let’s try to give the fans an exciting match on the ONE stage in which one of us goes down.

“By winning the World Championship, I think I can make a path for my juniors and for the people who want to become martial artists. I want to pass on the ‘Yamato spirit.’ That’s my dream.”