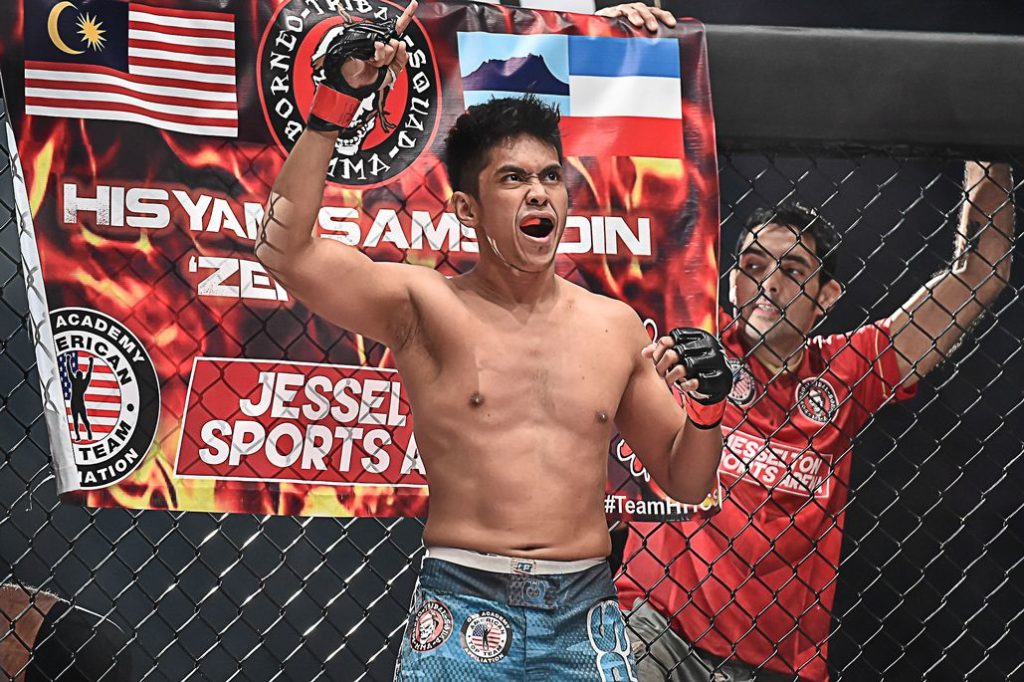 Hisyam “Zephyrus” Samsudin loves testing his skills in mixed martial arts competition, but he has his eye on something different in 2019.

“As everyone knows, I come from a boxing background, and I would love to compete in a boxing match in ONE Championship,” the 28-year-old says.

“I would still want to compete in mixed martial arts as well — the more, the better.”

Boxing was the first martial art Samsudin practiced, and he has already experienced success in the sport. A couple of years ago, he captured the WBF Asia-Pacific Light Heavyweight Title.

However, under the watchful eyes of Malaysian pioneer AJ “Pyro” Lias Mansor at Borneo Tribal Squad, he developed into a complete martial artist.

“Zephyrus” made his professional mixed martial arts debut in November 2014, and made his first ONE Championship appearance in September 2016. Thus far, he has competed four times in the world’s largest martial arts organization.

“I’m thankful for these opportunities,” he says.

“As an athlete being at a place like ONE Championship, it makes you feel at home.”

Samsudin most recently competed at ONE: HEART OF THE LION in Singapore earlier this month.

Though he was submitted by China’s Xie Bin, the Sabahan views the bout as a valuable learning experience.

“Xie Bin was a better athlete on that night at ONE: HEART OF THE LION. He’s good with his submissions and has really long hands,” Samsudin explains.

“Maybe it was not my luck, but when you lose a battle, it means there’s [room for] improvement for you. It only motivates me to be a better fighter.

“I’m going to focus on getting back into training, [and I am going to] train even harder. There are always opportunities in the future, so I’ll right my mistakes for 2019.”

The Sabahan has proven to be a complete mixed martial artist with the help of Lias Mansor and fellow statesperson Ann “Athena” Osman.

Both of them have showcased their skills in ONE Championship throughout the promotion’s earlier years, and have also played crucial roles in Samsudin’s development.

“They’ve been a great help to me in my career,” he says. “I’m thankful to have people like them in my life.”

Although he is not scheduled to compete again this year, four of his countrymen will be featured in the promotion’s final event of 2018.