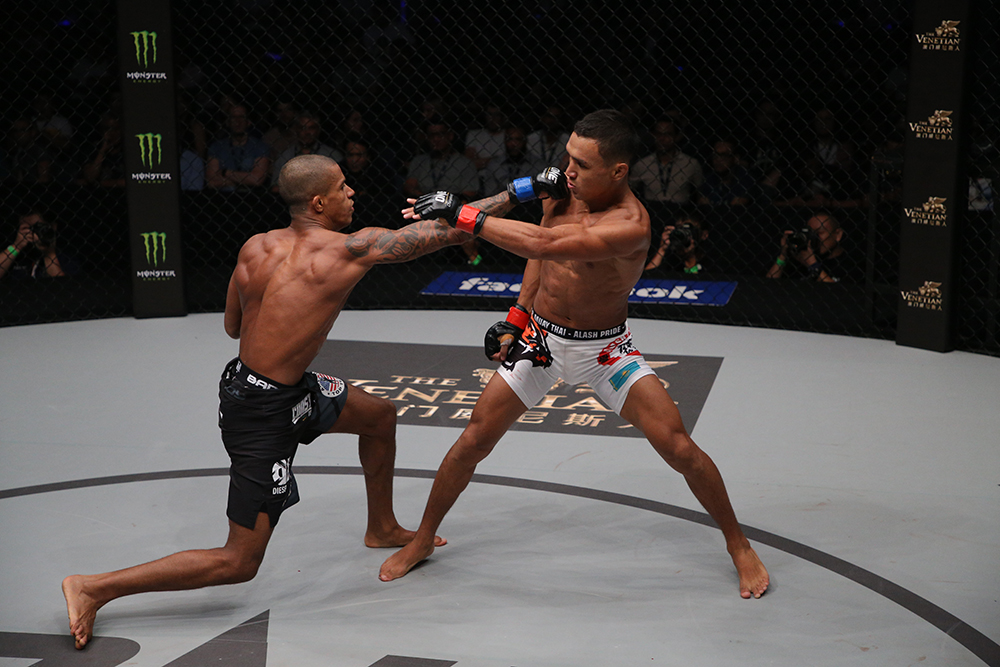 22 August 2017 – Jakarta, Indonesia: The largest sports media property in Asian history, ONE Championship™ (ONE), has just announced ONE: TOTAL VICTORY, set for 16 September at the Jakarta Convention Center in Indonesia. The evening promises another spectacular showcase of authentic martial arts action, delivered by the absolute best in local and international martial arts talent. In the main event, former ONE Flyweight World Champion Kairat Akhmetov of Kazakhstan takes on Geje “Gravity” Eustaquio of the Philippines.

Ticket information for ONE: TOTAL VICTORY is available at www.onefc.com

Chatri Sityodtong, Chairman and CEO of ONE Championship, stated: “Jakarta has remained one of ONE Championship’s most exciting destinations. The bustling capital city of Indonesia provides a perfect backdrop for our unique brand of world-class authentic martial arts action. An amazing event is planned for fans in Jakarta, as we bring to you a tremendous clash between two top flyweights in Kairat Akhmetov and Geje Eustaquio. It’s going to be another awesome evening of compelling bouts, so join us as we broadcast live around the world!”

Former ONE Flyweight World Champion Kairat Akhmetov is a veteran martial artist from Almaty, Kazakhstan. The 29-year-old boasts a solid 23-1 professional record amassed during a stellar martial arts career which has seen him dominate his opponents with tenacious wrestling and powerful striking. In his most recent appearance inside the ONE Championship cage, Akhmetov faced divisional rival Adriano Moraes for the right to be crowned the undisputed ONE Flyweight World Champion. Akhmetov fell just short of victory, losing by unanimous decision in a close bout. Determined to earn another shot at ONE Championship gold, a victory over Geje Eustaquio, whom Akhmetov will challenge in his next contest, could be the ticket to another title opportunity.

Kairat Akhmetov of Kazakhstan, stated: “I am excited to get back in the cage and compete. Defeat is part of this game, the important thing is to come back better. The body is ready, the mind is strong, and the spirit is willing. [Geje] Eustaquio is one of the best competitors in the division and a victory over him will mean a lot. I have one goal, and that is to get back my title. I will take care of anyone who stands in my way.”

Top flyweight contender and former world title challenger Geje “Gravity” Eustaquio of Baguio City, Philippines, is one of the most skilled martial artists in Asia, and a highly-decorated wushu practitioner. His solid striking and grappling skill set has led to huge victories over the course of a six-year professional martial arts career. Training in the high altitudes of the Philippines’ mountainous region, Eustaquio hones his craft alongside world-class teammates at the fabled Team Lakay. In his most recent bout, Eustaquio defeated fellow striker Anatpong Bunrad via split decision in a rematch. Known for his incredible ability to keep calm in the face of adversity, Eustaquio is set to headline ONE: TOTAL VICTORY opposite former ONE Flyweight World Champion Kairat Akhmetov.

Geje Eustaquio of the Philippines, stated: “This is a huge bout against a former world champion, it is very important to me. Thank you ONE Championship for the opportunity. I will showcase my best skills in this bout and take home the win for the Philippines. [Kairat] Akhmetov is a world-class martial artist and I can’t wait to test my skills against him. When the cage door closes, it’s time for battle. I will make sure to come well prepared.”