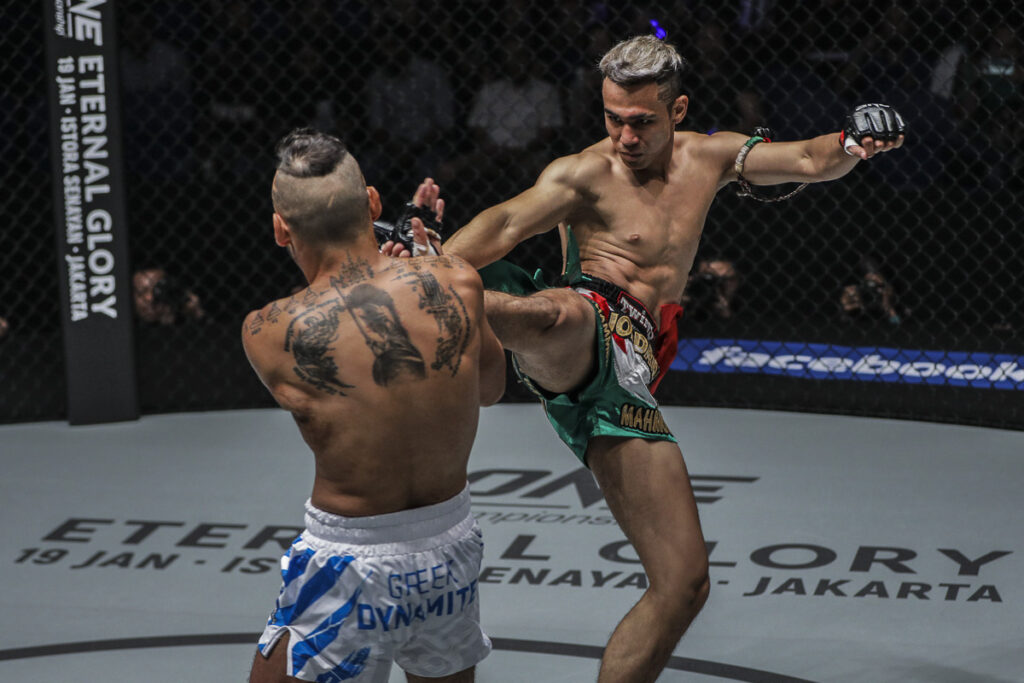 Former MuayFit Featherweight Champion, Malaysian striking star Mohammed “Jordan Boy” Bin Mahmoud is navigating through a difficult stretch in his ONE Championship career. After debuting for ONE Super Series early last year, Mohammed has only been able to come away with a 1-4 split to add to his 32-6-0 professional Muay Thai record.

“Jordan Boy” is looking to turn his career around and score a much-needed victory in his next outing. However, it won’t be easy.

Mohammed is set to do battle with former ONE World Title challenger and Top King Muay Thai World Champion Han Zi Hao of China at ONE: REIGN OF DYNASTIES II, a previously-recorded event in Singapore set for global broadcast on Friday, 16 October. The bout is a three-round ONE Super Series Muay Thai contest in 4-ounce gloves.

Mohammed says he’s prepared very well, even during quarantine due to Covid-19, and is ready for whatever Han brings to the Circle on fight night. He promises all Malaysian fans that he will do everything in his power to take home the win.

“I really want to win this fight. I’ve just renewed my contract with ONE Championship so I want to put my best foot forward,” said Mohammed

“I’m so excited to be able to fight again after such a long time without a fight. Covid-19 has really affected a lot of countries. I’m happy and ready to get back inside the ONE Circle.”

Last year, Mohammed led the Malaysian charge in kickboxing at the 2019 Southeast Asian Games in the Philippines, the 30th iteration of the prestigious competition. Although he lost in the finals to Filipino Jean Claude Saclag, Mohammed bagged a silver medal, and cash incentives which he says proved valuable during financial struggles brought about by the pandemic.

Despite his fortune, “Jordan Boy” feels he is very lucky to be able to compete again, in a time when many athletes are unable to.

“Fighting is our main source of livelihood, as athletes, so it’s important for us to be able to perform. I’m very lucky to have this opportunity, because there are a lot of athletes who can’t do what they love in these times, due to the pandemic,” said Mohammed.

“I’m excited to represent Malaysia again on this stage. I’ve trained very hard and I want to make my people proud. Fans can look forward to a good performance from me.”

Mohammed, for one, is beaming with confidence that he can pull out the victory over Han.

“Han Zi Hao is a tremendous fighter. He’s a former ONE World Title challenger, losing to the great Nong-O Gaiyanghadao by points. I’m sure he’s trained very hard for this fight also. That’s not a problem for me. We both trained hard, and now we’ll get to fight and the best man in the Circle will win,” Mohammed concluded.

“He has a very good and strong right punch. I think my skills counter that very well. I’m going to be aggressive and push the pace. I expect this to be a technical fight, but I’ve prepared well and I’m ready.

“I’ve studied his previous fights diligently and I learned a lot of things. I want to show the world I’m better in all areas.”