(SUKAN) ONE CHAMPIONSHIP ENTERS INTO COLLABORATION WITH UNIVERSAL MUSIC GROUP 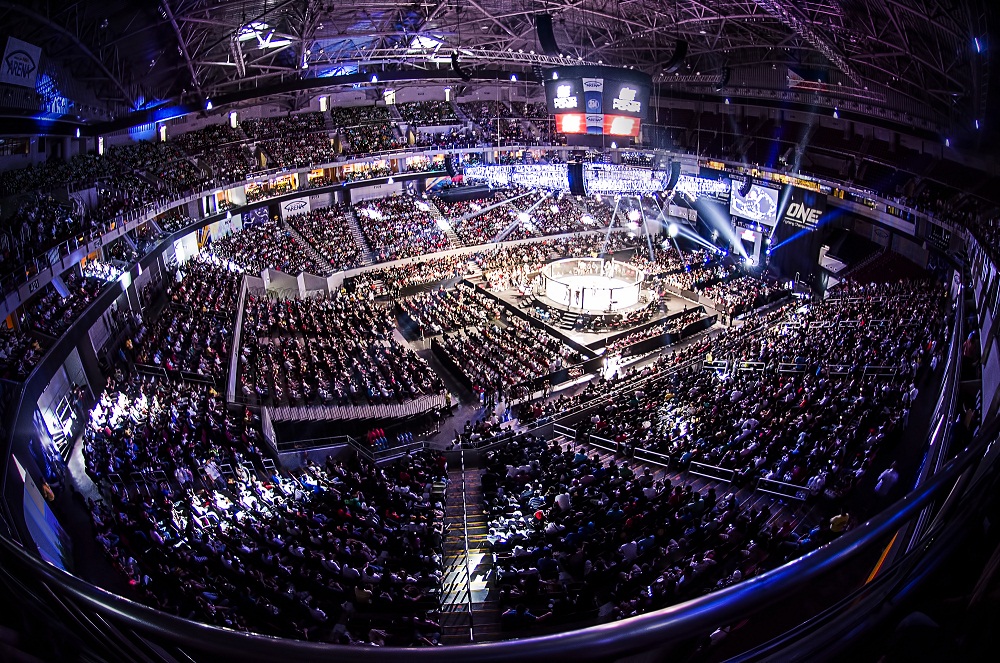 22 April 2016 – Singapore: The largest sports media property in Asian history, ONE Championship™ (ONE), and global music industry giant Universal Music Group (UMG) have agreed to collaborate and create an unprecedented level of sports and entertainment across Asia. The collaboration will see blockbuster concert performances by UMG artists as part of ONE Championship’s live mixed martial arts events, bringing together the intense, adrenaline-pumping action that ONE Championship has become known for with UMG’s world-class musical productions.

CEO of ONE Championship, Victor Cui stated: “ONE Championship and UMG are a natural fit of two global leaders in their respective industries. ONE is the largest and most prolific MMA promotion in Asia, while UMG is the world’s leading music company. Working together will result in new innovations to bring fans to the next level of entertainment, one that they have never experienced before. We’ve always said that the energy of a live ONE Championship event is akin to that of a live rock concert. Now, we are literally putting the two together, bringing the best of the music world to our fans.”

UMG is the world’s leading music company with the largest, most diverse, and culturally rich collection of music ever assembled in the past century. The company features today’s biggest artists such as Rihanna, Maroon 5, Taylor Swift, Justin Bieber, Katy Perry, Lady Gaga, and Kanye West. As digital technology refashions the world, UMG’s unmatched commitment to lead in developing new services, platforms, and business models for the delivery of music and related content empowers ONE Championship with the opportunity to allow new commercial and artistic opportunities to flourish.

ONE Championship has spearheaded the growth of MMA in Asia in recent years, and has become the largest sports media property in Asian history. Working with UMG, ONE Championship is set to leverage its strong global broadcast reach of a potential 1 billion viewers in over 70 countries.

As ONE Championship continues its expansion to major cities across the region, with plans to penetrate potential new markets such as Mumbai, Tokyo, Seoul, Hong Kong, and Macau, the collaboration will undoubtedly add a new level of flair to ONE Championship’s already-exceptional delivery model.

Managing Director of Universal Music, Singapore and Malaysia, Kenny Ong stated: “I am excited that we have reached a mutual understanding to explore with ONE Championship in bringing world-class music to fans using MMA as a vessel, starting with Malaysia, Singapore, Vietnam, Myanmar, Cambodia, Philippines, and Indonesia. Working with Asia’s largest MMA promotion is in line with our vision to provide our artists and large collection of music a unique platform for creativity to flourish. Imagine live ONE events decked out with the best local and international music, that’s what fans can expect!”