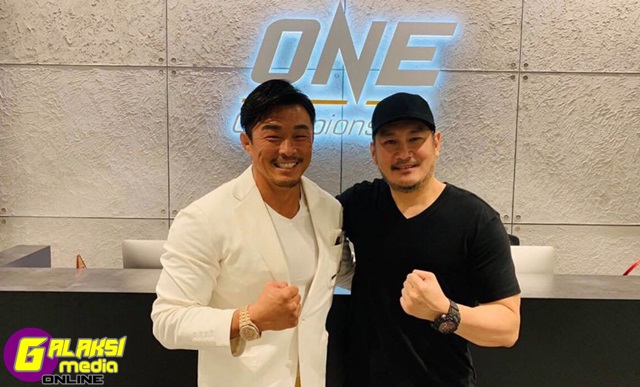 30 November 2018 – Singapore: The largest global sports media property in Asian history, ONE Championship™ (ONE), has just announced that it has added Korean-Japanese mixed martial arts veteran and judoka, Yoshihiro “Sexyama” Akiyama to its elite talent roster.

Chatri Sityodtong, Chairman and CEO of ONE Championship, stated: “I am pleased to announce that we have added Yoshihiro Akiyama to our elite ONE Championship roster. Akiyama is a true representative of Asian martial arts and it is an honor to welcome him to the global stage of competition. He is an absolute legend in the sport, impressing audiences with his supreme martial arts skill and unwavering will to win. Akiyama is set to mix it up with the best and brightest of the ONE Championship welterweight division, and will help lead the charge as ONE Championship heads into Tokyo and Seoul in 2019.”

Yoshihiro Akiyama is one of the most iconic Asian mixed martial artists in history. A fourth generation Japanese of Korean descent, he began his martial arts career garnering accolades on the amateur level. Some of those prizes include a gold medal at the 2001 Asian Judo Championships for South Korea and a gold medal at the 2002 Asian Games for Japan. Known as “Sexyama,” he made his mixed martial arts debut in December 2004 and used his world-class judo stylings as his base. That has led to remarkable success. Akiyama holds a 15-6 professional record, and claimed the K-1 HERO’s Light Heavyweight Grand Prix Tournament Championship. He also defeated some of the industry’s most respected names including Melvin Manhoef, Alan Belcher, and former IBF Heavyweight Boxing Champion Francois Botha. Now, “Sexyama” enters ONE Championship and will compete in the welterweight division.
For more updates on ONE Championship, please visit www.onefc.com, follow us on Twitter and Instagram @ONEChampionship, and like us on Facebook at https://www.facebook.com/ONEChampionship.