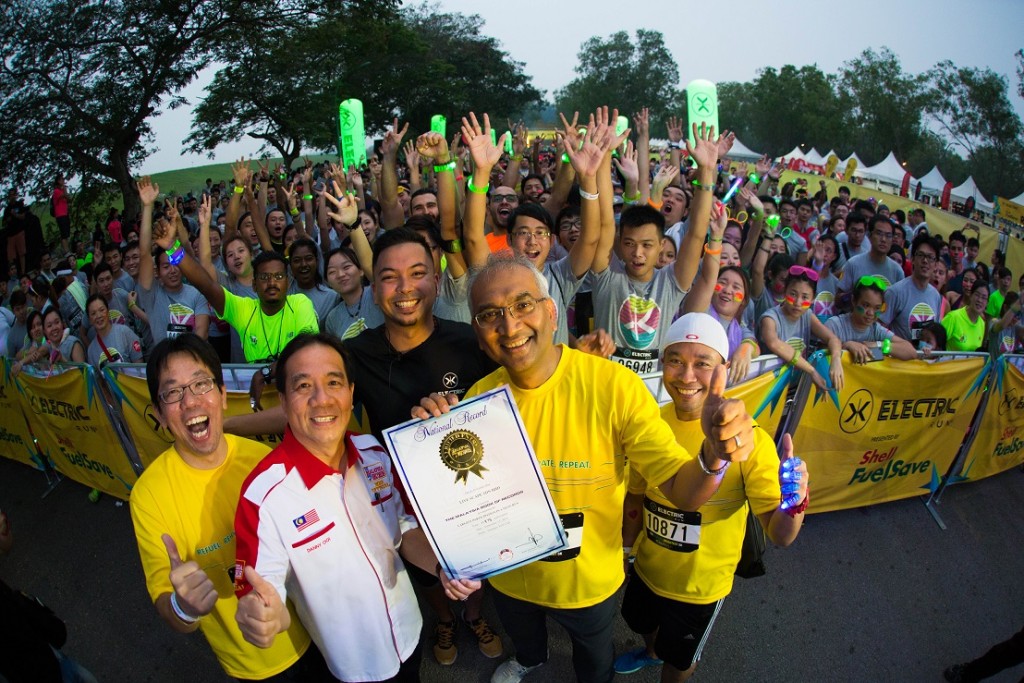 Kuala Lumpur, 6 October 2015: It was all neon and bright lights at the Selangor Turf Club when the world’s most popular night time fun run, Electric Run™, lit up Malaysia for the first time ever recently. Organized by the Livescape Group and presented by leading fuels retailer, Shell Malaysia under the Shell FuelSave brand – the company’s superior fuel efficiency product – the run saw over 10,000 participants from all walks of life running, walking and dancing across an electrifying 5km course. 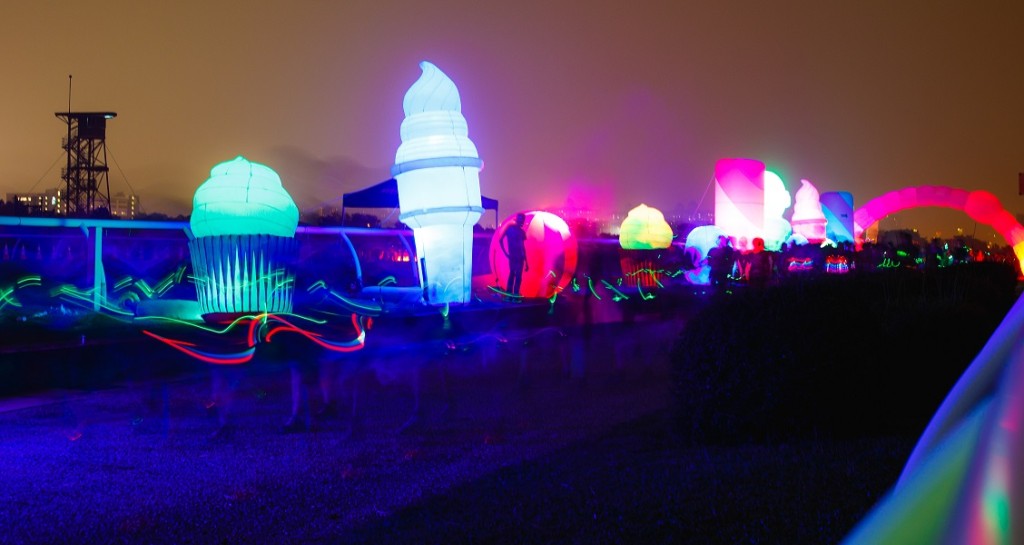 A dazzling sea of colourful lights dominated the eclectic wonderland, as participants both young and old came decked in their most vibrant outfits paying homage to the theme. A record-breaking milestone was also achieved as the Electric Run™ Malaysia 2015 presented by Shell FuelSave entered The Malaysia Book of Records for the title of “Largest Participation in a Neon Run”.

Iqbal Ameer, Group CEO of The Livescape Group and Tuan Haji Azman Ismail, Managing Director of Shell Malaysia Trading Sdn. Bhd. and Shell Timur Sdn. Bhd accepted the certificate for this record title from Tan Sri Datuk Danny Ooi, Founder and Managing Director of The Malaysia Book of Records, before the start of the run.

“We are extremely ecstatic to make history with Shell FuelSave today in achieving the title of “Largest Participation in a Neon Run”. It is exciting and heart-warming to see so many people come together to celebrate music and fitness. The diversity of the run, in both colour, sound and energy is what makes first Electric Run™ in Malaysia a truly electrifying spectacle,” said Iqbal Ameer. 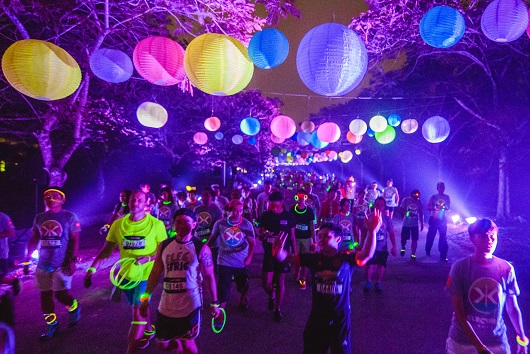 The run, which was flagged off by Tuan Haji Azman Ismail; Au Tong Sing, National Sales Manager of Shell Malaysia Trading Sdn. Bhd; Ben Mahmud, Head of Retail Marketing of Shell Malaysia Trading Sdn. Bhd and Shell FuelSave Ambassador, Fahrin Ahmad saw the crowd cheering with excitement, as a cannonball of fireworks signalled the start of the run. Local DJ, Shaheed Naz of DANGERDISKO also pumped up the crowd with pulsating beats, as they embarked on their illuminated journey.

“Shell Malaysia aims to deliver the highest standard of customer experiences, not only at our stations but also beyond them. With Shell FuelSave, we wanted to provide a platform for our customers to pursue their passions, which is why we partnered with the Livescape Group for the inaugural Electric Run™ Malaysia 2015. The fun run allows our customers to spend time with their loved ones against a fantastic background of light and sound, allowing them to create lasting memories,” said Tuan Haji Azman Ismail.

“More than that, we want our customers to know that with Shell FuelSave, they can go further in doing more of the things that they enjoy and love the most. Ultimately, we want to help Malaysians get more out of their journey by encouraging them to make the smarter choice with Shell FuelSave, which is designed to last longer per tank. Through our partnership with the Livescape Group, we aim to help runners at the Electric Run™ go the distance efficiently by practicing our Shell FuelSave tips.” 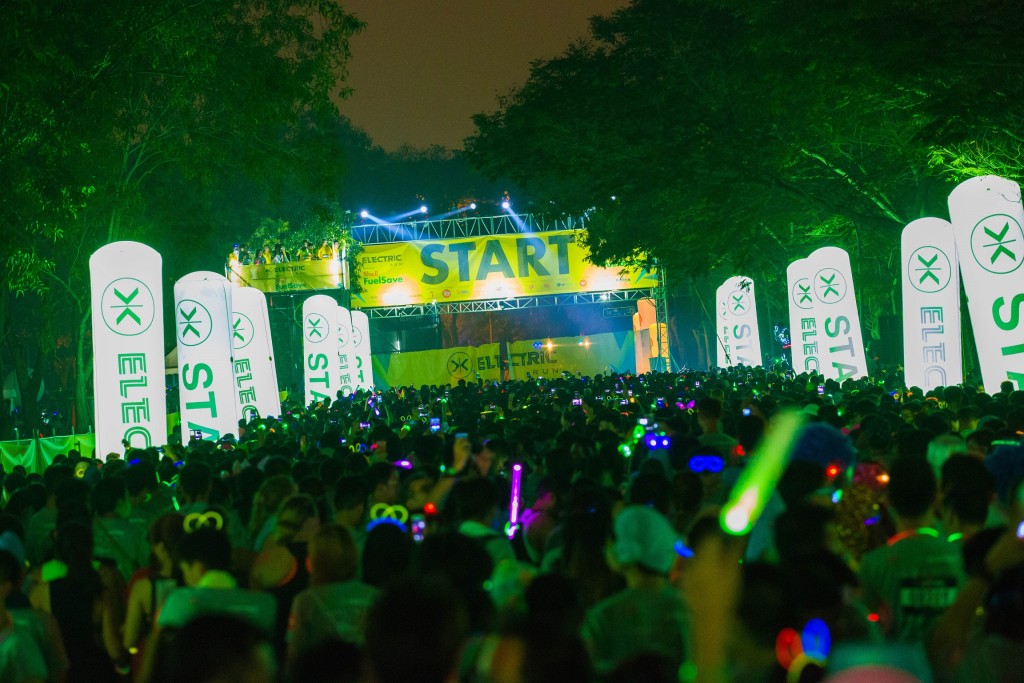 As a means of bringing to life the Shell FuelSave tips in a more relatable way, the Electric Run™ saw a range of live demos located along the track, which showcased the parallels of running and driving. Runners were able to learn how lightening the loads they carry, keeping pace and staying hydrated could help them run more efficiently, just like how their car is able to cover more miles on a full tank with less weight, smoother driving and using the right fuel.

A mesmerizing showcase of sight and sound

Runners began their Electric Run™ experience at the first Courseland, Neffmau5 Land where they were taken to an ethereal wonderland of neon trees and sky lanterns. They then “weathered the storm” at Rainforest with glowing umbrellas hanging overhead and soothing sounds of the forest in the background. 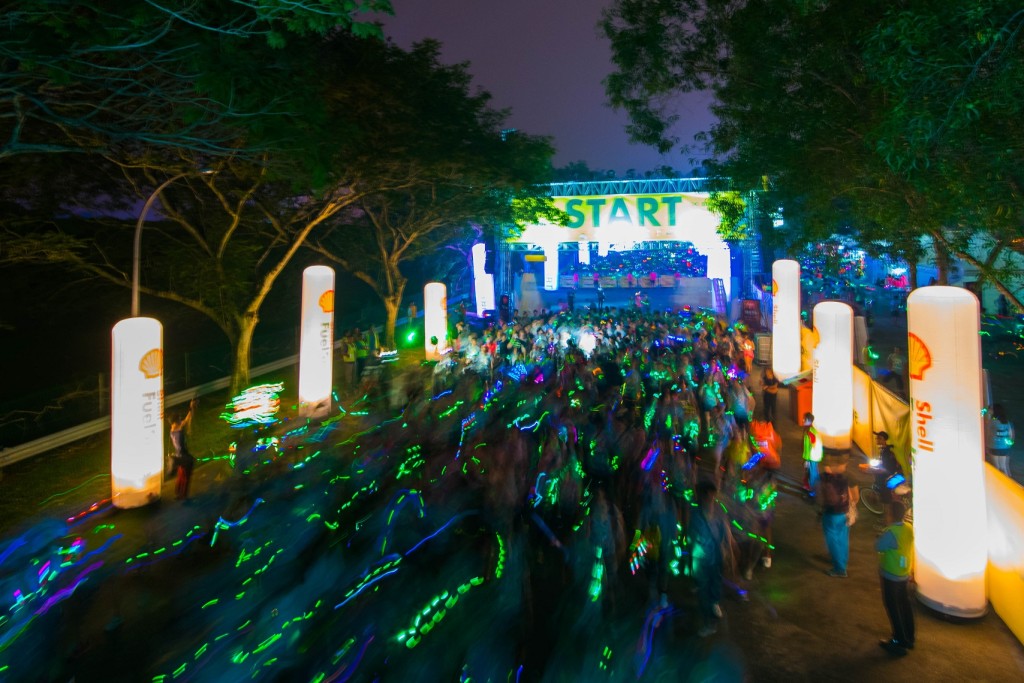 At Rainbow Road, participants were then greeted with technicolour arches of lights, before they were transported to an aquatic paradise decorated with brightly lit, giant marine life at Under The Sea. Last but not least was Candy Lane, which was a treat for those with a sweet tooth; a candy wonderland brought to life with the delightful fragrance of cotton candy, vanilla, popcorn and cinnamon.

Eventually, participants made their way to the Finish Line Celebration where they partied with some of the biggest names in Malaysian music including acts like Enterprise, Paperplane Pursuit, Kyoto Protocol, Jin Hackman and Dae Kim, and Nesh and TRuF. With the run culminating in an exhilarating finish, a spectacular fireworks show ended the night on a high note.