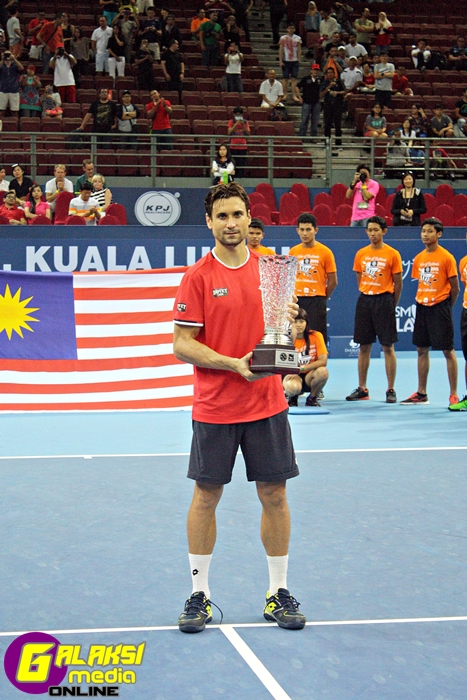 Top seed David Ferrer saved his best form in Kuala Lumpur for the final match as he swept aside a strong challenge from Spanish compatriot Feliciano Lopez, winning 7-5, 7-5 in 93 minutes to pick up his fourth title of the year and 25th career title at the Malaysian Open, Kuala Lumpur 2015. 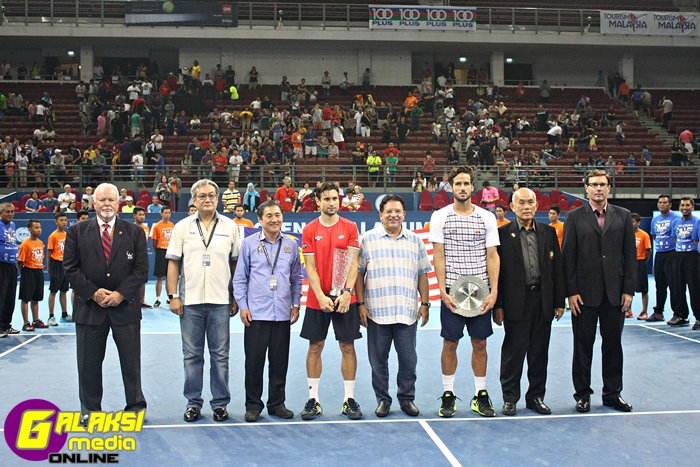 In an thrilling all-Spanish finale, the world No.8 Ferrer was in sensational returning form, winning 59% of second serve returns and crafting eleven break opportunities (converted three) in the 93 minute long match.

The 33-year-old Spaniard collects the winners cheque of USD$170,600 and 250 points as he further cements his No.8 position in the Emirates ATP Race to London standings (460 points behind Nadal and 900 ahead of Gasquet). 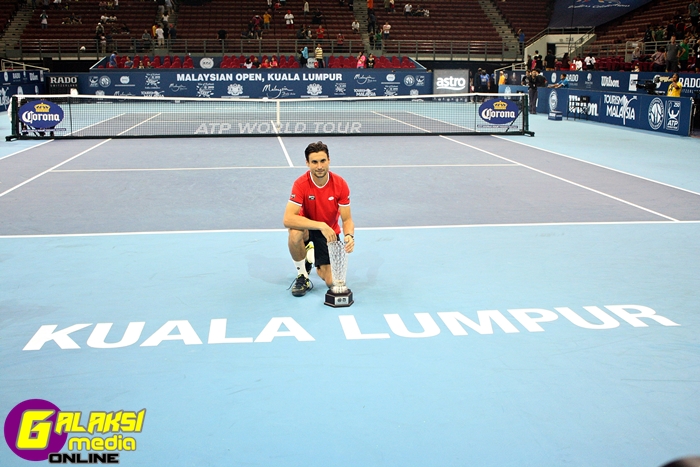 “I am very happy. I played good during the match – I served well, I received well and I played consistently. I’m very happy with my game. It’s important for my game to serve well because if I don’t, it will be difficult against Feliciano because he pressures a lot at the net. This year is a good year – I won all my finals,” said Ferrer, who now has a 25-25 overall record in career finals. 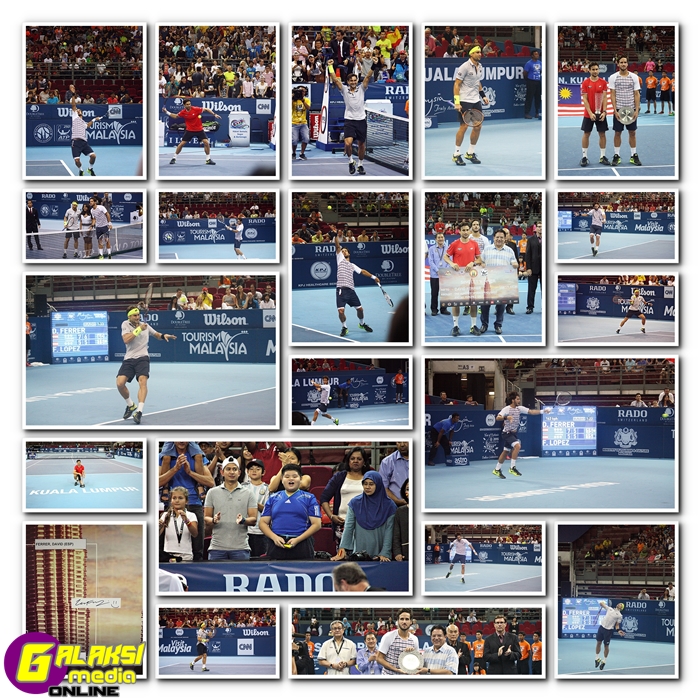 “I think I was serving good enough but maybe not good enough to beat him. I think he is one of the fastest guys in the world in returning serve. Well I just wanted to do better but I couldn’t make it because he was better than me. Everything I tried, he made a better shot,” said the 34-year-old world No.17 Lopez after his defeat. 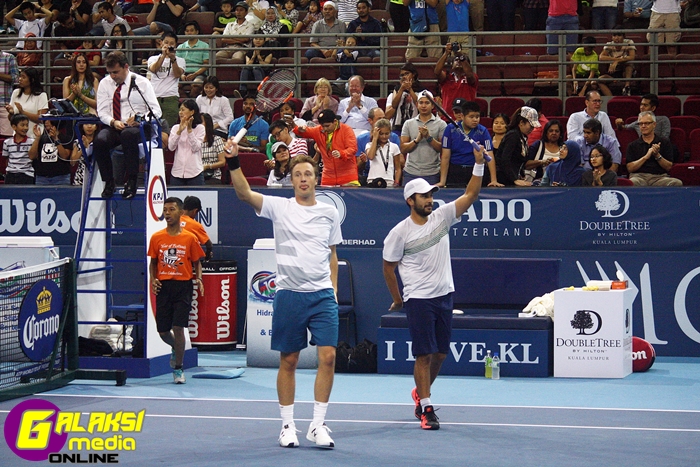 In an exciting doubles finale, second seeds Treat Huey of the Philippines and Henri Kontinen of Finland picked up their second title in as many weeks with a 7-6(4), 6-2 victory over top seeds Raven Klaasen and Rajeev Ram.

The duo, who enjoyed a dream debut at St. Petersburg last week, won 81% of their first service points to extend their unbeaten run to eight matches and pick up the USD$51,820 doubles winner’s purse. 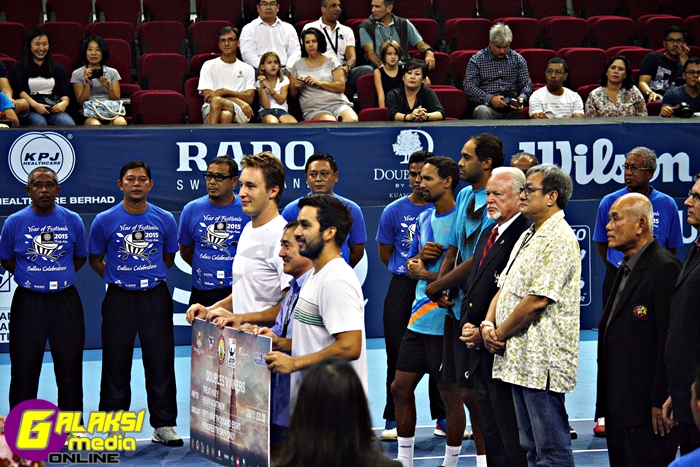 Huey picks up his third title of the season in four finals (sixth of career) while Kontinen has won an incredible five doubles titles in 2015 to add to his first career title picked up last year at the Generali Open.

“The score maybe was not that close but there was a lot of close points there. It came down to one or two points and we played well in the points that really mattered in the end so it was a lot of fun to get the win. It’s always good to play near the Philippines. There were always some Philipino fans cheering for me and that makes it extra special,” said Huey, who picks up his first title on Asian soil.

“It is not something we expected two weeks ago when we started playing. From the first match, we felt good playing together. We understand each other very well and when we talk about the game we’re on the same page, and when you win a lot of tight matches (in tie breaks), you get confident that you’ll somehow find a way,” Kontinen said. 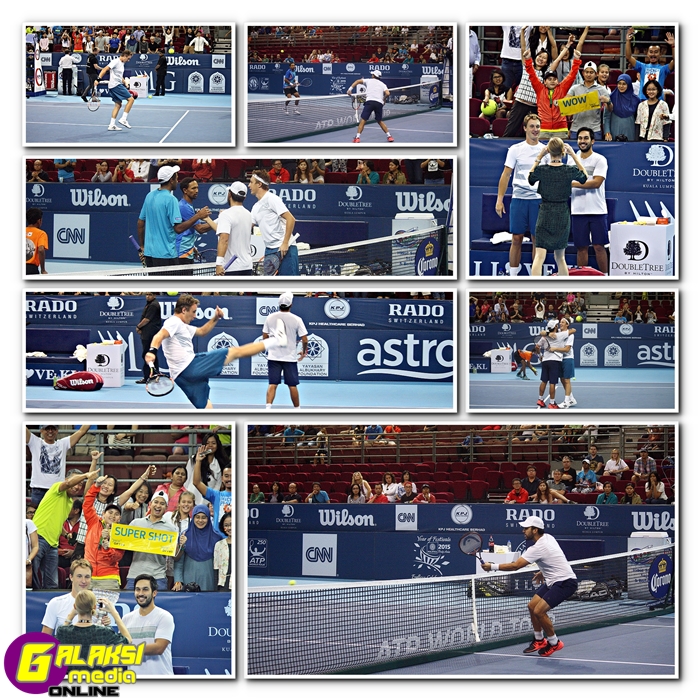 After a highly successful seventh edition, the tournament would like to thank its suite of official sponsors. In addition to the distinguished support of the Event Patron, the Ministry of Tourism and Culture, Malaysia and Tourism Malaysia, Ministry of Education as well as the Ministry of Youth & Sports, the event is proud to have prestigious commercial sponsors that include KPJ Healthcare Berhad, Rado, CNN International, the DoubleTree by Hilton Kuala Lumpur, Wilson, 100 Plus, the Albukhary Foundation, Astro and the ATP World Tour’s Premier Partner Corona.