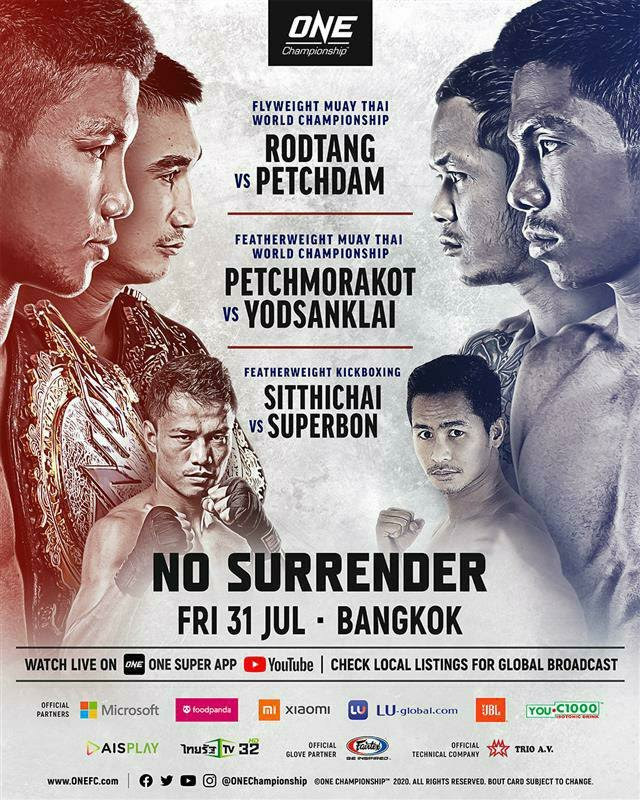 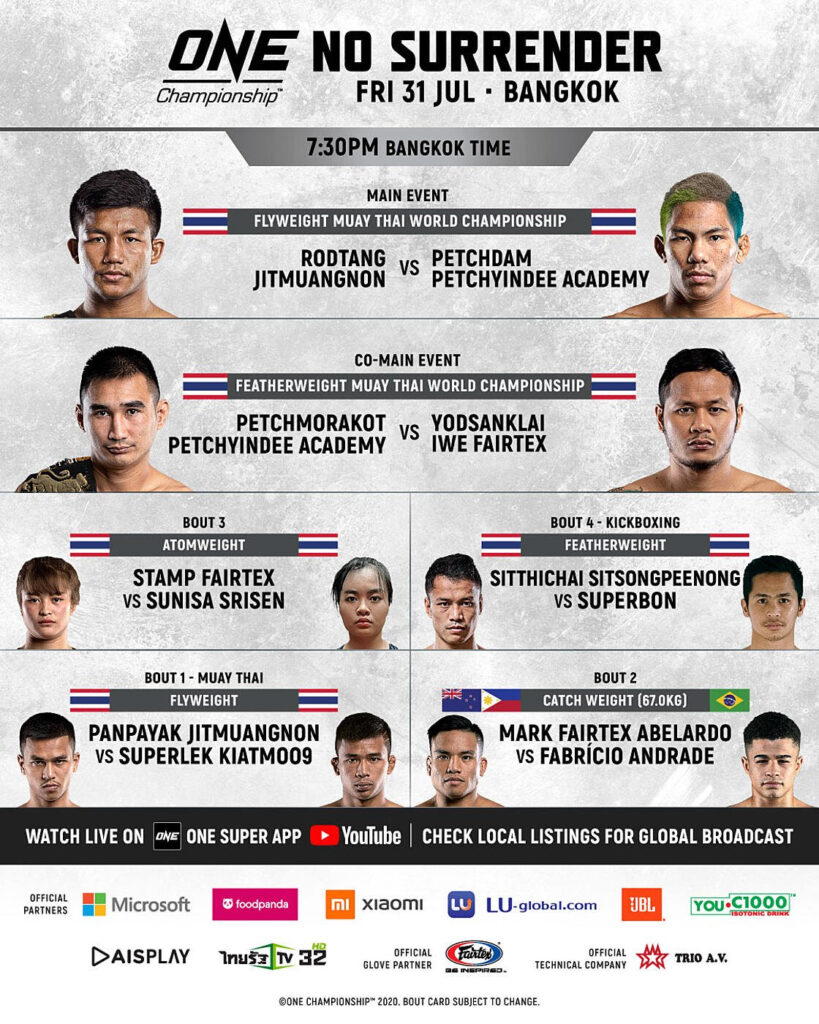 Rodtang is scheduled to defend his ONE World Title against rival Petchdam Petchyindee Academy in the main event, the legendary Yodsanklai will challenge Petchmorakot Petchyindee Academy for the ONE Featherweight Muay Thai World Championship, while Stamp takes on newcomer Sunisa Srisen in a women’s mixed martial arts contest.
Here’s what they had to say ahead of their respective matchups:
Rodtang Jitmuangnon, ONE Flyweight Muay Thai World Champion, stated: “What can I say? I believe I am tougher than he (Petchdam) is. I studied his recent training, and I can say Petchdam has made a lot of improvements since the last two times I fought him. But I think his style is still going toe-to-toe. I can move backward, forward, and with powerful punches. This style has brought me victories. I’m going to knock him out. I know he has many trainers helping to prepare him for this fight. He really wants my belt. But we’re using 4oz. gloves for this one. My power will bring me victory. Anytime I compete, I always want the fans to have fun and be excited. I want this fight to be one of the most memorable for all the fans, for me and for Petchdam.”
Yodsanklai IWE Fairtex, ONE World Title Challenger, stated: “This is a tough championship fight and I need a belt on my shoulder. It will be my honor to win the ONE World Title. ONE Super Series is the biggest global stage I’ve ever performed on in my career. I know I am much older than he is, but I don’t think age is a disadvantage here. My experience will provide me the victory. I want to invite everyone to watch this fight, it’s going to be special.”
Stamp Fairtex, ONE Atomweight Muay Thai World Champion, stated: “I am so excited to be in the ring again. I’ve waited such a long time for this moment. I want to continue improving my skills in mixed martial arts, that’s why I took this fight. But of course, the title I lost to Janet Todd is still on my mind. I’m hungry to get revenge there too. Sunisa [Srisen] is a friendly girl and kind of a younger sister to me. I think she’s good in Judo and her ground game. My strength is in striking, however, I think I have more experience. I’m going for the knockout.”
For more updates on ONE Championship, please visit https://www.onefc.com/about-us/, follow us on Twitter and Instagram @ONEChampionship, and like us on Facebook at https://www.facebook.com/ONEChampionship.