KUALA LUMPUR, 14 MARCH 2018 – Kids are in for a treat this school holidays as LEGO® brings the all-time favourite ninjas to Mid Valley Megamall. In conjunction with the launch of their all new LEGO® Ninjago® Spinjitzu Masters spinners, LEGO® Malaysia keeps the ninja spirit alive with the LEGO® Ninjago® Spinjitzu Masters Challenge event. END_OF_DOCUMENT_TOKEN_TO_BE_REPLACED 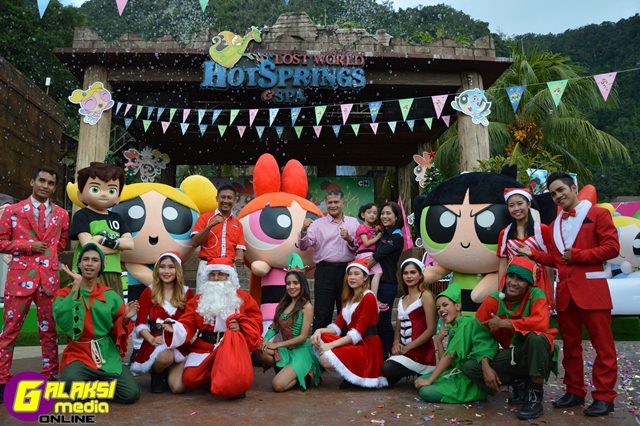 IPOH, 16 November 2017 – School’s almost out and the holidays are around the corner! What could be better than having a day out at Lost World Of Tambun (LWOT) with some of TV’s favourite heroes. Hang out with Cartoon Network characters The Powerpuff Girls – who juggle school and saving the world (all before bedtime) – and Ben 10, a fun-loving 10-year-old boy who can transform into aliens. END_OF_DOCUMENT_TOKEN_TO_BE_REPLACED

Tags: and, Ben 10, Brings, Lost World of Tambun, The Powerpuff Girls, To Life~ Kuala Lumpur, Malaysia – 7 December 2016: Global technology leader Lenovo (HKSE: 992) (ADR: LNVGY) continues their innovative streak with the launch of the Yoga Book, the thinnest and lightest 2-in-1 multimode and their latest series of Phab 2 devices which include the world’s first phablet that supports Google’s Tango technology.  END_OF_DOCUMENT_TOKEN_TO_BE_REPLACED

Tags: and, Brings, Lenovo, Phab 2, SERIES, State of the Art Technology, with the, Yoga Book

KUALA LUMPUR, 8 September 2016 – Royal Bank of Canada (RBC) has announced the RBC Race for the Kids global race series for children charities will make its way to Kuala Lumpur for the first time on Sunday, 16 October 2016. END_OF_DOCUMENT_TOKEN_TO_BE_REPLACED