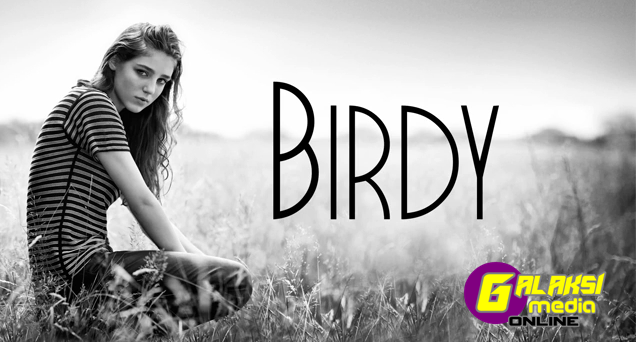 After a successful run with her cover of Bon Iver’s “Skinny Love” (1# in Australia, Belgium & Netherlands)

From her upcoming album Fire Within

First single off the album

Critically-acclaimed British singer/songwriter Birdy is pleased to announce details of her brand new album Fire Within, which is released on September 23 through 14th Floor/Atlantic Records. She recently previewed a taster of two brand new tracks from the studio on her website, one of which is her upcoming single ‘Wings’, out on September 8.

Birdy (Lymington born Jasmine van den Bogaerde) commented – “It’s been an incredible few years since I released my debut album back in 2011. I’ve been writing new songs and I’m so excited for people to hear them. They come straight from my heart.”

In this new phase her fans will see Birdy come to the forefront as a songwriter in her own right, having written/co-written all of the 11 tracks on the new album. Over the past year, Birdy’s been in the studio collaborating with some of the biggest names in the business including Ryan Tedder (Beyonce), Dan Wilson (co-wrote and produced ‘Someone Like You’ for Adele), Rich Costey (Muse, Arctic Monkeys, Sigur Ros) and Ben Lovett from Mumford & Sons, whom she’s collaborated with in the past. She’s also worked with some amazing musicians including Rage Against the Machine bass player Timmy C and Paul Jackson Jnr and Omar Hakim (Daft Punk’s band on latest album Random Access Memories). The Album also sees Birdy expanding on her already amazing musical abilities by taking on the role of guitarist in both the recording sessions and live performances.

New tracks such as ‘Wings’ and ‘No Angel’ see Birdy explore familiar themes of love and passion. It’s also a statement of intent as demonstrated in the lyrics to ‘No Angel’: “I ain’t no angel, I never was.”  She’s not a little girl anymore. She’s an assured artist with something to say and even the album title Fire Within showcases her burning desire to create music for fans around the world to enjoy. As well as the introspective piano ballads that she’s known for, her audience will be pleasantly surprised to hear new tracks such as the upbeat ‘Light Me Up’. Once the world hears her 11-track offering, they’ll be wowed by Birdy’s new sound.

Since emerging onto the scene in 2011, Birdy has catapulted herself into a realm of pop stardom across the world and picked up many accolades along the way. Take her debut single: a spine-tingling rendition of Bon Iver’s ‘Skinny Love’; a song that has been breaking the airwaves across the world for a couple of years and safely placed Birdy amongst some of the UK’s most important singer/songwriters of our present time. The track proved to be a huge success around the world, reaching gold certification in the UK and Ireland, platinum certification in Belgium, France and Switzerland, triple platinum in Holland and a ground-breaking five times platinum in Australia. Her follow-up singles ‘People Help The People’ and ‘1901’ again followed suit, selling hundreds of thousands of copies worldwide.

Birdy’s self-titled, UK gold-certified debut album shot straight to #1 in Australia, Belgium, Holland and France upon its release in 2011 and debuted in the Official Top 20 in the UK. The album featured her unique interpretations of songs by much-loved artists of the singer such as Bon Iver, Cherry Ghost, Phoenix, The National and The xx. The album also featured one of Birdy’s self-penned songs ‘Without A Word’. With the huge success, the acclaim rolled in with Uncut stating Birdy was ‘a talent to be reckoned with,’ while The Observer said ‘her voice blooms from fragility into something spine-tingingly plangent.’

From performing on the likes of huge, US chat shows such as Conan O’Brien and The Ellen DeGeneres Show, closing Holland’s and Germany’s finale of The Voice, selling-out three nights at the Sydney Opera House to performing at London’s Paralympic Opening Ceremony with track ‘Bird Gerhl’ by Anthony and the Johnsons, it’s safe to say that Birdy has been building her career to great heights. The singer wrote ‘Just A Game’ for the official soundtrack to box office smash The Hunger Games last year, where she worked with the legendary T Bone Burnett and also featured on the song ‘Learn Me Right’ with Mumford & Sons for the Pixar film Brave. She’s now reached over 1.1 million likes on her Facebook and over an astonishing 138 million views on her official YouTube channel.