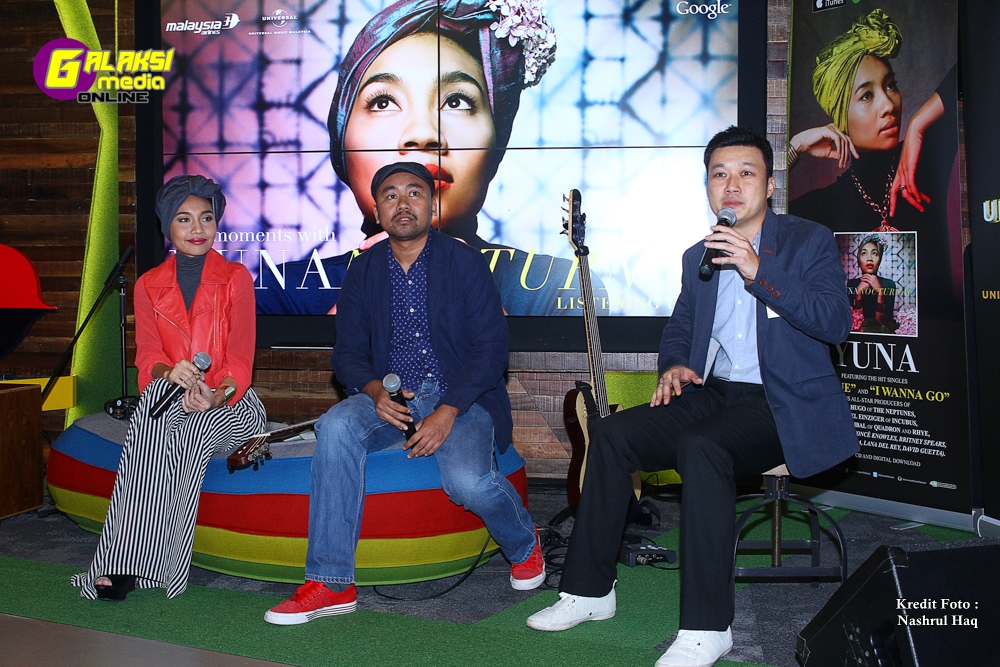 In a remarkably short period of time, Yuna has risen from regional D.I.Y. notoriety to full-on international stardom.  In the process, the charismatic young singer-songwriter from Malaysia-who makes her Verve Music Group debut with Nocturnal-has set her sight to conquer the American market. The ease with which Yuna has transitioned to border-defying mainstream success shouldn’t be surprising, considering the effortlessly universal appeal of her organic blend of contemporary pop, acoustic folk and soulful R&B.  The artist’s personally charged songs are deeply felt yet melodically irresistible, combining her engaging voice and expressive songcraft with imaginative production to create wholly distinctive music that’s won her comparisons with the likes of Feist, Adele and Norah Jones.

Recorded in Los Angeles, Nocturnal marks a major step forward for Yuna, expanding upon the achievements of her self-titled 2012 debut album and its Pharrell Williams-produced breakthrough hit “Live Your Life.”  Nocturnal’s 11 sparkling new originals include the warmly intoxicating first single “Falling,” produced by Robin Hannibal of Quadron and the soul-pop group Rhye; the effervescent, uplifting “Rescue,” produced by English pop auteur Chris Braide; the breezy, upbeat “I Wanna Go,” produced by Michael Einziger of Incubus; and the hauntingly bittersweet “Someone Who Can,” produced by Chad Hugo of the Neptunes.

“I feel like I get to show a more mature side of myself on these songs,” Yuna states, adding, “I’m a different person than I was when I made the last album.  I’ve seen and experienced a lot of new and exciting things, and I was inspired to write about those things.

“I also got to explore a lot of different genres and different sounds on these songs,” continues.  “We did a lot of experimenting; doing things like working with traditional Malaysian instruments and making them work in the context of a pop song that sounds current.  Because I come from a folkie-singer-songwriter background, in the beginning I was really stubborn about trying new things.  But I learned to enjoy the beauty of what can happen when creative people get together and come up with something new.  I love mixing all these genres together, and I was fortunate to have all of these really talented producers to help bring these ideas to life.”

Yuna’s North American breakthrough in 2012 saw the artist winning widespread acclaim while achieving several significant career milestones.  Rolling Stone praised her combination of “certified indie cred and massive pop potential,” while The New York Times described her music as “gorgeous.”  She performed high-profile sets at the Lollapalooza and Bonnaroo festivals, and appeared on The Tonight Show with Jay Leno.  Yuna’s music was also featured in several films, including her stellar cover of The Beatles’ “Here Comes the Sun” in Oliver Stone’s Savages and her collaboration with Owl City on “Shine Your Way” for the hit animated feature The Croods.

Growing up in Malaysia’s capital city of Kuala Lumpur, Yuna was exposed to a wide variety of homegrown and western music, thanks in large part to her father’s wide-ranging tastes in American rock, pop, blues and jazz.  She began writing her own confessional songs, most of them in English, at the age of 14.  She was still in her teens when she began performing her compositions in public, initially accompanying herself on acoustic guitar and later forming a full band.

Yuna experienced success early on, with a quartet of popular indie releases in Malaysia, beginning with her self-titled 2008 EP.  That debut disc became a major seller at home, producing the hit single “Deeper Conversation.”  The following year, Yuna won the first of several Anugerah Industri Muzik awards, Malaysia’s equivalent of the Grammy.  During the same period, the artist also found time to attend law school and open IAMJETFUEL, a successful women’s clothing boutique.

Thanks to a powerful online fan base and international word-of-mouth, news of Yuna’s talents reached the United States, where she signed with the American management firm Indie Pop.  She also took her first steps into the American marketplace, releasing the five-song sampler EP Decorate on the Fader label in 2011.

“Live Your Life” and the Yuna album arrived on the American scene the early months of 2012, establishing her as a popular stateside presence.  She performed “Live Your Life” on the late-night TV shows Conan and Last Call with Carson Daly.  She was also featured on NPR and the CBS Evening News, and in such notable print outlets as The New York Times, Billboard, Elle, Vibe, Allure, Seventeen, Marie Claire and even National Geographic, which described as being “as fresh, honest and deeply personal as anything by Bon Iver or tUnEyArDs.”

Having travelled extensively and absorbed a wide array of English-language music early in life, Yuna was able to make a comfortable transition to creating music in America.  “Coming to America was a lot of fun for me, because it’s an amazing working atmosphere for musicians and artists,” she says.  “I had fun when I recorded in Malaysia, but America is so big and so inspiring, and there are so many talented people to work with.

“I don’t really like the idea of putting myself in any category now,” she concludes.  “But as a pop artist, I feel like it’s easy for me to manoeuvre from one thing to another and try different things.  To me, it’s all just music, and if you have good lyrics and good melodies and good production, people won’t care what you call it.  I think that people are looking for music that’s real and honest and that they can relate to emotionally.  I think we’ve created that with Nocturnal.  The whole project was a challenge for me, but I’m very happy with the way it turned out.”

“It gives us great pleasure to include such talented figure into our ever-growing Universal Music family. We know that we captured a rare gem when it comes to Yuna. With her great domestic and international success, she not only put Malaysia on the musical landmark but also open the door to many musicians that with talent and determination, success is within reach.” expressed Loan Cheong, Managing Director of Universal Music Malaysia. Loan added, “This is only the beginning to a long trail of success between Universal Music and Yuna. I’m confident and upbeat that fans will be in for a treat with Yuna.”

Nocturnal is now available on iTunes, Spotify, Deezer and CD at a music stores near you.

“Her music is gorgeous” – The New York Times

“Refreshing to hear her music and lyrics that are honest and eye-opening at the same time, in a realm (pop music) where we so often speak down to a certain groups of people in a record” – Concreteloop.com

“Like a Suzanne Vega who doesn’t need a remix” – emusic.com

“Nocturnal is one of the most honest and intoxicating albums of 2013” – exclaim.ca

“Nocturnal is a crisp and beautiful exploration of sunny pop songs with unique instruments providing a multicultural backdrop” – Groundsounds.com 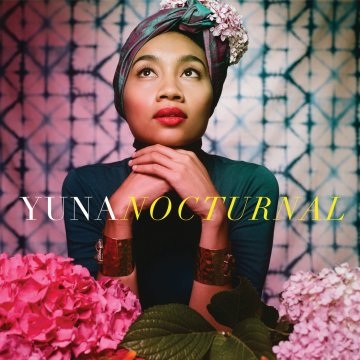 Standard and deluxe both include: