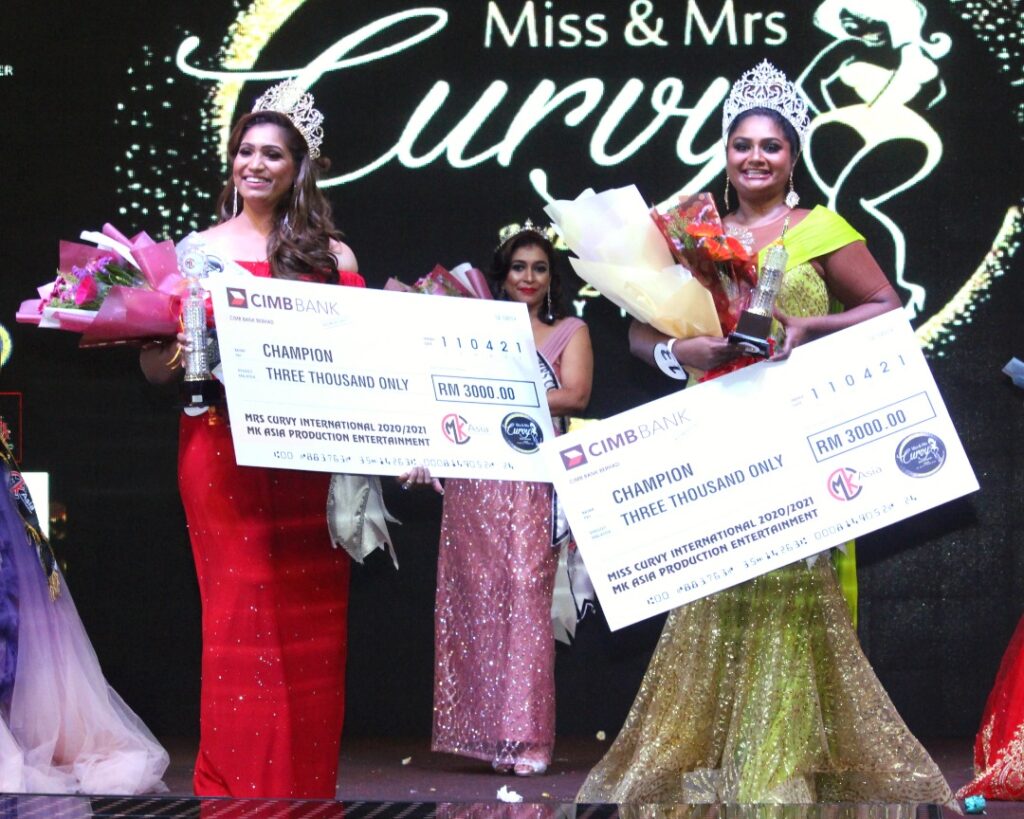 Klang, Sunday, 11th April 2021 – MK Asia Production Entertainment continues to raise the bar for plus-sized women in the nation with its highly engaging and empowering Miss & Mrs Curvy International Beauty Pagent, by transforming, refining and bringing out the extraordinary from within each and every one of its beautiful delegates. 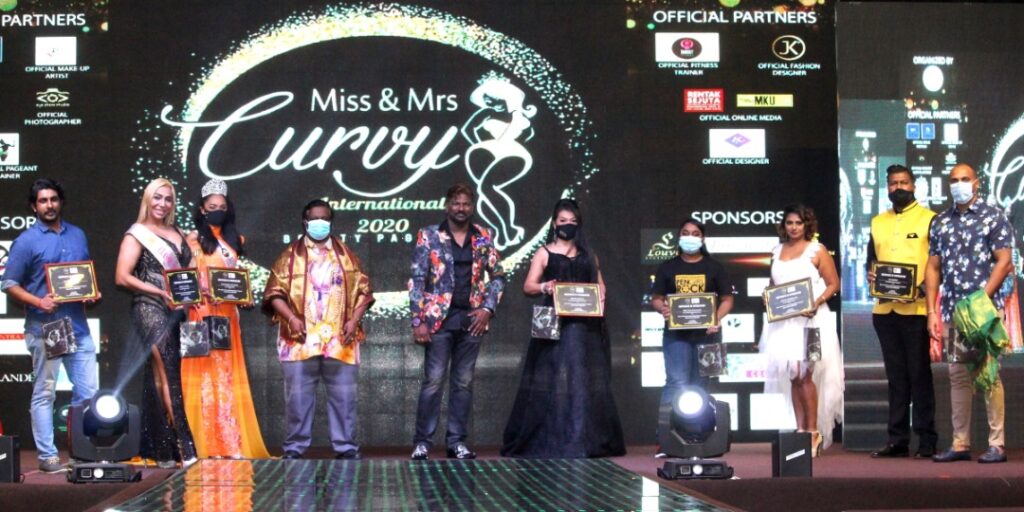 Despite countless delays, due to the various movement control orders that were introduced throughout 2020 and early this year, the grand finals of the pageant with 17 delegates was finally managed to be staged at the classy RDA Banquet Hall in Kota Damansara, last Sunday night.

Shamini Manoharan, a 37-year-old agriculturist from Johore Bahru was crowned Miss Curvy International 2020-21, while Indra Lina, a 42-year-old educator from Selangor was crowned Mrs Curvy International 2020-21. Shamini also won the Best Evening Walk (Miss) subsidiary title, while Indra secured the Mrs Photogenic subsidiary title. For their valiant efforts, they each won RM 3,000 in cash, a crown, a sash, a trophy, a bouquet and various other valuable prizes, for their main victory.

Completing the top 5 were Sreevidya Nair and Aliyahana Shalini in the Miss category, with Bathma Priya and Ruby Kandasamy in the Mrs category.

According to MK Asia’s CEO and the pageant’s founder Muraalie Kannan, Miss & Mrs Curvy was created to bring plus-sized women who faced various challenges and body shaming, out of their shells and fear, and also to show the world that these beautiful and extraordinary women are worth much more than society perceives them to be,

“I wanted to empower plus size women and give them a platform where they could be themselves, embrace self-love and create self-acceptance, thus instead of plus size, CURVY was born”, Muraalie explained in his welcome address.

“The name itself inspires women with an outlet to experience not only the thrill of walking on stage but also creates the opportunity to experience the magnanimity of serving others in a unique and rewarding way. It gives curvy women a platform to showcases their talents and to empower their dream of making their future more confident”, he further elaborated.

Echoing Muraalie’s thoughts was the pageant’s guest of honour Dato’ Dr Lingeswari Narayanan, the coordinator to the Chief Minister of Perak’s Polical Secretary. “I believe that we are put on this earth to achieve great things. This is what I saw in Muraalie Kannan, living out his vision to improve and create an objective, a path and a journey for being a women.”, hePageant co-sponsor Dato’ MD Kalai Arasu, founder of Persatuan DK Malaysia (PDKM), in his special written message to the pageant expressed , “MK Asia abides by the simple philosophy that all women are beautiful and that we should all celebrate our curves.”

“MK Asia’s Miss & Mrs Curvy is a structured organisation that has been designed to celebrate and raise the level of beautiful and bold women of curves, and also to raise awareness while empowering women to overcome stereotypes and break barriers,” he further emphasised.

“PDKM looks forward to working hand in hand with MK Asia in our efforts to serve the community.” Dato’ Kalai concluded.

The pageant grand finals saw several rounds of competition on the night which included the flamboyant traditional attire round and stunning evening wear round, The highlight of the night was the outstanding talent round which featured all 17 finalists giving their ultimate best.

The third edition of the popular plus-sized pageant was once again organised by MK Asia Production Entertainment.

The pageant was emceed by Sha Gloria and Tamil Silven Krishnan.