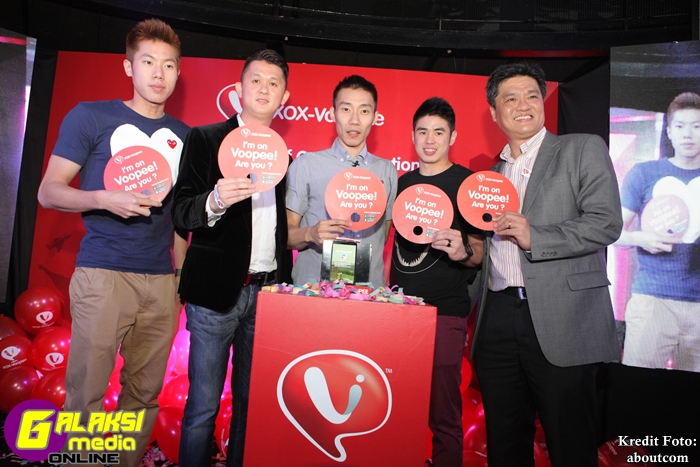 XOX Berhad unveils the XOX-Voopee, an innovative mobile service application that allows smartphone users to have an actual second mobile number, minus the need for an additional phone or SIM card.

Smartphone users are all too familiar with mobile applications that enable free Voice-Over-Internet-Protocol (VOIP), SMS, and instant messaging (IM).

According to Malaysian Communications and Multimedia Commission (MCMC) through a survey carried out on 2,401 hand phone users in 2012, 56.3% of smartphone users used such mobile apps for texting.  When it comes to calls, the survey noted that 42.3% of them leveraged on mobile apps to avoid charges.

Speaking at the media launch recently, XOX Berhad Group CEO, Mr. Ng Kok Heng said, “In simple terms, it is an app that allows you to call, text on data network without any charges.  Yes, absolutely free.”

This is possible as the Voopee utilizes the power of the Internet via mobile data connection or WiFi to provide the services.  Unlike other applications, the Voopee also allows its subscribers to call and text non-Voopee numbers.  It works exactly like normal mobile services, but at more affordable rates.

According to Mr. Ng, Voopee users can also call and text non-Voopee numbers using a dedicated SIM-free mobile number provided by XOX, and will be charged with local call rates which vary for countries.

“Another advantage of Voopee is when you are overseas,  you do not need to worry about your roaming charges on phone calls.  As long as you are connected to the data or internet via WiFi, you can receive calls from callers situated anywhere in the world.  The callers will be paying the local rate, while you are not paying anything, at all,” Mr. Ng added.

“As a visionary mobile operator, XOX envisions the concept of Voopee for many years and our team worked really hard to bring the product to consumers.  And we are proud to announce that Voopee now supports all the major mobile operating system platforms,” Mr. Ng concluded.

Jointly developed by a European mobile solution provider and a Malaysian mobile operator, the Voopee service is already in place in a few countries such as Singapore, Hong Kong, Indonesia and for Malaysia, it is known as XOX-Voopee.

XOX-Voopee allows the users to maintain their same Malaysian mobile phone number even they need to switch to an international mobile operator SIM when traveling abroad, everything in the same one smartphone.

Currently the app can be downloaded from Google Play and is also ready for use on iOS platforms.  For more information, please visit www.voopee.com