(SUKAN)  3 of Agilan Thani’s finest finishes in ONE Championship 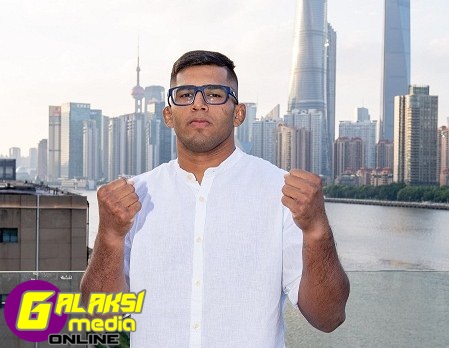 He may only be 23 years old, but Kuala Lumpur’s Agilan “Alligator” Thani has exhibited a tremendous understanding of the game in 12 ONE Championship appearances.

Thani has fought through several challenges in life to be where he is today, and on Saturday, 15 June, his next task awaits. The Monarchy MMA representative takes on Yoshihiro “Sexyama” Akiyama at ONE: LEGENDARY QUEST in Shanghai’s Baoshan Arena.

Both mixed martial artists are more than capable of a finish and ahead of this must-watch welterweight clash, let’s relive some of the finest finishes from the “Alligator” at The Home of Martial Arts.

The ever-explosive “Alligator” wasted no time in securing a double underhook barely seconds into the bout.  A short tussle ensued but moments later Thani successfully took his opponent to the ground.

From then on it was his game to lose, as Hiba struggled to escape Thani’s mount. It was ground and pound at its finest, but the Egyptian was still not giving up.

An attempt to escape however proved to be the deciding factor as the Sentul native beautifully transitioned onto his opponents back, before securing a tight rear-naked choke to force his opponent to tap at 3:05 of the opening stanza.

ONE: THRONE OF TIGERS in 2017 marked Thani’s first co-main event battle, and despite the huge pressure on his shoulders, he took the bout in his hands with another grappling clinic against Jeff Huang.

The “Alligator” utilized his dominant traits, leaving his opponent on the fence for most of the match alongside superior work on the ground.

He nearly submitted Huang in the opening stanza, but the Chinese Taipei athlete’s tough attitude saw him glide away from Thani’s attempt.

Round two got off to another belter and only 90-seconds in, the Kuala Lumpur martial artist was on top of his adversary once again. It was the beginning of the end, as the Malaysian hero eventually forced a tap at the 2:25 mark.

Thani’s ONE debut came against Indonesia’s Reant Febriza Rainir in 2015, and it serves as a reminder of his true raw potential.

He was on a roll, capturing the MIMMA Welterweight title just months earlier, and his confidence was clear as soon as the bell rang. The Kuala Lumpur athlete wasted no time by setting up a precise takedown via a right overhand before punishing his opponent to his favorite territory.

The usual ground and pound followed, and referee Joey Lepiten was left with no choice but to halt the contest at 1:20 of the opening stanza.

Do you think the “Alligator” can repeat some of these spectacular performances against “Sexyaama” in Shanghai? Download the ONE Super App and show your support to Kuala Lumpur’s top martial arts representative!