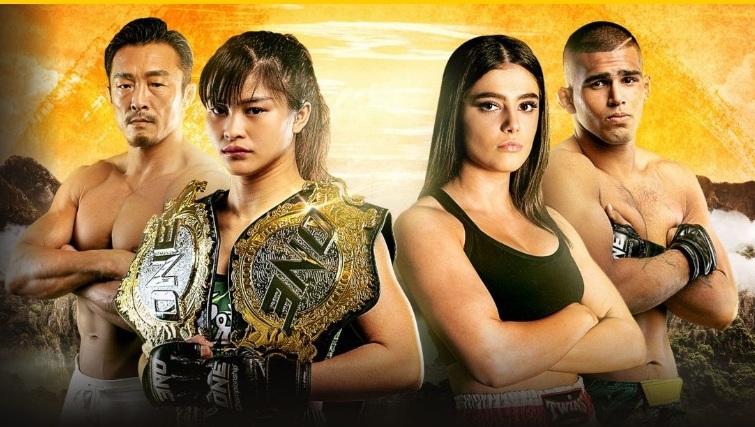 There has never been a star in martial arts history who has achieved what Stamp Fairtex has in a short period of time.

After securing the ONE Atomweight Kickboxing World Title in October last year, the 21-year-old Fairtex Gym representative proved to the millions watching why she is one of the most feared youngsters with another sublime display to claim the inaugural ONE Atomweight Muay Thai World Title in February.

At ONE: LEGENDARY QUEST on 15 June in Shanghai, Stamp looks to put on a show once again. But standing in front of her is a very confident 18-year-old Alma Juniku.

“I’d like to win by knockout, but Stamp is a tough fighter who takes punches well, so we will have to see on the night,” the ONE Championship athlete stated.

“I hope you’re well prepared. I hope you’re ready. We’re going to have a really good, hard fight, and I’m coming for that belt.”

Juniku possesses an ability to strike from a variety of positions. The WBC Muay Thai World Champion from Australia even promised that she will not take a step back when she battles it out in the ring at Shanghai’s Baoshan Arena.

Daring as it may sound, she believes her appetite for victory will come in handy against a World Title holder and will see her leave China with the belt in her possession.

“When I jump in the ring, I’m really, really hungry. I want to win. I won’t let someone take anything away from me that is mine. At the end of the day, whoever’s the hungriest will get it,” she warned.

“I can see this fight going toe-to-toe from round one to round five. I believe we’re just both going to go at it – I can’t predict how it’s going to end, but I know it’ll be a really good, tough fight!”

The Brisbane native should, however, be wary of taking the game to Stamp because the last two athletes – Janet Todd and “Killer Bee” Kai Ting Chuang – who tried fell short in their quest.

But according to Juniku, she has a secret plan in store which would swing “the art of eight limbs” battle in her favor.

“My trainer and I are working on techniques. I’m not going to tell everyone [what we plan to do], but yeah, we’ve watched her.”

“I’m strong and fast, and I get right to the point, so I land clean. My elbows and my hands are my biggest assets – I’m really strong with my hands, and I do a lot of damage with elbows.”