(SUKAN) STAMP FAIRTEX AND ALMA JUNIKU STARE DOWN AT ONE: LEGENDARY QUEST OFFICIAL FACE-OFF IN SHANGHAI 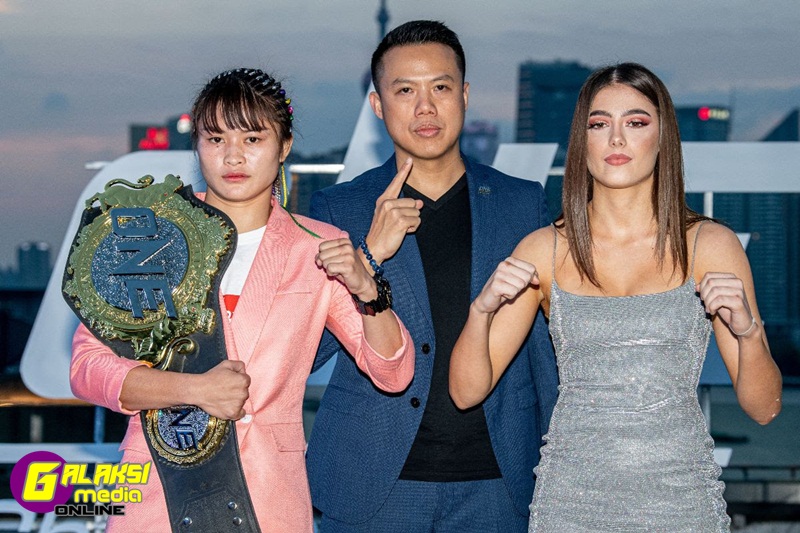 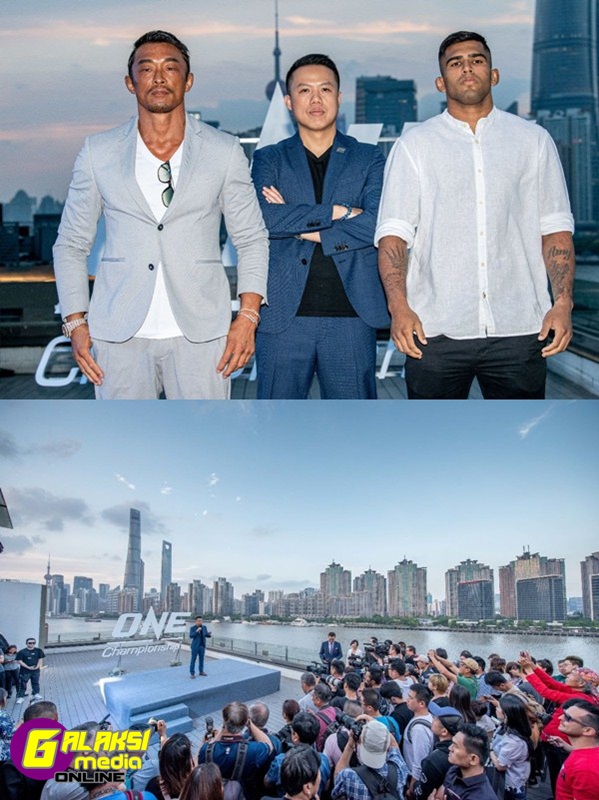 In attendance were ONE Atomweight Kickboxing and Muay Thai World Champion Stamp Fairtex of Thailand and challenger Alma Juniku of Australia. Stamp and Juniku will square off in the main event of ONE: LEGENDARY QUEST, which goes down Saturday, 15 June at the Baoshan Arena.

Ticket information for ONE: LEGENDARY QUEST is available at www.onefc.com.

Stamp began her ONE Championship run as a participant in Rich Franklin’s ONE Warrior Series. She competed in mixed martial arts and won her first professional bout by knockout in just 19 seconds. Leaving a lasting impression with her exceptional striking skills, Stamp was tapped to take part in the prestigious ONE Super Series soon thereafter.

Stamp now returns to action in the first defense of her Muay Thai title against Alma Juniku of Australia.

Stamp Fairtex, ONE Atomweight Muay Thai World Champion, stated: “This is my very first time in China, and I want to thank everyone for the warm welcome. I am really grateful for the opportunities ONE Championship has given me. My opponent this Saturday night is fast and aggressive. She likes to put a lot of pressure on her opponents, and moves with speed. I will try to put the pressure on her as well. I want to give the fans an exciting show. Muay Thai is my way of life and I’ve been training since I was a child. I just want to give my family a better life. I also want to make women all over the world proud.”

Alma Juniku, ONE World Title Challenger, stated: “I am excited for this Saturday night’s main event. I’m physically and mentally ready for anything. On the biggest stage of ONE Championship, I want to introduce myself and what I’m all about. I am prepared to go toe-to-toe with Stamp [Fairtex]. She’s a great champion — aggressive and with very good technique. But I’m strong and I’m fast and I like to trade shots. I’m not afraid to mix it up. Of course, I’m going for the knockout. But I can’t predict how this fight will end. Instead, I will do my best from start to finish.”

Also in attendance were ONE Championship athletes, including co-main event competitors Agilan “Alligator” Thani of Malaysia and Yoshihiro “Sexyama” Akiyama of Japan.