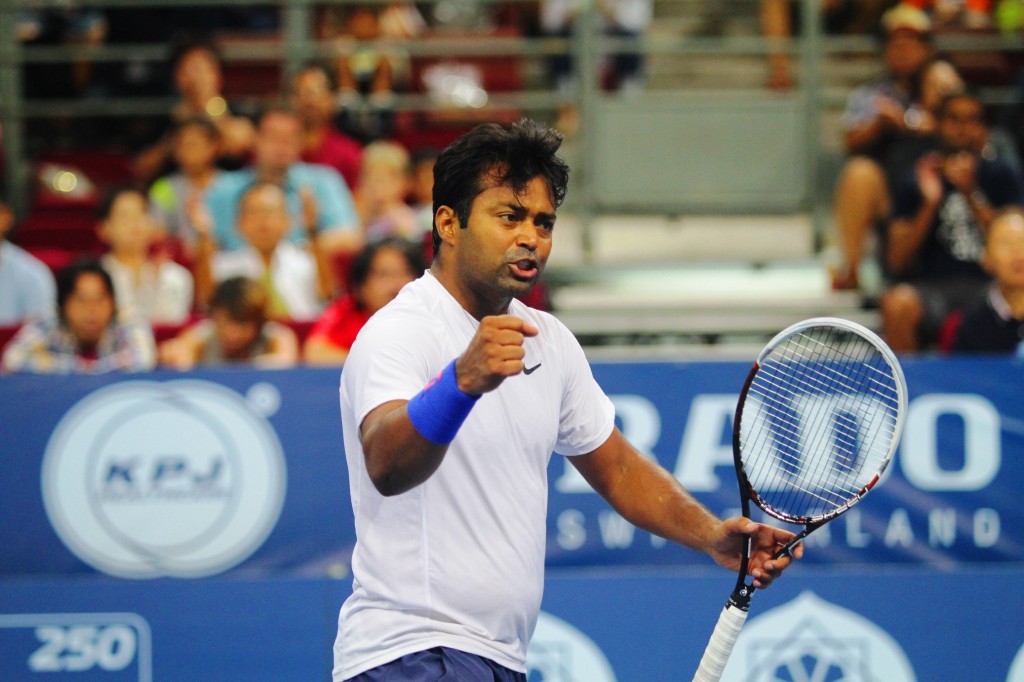 When it comes to longevity in world tennis few active players can match it with Leander Paes. The charismatic player from India, who won the KL title last year, is a winner of 55 career doubles titles, including a career Grand Slam made up of eight doubles majors, plus nine mixed doubles majors, and at the age of 42 he has no immediate plans to hang up his racquets any time soon. 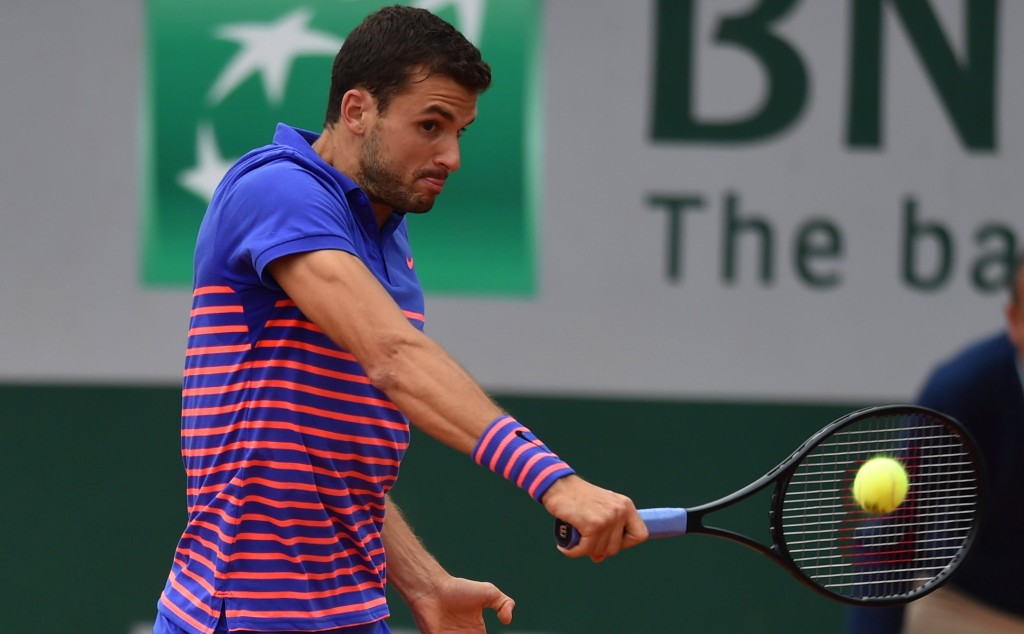 “I still have a great time matching it with the younger players and rising to the challenge of competing against the guys my career has blossomed with,” Paes said. “I am looking forward to being in Kuala Lumpur again; playing in Asia is always a thrill and the fans that come to the tennis in Kuala Lumpur are always so enthusiastic and welcoming.”

Winner of the doubles title at the 2014 Malaysian Open, Kuala Lumpur, Paes returns to defend the title this time with one of the most exciting younger players in world tennis, Grigor Dimitrov. They will enter the draw as the No.1 seeds.

This year Paes was a winner in Auckland, a finalist at Delray Beach and Chennai and a semi-finalist at The Queen’s Club. He most recently won the mixed doubles title at the US Open with Martina Hingis.  Dimitrov is certainly known more for his singles play but he still enjoys the team interaction of doubles and this year was a semi-finalist in Brisbane and a quarterfinalist in Washington.

In addition to Paes returning as the defending champion, this year’s Malaysian Open, Kuala Lumpur will host three other players who have won the title at Putra Stadium.

“We are excited about our doubles field,” Tournament Director Nick Freyer said. “There is such an energy on the court with doubles and watching some of the rapid fire action is always a thrill for fans. We certainly have had some spectacular doubles finals over the years.”

Raven Klaasen of South Africa the 2013 winner, American Eric Butorac, who is also President of the ATP Player Council, won in 2011 and 2013 while Mariusz Fyrstenberg of Poland was the very first winner in 2009.

This year Klaasen will team up with American Rajeev Ram. The duo have been developing a solid partnership this year having won in Halle and made the quarters at s’Hertogenbosch and the last 16 at the US Open and Cincinnati.

Butorac, one of only two players to win multiple titles in Kuala Lumpur, this year teams up with another frequent visitor to KL, American Scott Lipsky, while Fyrstenberg creates a tandem with Santiago Gonzalez of Mexico.

2011 singles finalist Marcos Baghdatis is teaming up with Viktor Troicki which could make for quite a formidable pairing. This will be Baghdatis’s fourth doubles event of the year, the last being in Atlanta where he made the quarters while Troicki was a semi-finalist in Delray Beach and Zagreb.

Some newer names working their way up the ATP doubles rankings and developing combinations for the Malaysian Open, Kuala Lumpur are Austro-Canadian duo of Philipp Oswald and Adil Shamasdin and Marcus Daniell, another Kiwi, and Marcelo Demoliner from Brazil. 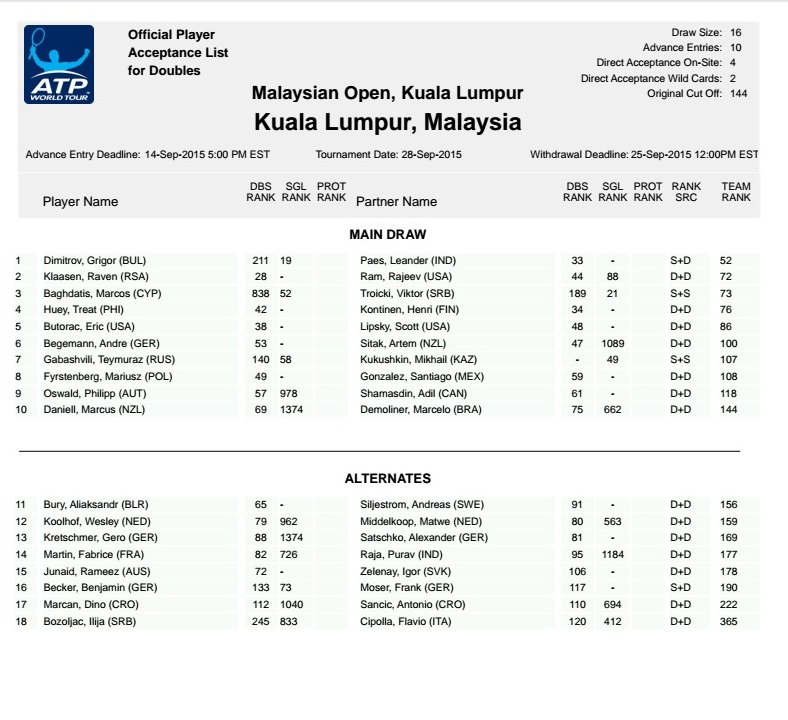 The full doubles entry list is attached. It has already been confirmed that one of two doubles wild cards has been granted to the local Malaysian pairing of Mohd Assri Merzuki / Syed Mohd Agil Syed Naguib. The second doubles wild card pairing and three singles main draw wild card recipients plus one remaining qualifying wild card slot will be announced next week.

The tournament would like to thank its suite of official sponsors. In addition to the distinguished support of the Event Patron, the Ministry of Tourism and Culture, Malaysia and Tourism Malaysia, Ministry of Education as well as the Ministry of Youth & Sports, the event is proud to have prestigious commercial sponsors that include KPJ Healthcare Berhad, Rado, CNN International, the DoubleTree by Hilton Kuala Lumpur, Wilson, 100 Plus, the Albukhary Foundation, Astro and the ATP World Tour’s Premier Partner Corona.