(SUKAN) Fans get once in a lifetime experience to a meet Borussia Dortmund Stars! 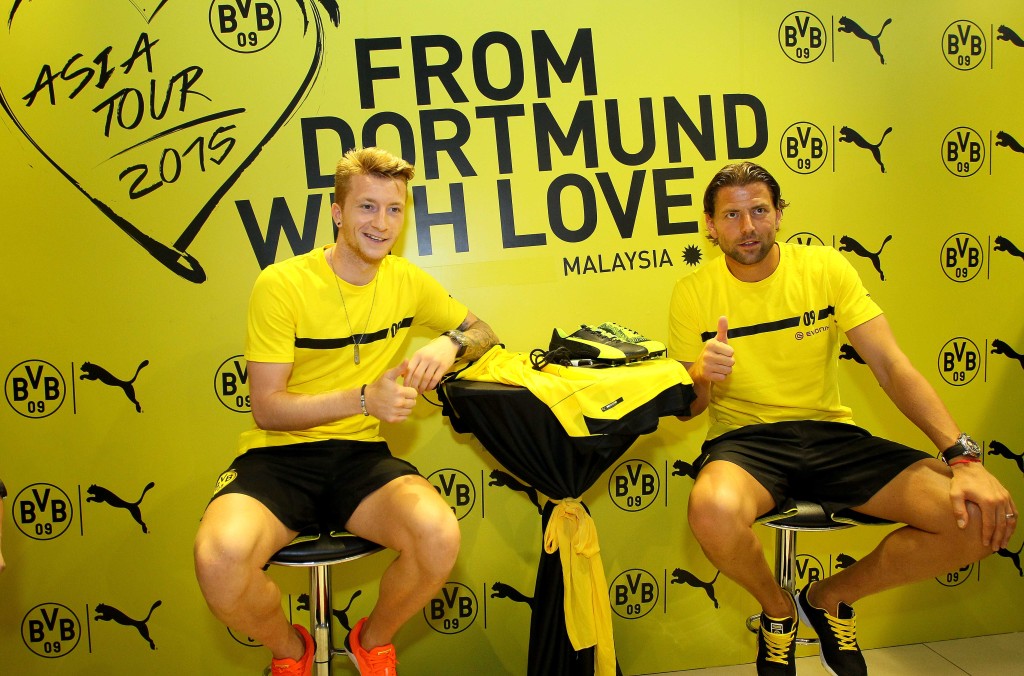 Fans had the chance to get up close and personal with Borussia Dortmund Stars Marco Reus and Roman Weidenfeller during the meet and greet session.

Fans were seen queuing up patiently with posters, jerseys, boots and other memorabilia to be autographed by the legends.

It was not over yet for all other Borussia Dortmund fans that missed the meet and greet passes.  PUMA also gave out exclusive match tickets to the 10 lucky winners in a Q&A session at the PUMA store.

PUMA Malaysia Assistant Marketing Manager, Tim Tham, said: “This is a once in a lifetime opportunity, and PUMA has received amazing support from Borussia Dortmund fans in Malaysia. This is one of many ways we show our appreciation to the support they have given us.”

Meanwhile in Al-Ikhsan, fans were also treated with a meet and greet session with other Borussia Dortmund stars such as defender Eric Durm and Sokratis Papastathopoulos.

Thursday kicked off with a press conference, followed by a meet-and-greet session with these stars and ended in grand fashion at the Tan Sri Dato Haji Hassan Yunos Stadium.