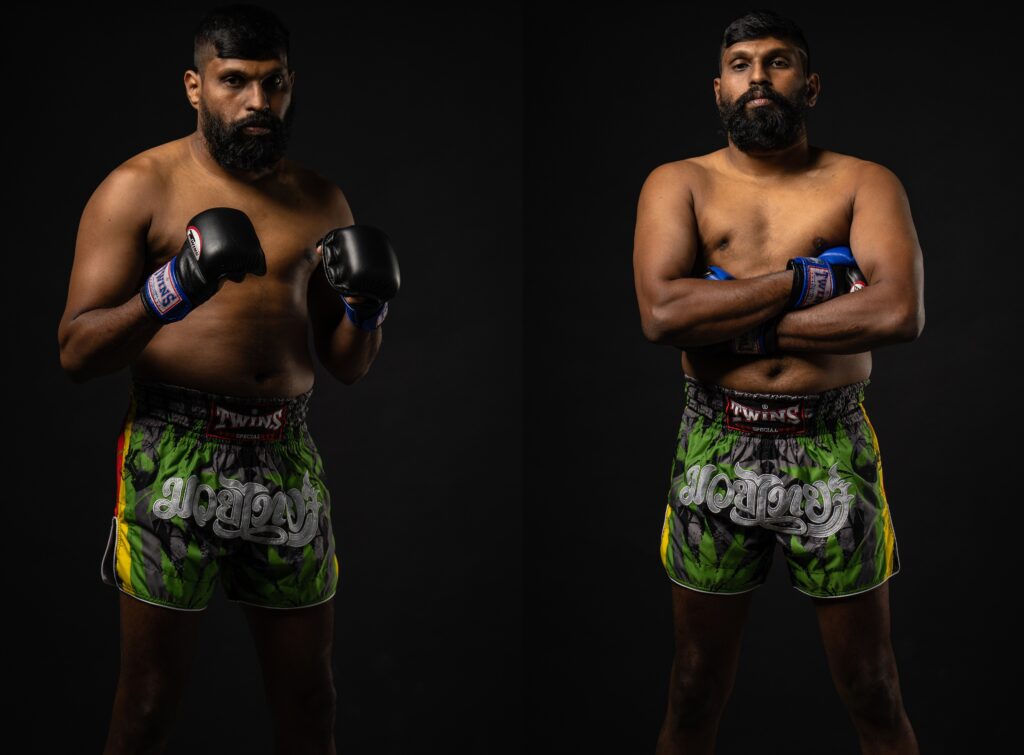 29-year-old Murugan “Wolverine” Silvarajoo of Malaysia has grand aspirations heading into his highly-anticipated ONE Championship debut. A former F3 Boxing Champion based out of MuayFit gym in Kuala Lumpur, Silvarajoo is coming into his first appearance in the Circle full of confidence, and tells fans they should watch closely for a ‘surprise’ performance.

Silvarajoo is tasked to take on Indonesian national wrestling champion Eko Roni Saputra in a three round mixed martial arts contest at ONE: REIGN OF DYNASTIES, scheduled for Friday, 9 October. Venue and location for this event have yet to be confirmed and announced by ONE Championship.

“Wolverine” is thankful to ONE Championship for the chance to perform on the biggest global stage of competition.

“I’m very excited and looking forward to my debut. This is a dream come true moment for me, to be part of the world’s largest martial arts organization, ONE Championship,” said Silvarajoo.

“I know this fight will not be easy, but I’m very excited for this opportunity to test my skills. For ONE Championship to put me in there to face Eko Roni Saputra, this means they believe in my capabilities.”

Taking on Saputra, Silvarajoo faces a wrestler capable of taking the action to the mat basically at will. In Saputra’s first few ONE bouts, the Indonesian was able to showcase flashes of what makes him such a threat.

Yet Silvarajoo doesn’t mind heading into this matchup the slight underdog, and warns Saputra that he is dangerous, even with his back to the canvas.

“My style is very fluid. I can strike and I can grapple. But my strength is how I can do damage both standing and on the ground. I think I am dangerous in both areas. If anything, I do tend to start a little slow because I like to size up my opponents. But once I get more comfortable, I can finish anywhere. My opponents should be careful, I can submit them from the bottom,” said Silvarajoo.

Silvarajoo is working hard on his game everyday, developing strategies with his trainers, and making sure he is ready to go once that Circle door closes. Needless to say, the Malaysian is gunning for victory, any which way he achieves it.

“I have been preparing very well for this fight with my coaches and my team. Everyday, I’m focused on training and working on our game plans. I feel that I am a hundred percent ready both physically and mentally for this fight. Nothing’s going to stop me or keep me from victory,” said Silvarajoo.

“Fans should expect a spectacular performance. They will be surprised by the new guy in the ONE Circle.”

ONE Championship returns for its next big blockbuster with ONE: REIGN OF DYNASTIES, scheduled for Friday, 9 October, and once again, the world’s greatest martial artists are ready to take the stage and showcase their incredible skills in the ONE Circle.

More than anything else, Silvarajoo is excited to carry the Malaysian flag down the ramp and represent his home country among the world’s best martial artists.

“I would like to thank everyone who has supported me throughout my journey, all these years. I came from nothing and I appreciate everything. Thank you for motivating me to push myself to the limit to get myself to where I am now today,” said Silvarajoo.

“I am looking forward to making Malaysians proud on the global stage.”