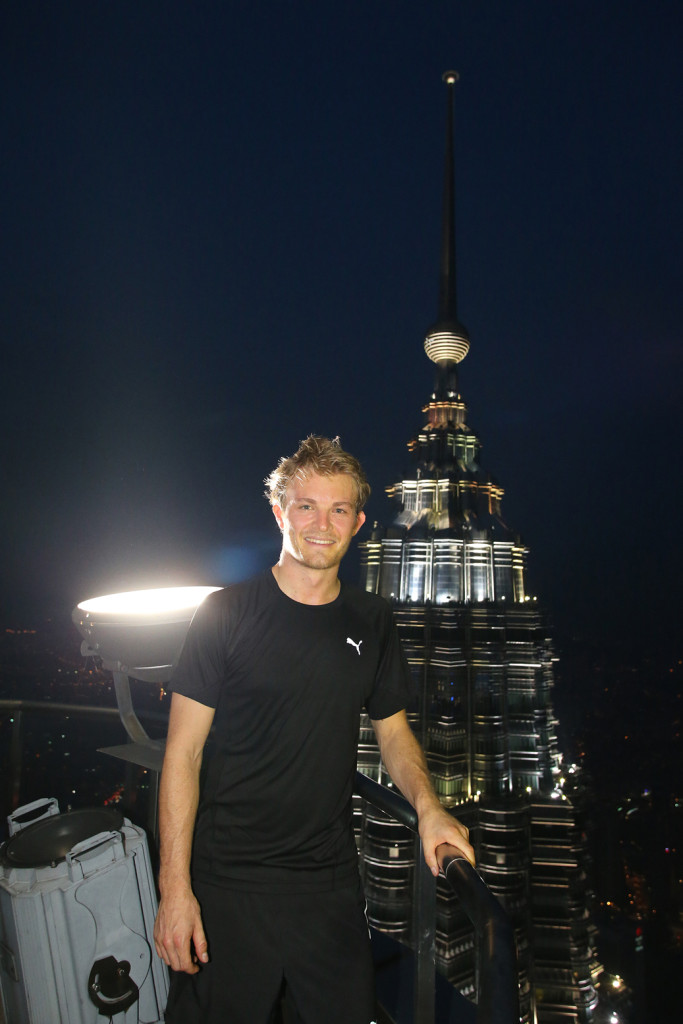 Nico Rosberg is fighting fit and raring to go for the 2015 Formula One PETRONAS Malaysia Grand Prix, and the Mercedes AMG PETRONAS Formula One Team driver proved it by running 2,000 steps up Tower 1 of the PETRONAS Twin Towers last Sunday.

Despite a hectic PR schedule and media commitments since he touched down in Malaysia on Thursday, the 30-year old German managed to slip in an impromptu training session and scaled the 84-storey building in about 19 minutes. 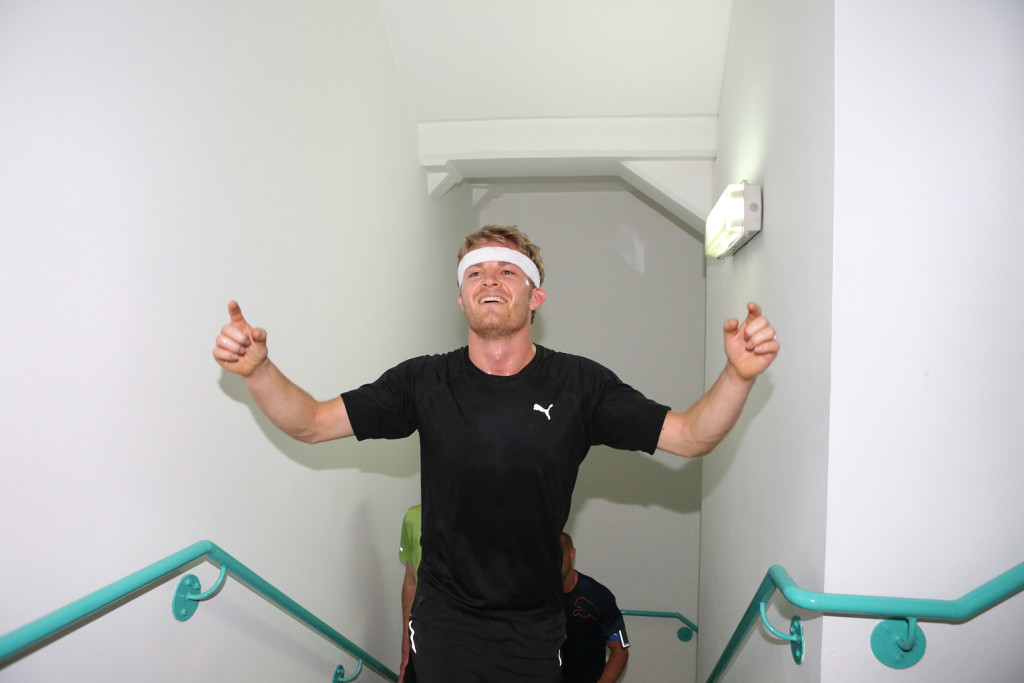 The 2014 runner-up even shared pictures of his achievement via his Twitter account, which included a snap of himself standing on the 84th floor with the Kuala Lumpur skyline serving as backdrop.

“(It is an) Amazing experience here on top of the PETRONAS Twin Towers, or one of them at least, it’s unreal. Please all watch on Sunday (29 March 2015) and cross your fingers for us to have a great weekend,” said Nico at the end of his run.

Prior to his impressive feat, Nico had spent the day meeting PETRONAS’ VIPs, various contest winners and media members during the ‘Taxi Ride Session’ at KLCC Multi-Level Car Park@Binjai.

The next public event where fans can stand a chance to meet both Lewis Hamilton and Nico Rosberg would be the ‘Meet-The-Fans’ session which will take place at the Concourse level of Suria KLCC on Wednesday, 25 March 2015 at 5:30pm.

The 2015 Formula 1 PETRONAS Malaysia Grand Prix race weekend is set to happen from 27 – 29 March 2015 at the Sepang International Circuit.