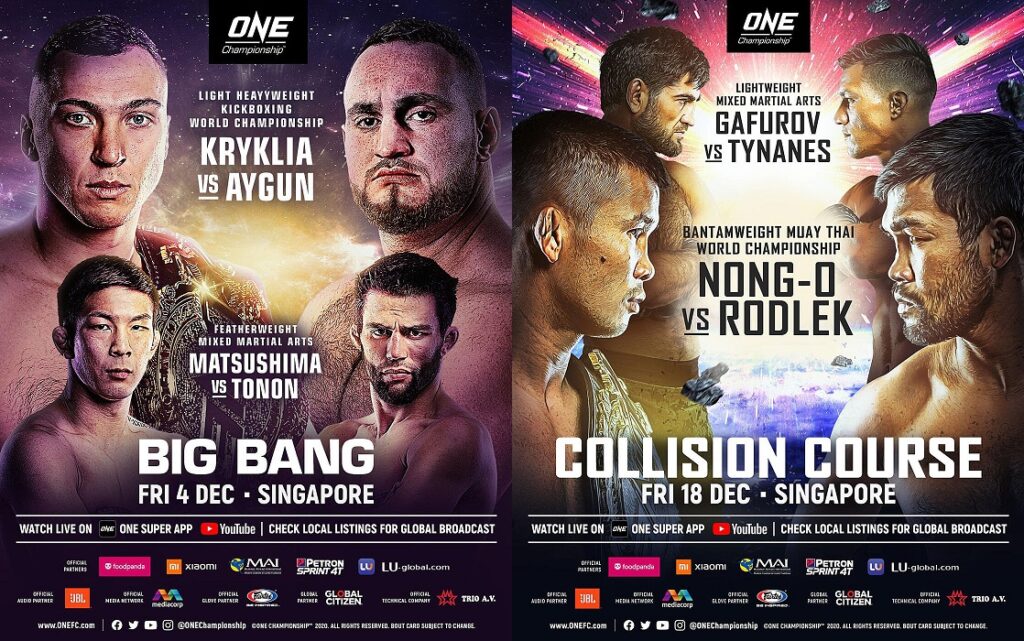 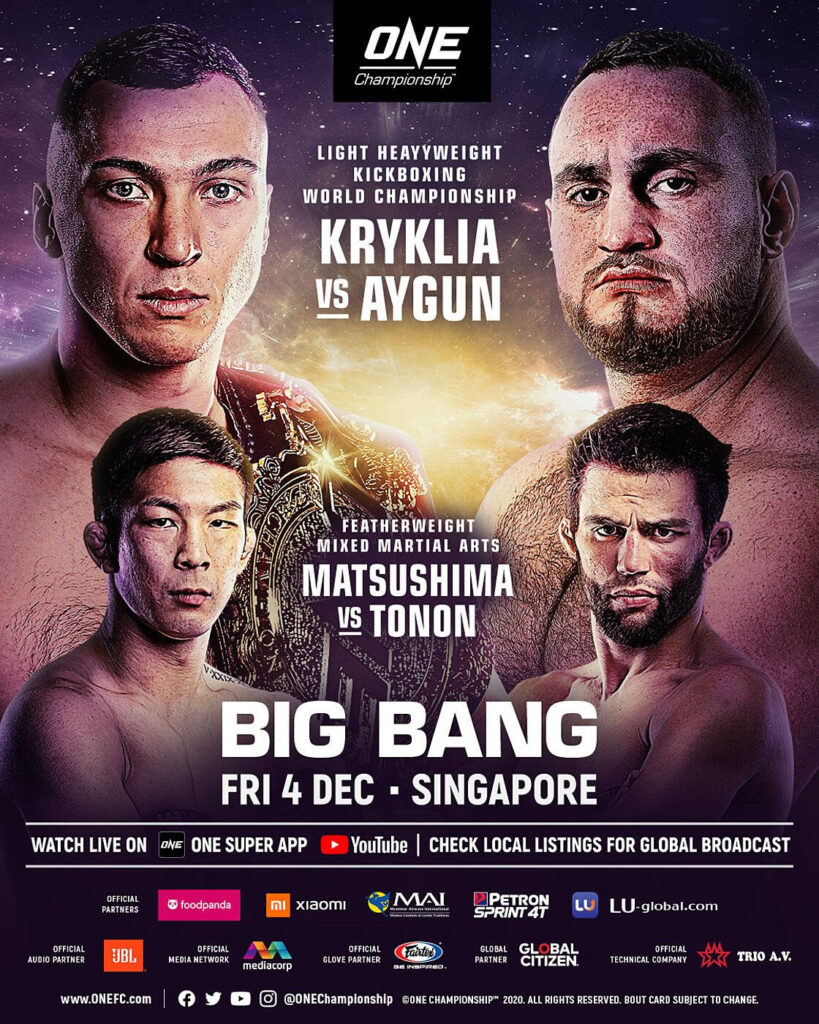 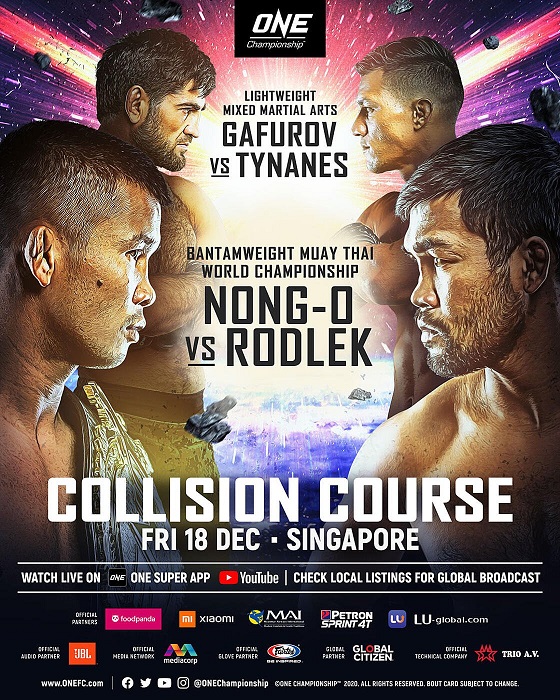 ONE: COLLISION COURSE
18 December 2020
LIVE from the Singapore Indoor Stadium

All the action can be enjoyed on ONE Championship’s official ONE Super App, ONE’s social media channels, locally in Singapore on MediaCorp’s Channel 5 and meWATCH app, as well as globally across ONE Championship’s broadcast and digital media partners’ properties.