(SUKAN) Rodtang Honored to be Representing Thailand at ONE: CENTURY 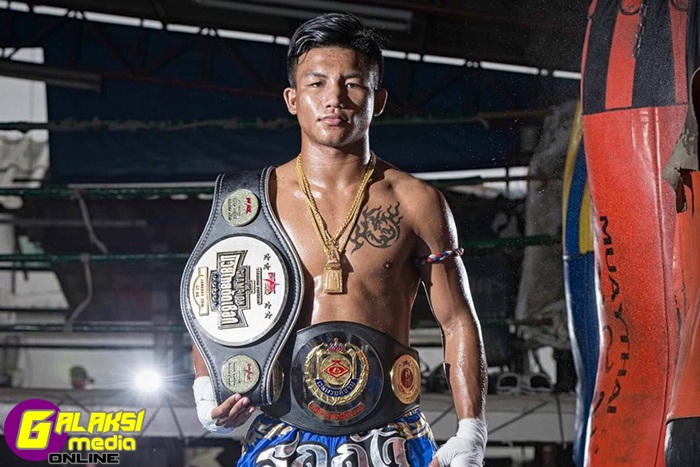 The historic Ryogoku Kokugikan sumo hall will play host to a two-part event consisting of two full-length World Championship cards, 28 world champions from across various disciplines of martial arts, and four World Championships on the line in what’s set to be another record-breaking extravaganza.

Among those world champions will be newly-crowned ONE Flyweight Muay Thai World Champion Rodtang “The Iron Man” Jitmuangnon of Thailand, who puts his title on the line against Brazilian newcomer Walter Goncalves in Part 2 of ONE: CENTURY.

Rodtang is coming off an impressive five-round unanimous decision win over Jonathan Haggerty at ONE: DAWN OF HEROES in Manila back in August, and now he’s looking to keep his momentum going.

“It has been a crazy couple of months, but I’m excited to get back in there and defend this world title,” said Rodtang. “I know it’s going to be another tough fight for me. Walter Goncalves is hungry and he’s motivated to defeat me, but I won’t let that happen.”

Apart from simply just staying at the top of the division, another thing that has Rodtang motivated for his upcoming title defense is the fact that it’s on ONE’s biggest show ever.

Being on the card alone, Rodtang says, is certainly a blessing.

“I’ve been on big shows in Thailand before, but this is no doubt the biggest one that I’ll be a part of,” Rodtang shared. “It really can’t get any bigger than this, the 100th show of ONE, and I’m really honored and happy to be part of this big event.”

“It shows that ONE has faith in me to be able to put on a good show for the fans in Japan, and it’s up to me to live up to those expectations and perform like a champion on fight night,” he added.

While the bulk of Rodtang’s Muay Thai career has happened in Thailand, the 22-year old has competed in Japan on multiple occasions, and says that it’s always a treat to perform for some of the most knowledgeable martial arts fans in the world.

“I always enjoy fighting in Japan because the country has such a rich background in martial arts. Plus, the fans are some of the best in the world because they appreciate everything about martial arts, from the skill to the mastery, to the technique,” said Rodtang.

“Obviously, I will always prefer to compete at home in Thailand because I’ll always have the support of my hometown, but Japan will always be an amazing place to fight in, for me,” he concluded.

Spread the love
Tweet
Tags: Honored to be Representing Thailand at, one championsip, ONE: CENTURY, Rodtang
← (SUKAN) Rodtang Jitmuangnon Wants to Make Sure He Keeps Title at ONE: CENTURY
(SUKAN) Phoe Thaw Ready to Showcase Skills on the Biggest Stage →