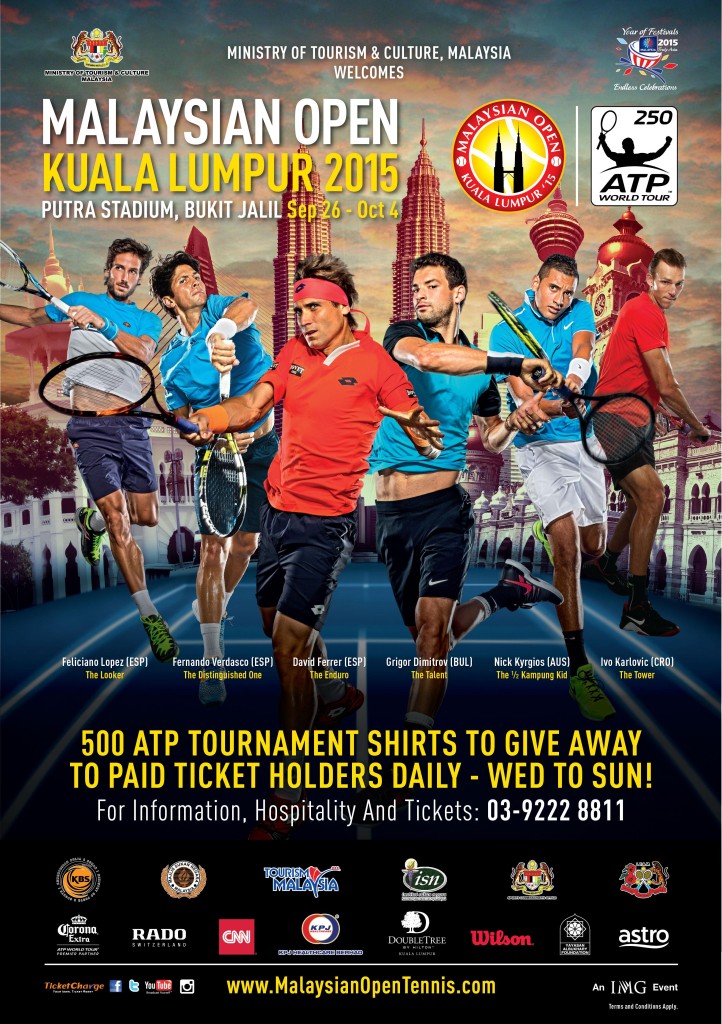 The tallest man in tennis who possesses one of the most lethal serves in the sport is coming to the US$1,041,540 Malaysian Open, Kuala Lumpur.  Fans will be overawed by “The King of Aces” at Putra Stadium Bukit Jalil, September 26 to October 4, 2015. 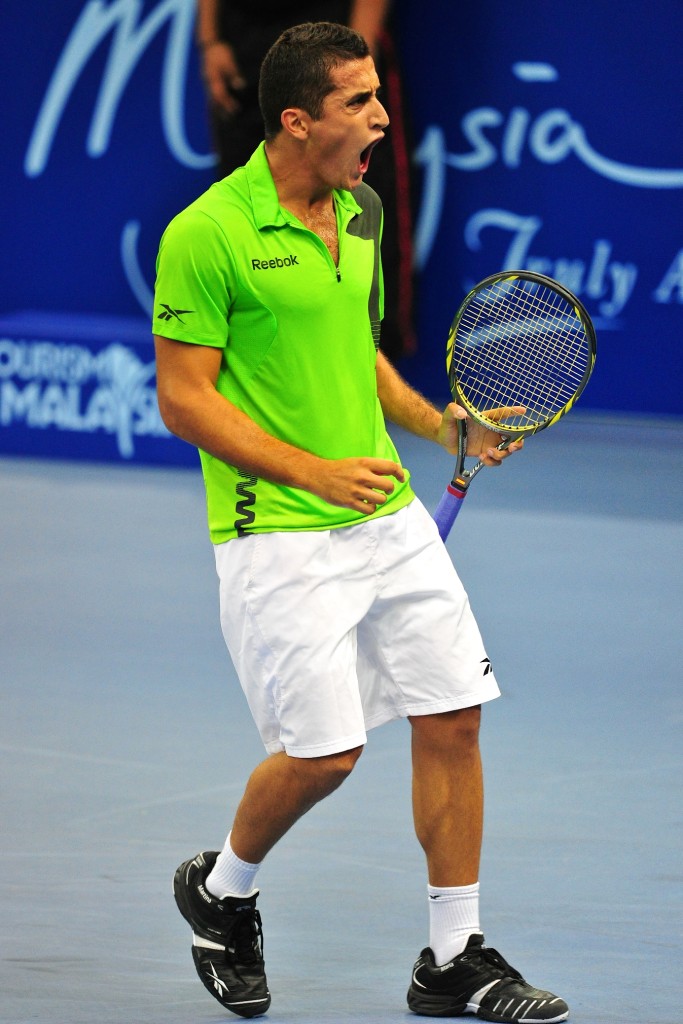 Ivo Karlovic, currently ranked 18, shot to fame in 2003 when he stunned then defending champion Lleyton Hewitt in the first round of Wimbledon. The Croat has rekindled his elite status on the ATP World Tour with some consistent results over the last two years and in 2015 reached two finals so far, including winning Delray Beach.

Joining Karlovic, is Spain’s former top-ten star Nicolas Almagro who is working his way back up the rankings after sitting much of 2014 out due to injuries to his shoulder and right foot, which required surgery. Ranked as high as nine in the world two years ago and making his 3rd appearance in KL, Almagro won the ATP Challenger in Genova and reached the quarters or better at five other events so far in 2015.

The final main draw wild card has been awarded to 20 year old Ramkumar Ramanathan from India. He trains at the highly regarded Sanchez-Casal Academy in Barcelona and has been playing mainly on the Futures and Challenger circuits. Ramanathan is ranked 228 and this year won two Futures and reached the final of another, and was a quarterfinalist at the Kolkata Challenger.

Additionally, Nick Kyrgios, who arrived in KL on Wednesday and who was already seen practicing at the National Tennis Centre later that same day, has requested and has been granted a wild card into the main draw of the doubles with fellow Australian, James Frawley.  Subject to draws, this means local fans will see Kyrgios in action on both Monday and Tuesday when entry to the tournament is free. Nick will also be signing autographs for the public on Sunday afternoon at the Pavilion Mall. Also, in a first for the tournament, the remaining marquee players including David Ferrer (who will play his first match on Thursday evening), Grigor Dimitrov, Feliciano Lopez, Viktor Troicki and Fernando Verdasco have confirmed their early arrivals into KL for between Friday and the weekend. This is a clear sign of how serious they are taking the tournament – with the players also traveling with their full coaching delegations.

Unfortunately French player Richard Gasquet has informed Tournament Director Nick Freyer that he has been forced to pull out of this year’s event with injury.

“The tournament respects Richard’s decision of deciding not to compete when his body and mind were not up to the task, but at the same time we warmly welcome his replacement, the “King of Serves”, Ivo Karlovic on his inaugural visit to Malaysia,” Nick Freyer said.

“Ivo is a player no other player wants to be drawn against, especially as he celebrates arguably his best year on Tour. My advice to fans watching any of his matches live is not to blink when Ivo serves… because they will miss it.

“At the same time, we welcome back our second wild card recipient and former top-ten player, Nicolas Almagro, who is playing his way into form after injury and also extend a welcome and opportunity to Ramkumar Ramanathan as he develops his young career.”

Karlovic, 36, has won six career titles and at 2.11m he is the tallest player to ever be ranked in the world’s top 100 since the computer rankings were created in 1973. He holds a record of 10,000 aces served in ATP play. In addition to his Delray Beach win, this year he was a finalist in Newport, a semi-finalist in Doha where he upset Novak Djokovic, in Halle where he beat Tomas Berdych and in Bogota. He was also a quarter-finalist at Acapulco, Bucharest and s’Hertogenbosch.

30-year-old Almagro is another of the growing number of 30-something players on the Tour. He owns 12 career titles and has career wins over the likes of Rafa Nadal and Andy Murray. This year the Spaniard has been a semi-finalist at Kitzbuhel and a quarterfinalist in Sao Paulo and Buenos Aires, upsetting Tommy Robredo both weeks, Casablanca and Estoril.

The Tournament Director also announced that all wild cards for the qualifying event have all been awarded to players from Malaysia, three who have played the event previously, together with a tournament rookie. They are Syed Mohd Agil Syed Naguib, Ahmad Deedat Abdul Razak, Mohd Ashaari Zainal Abidin and newcomer Christian Oliver Lee who returns to Malaysia after a period of training in the United States.  Local players will also feature in the main draw of the doubles with the pairing of   Mohd Assri Merzuki / Syed Mohd Agil Syed Naguib.

The tournament would like to thank its suite of official sponsors. In addition to the distinguished support of the Event Patron, the Ministry of Tourism and Culture, Malaysia and Tourism Malaysia, Ministry of Education as well as the Ministry of Youth & Sports, the event is proud to have prestigious commercial sponsors that include KPJ Healthcare Berhad, Rado, CNN International, the DoubleTree by Hilton Kuala Lumpur, Wilson, 100 Plus, the Albukhary Foundation, Astro and the ATP World Tour’s Premier Partner Corona.