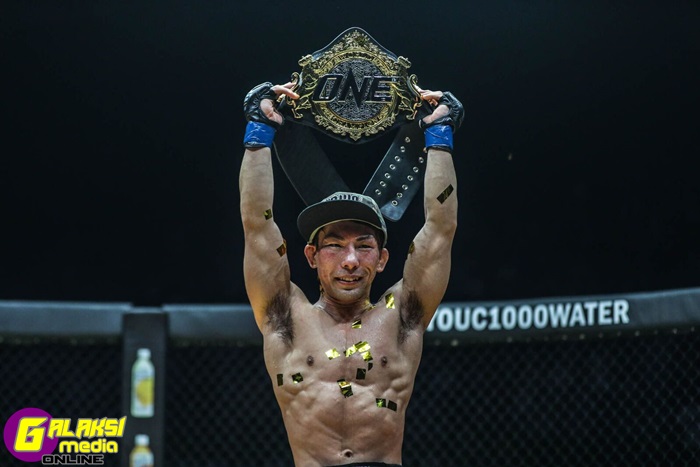 This coming Saturday, 19 January, he will be in a very similar situation — except he will be challenging for the gold against a more versatile opponent.

The 31-year-old Japanese contender will challenge ONE Strawweight World Champion Joshua “The Passion” Pacio for the belt in the main event of ONE: ETERNAL GLORY, which takes place at the Istora Senayan in Jakarta, Indonesia.

“I was surprised [with the title shot], but it will be proof that I am the number one mixed martial artist in the world at strawweight,” he said.

“I feel proud to be able to represent Japan through my work. Yoshitaka ‘Nobita’ Naito used to be the ONE Strawweight World Champion. Joshua Pacio took the belt from ‘Nobita,’ and I intend to take it back.”

That will not be easy, however.

The Filipino has secured four victories on the trot – two of which ended in the first round, while another ended just 38 seconds into the second round.

Pacio is known for his wushu stylings, but lately, he has been flexing his redeveloped grappling muscles.

Nonetheless, Saruta still feels it is an area of weakness.

“His weak point is grappling. My grappling skill is much higher than his, so in the fight, I’m planning a combination of strikes and takedowns,” he said.

“My strongest points are my physical ability and stamina, and I will keep moving through the whole fight, and when my opponent is getting tired, I will finish him.”

The Japanese contender went on to say that he believes their main-event bout will not go the distance at ONE: ETERNAL GLORY tomorrow.

“I think I will overwhelm him in all aspects, and then finish him in the fourth round,” he continued.

“I want people to know my name as the toughest Japanese athlete, and I will be the World Champion.”

Be sure not to miss any of this thrilling action by downloading the ONE Super App here.