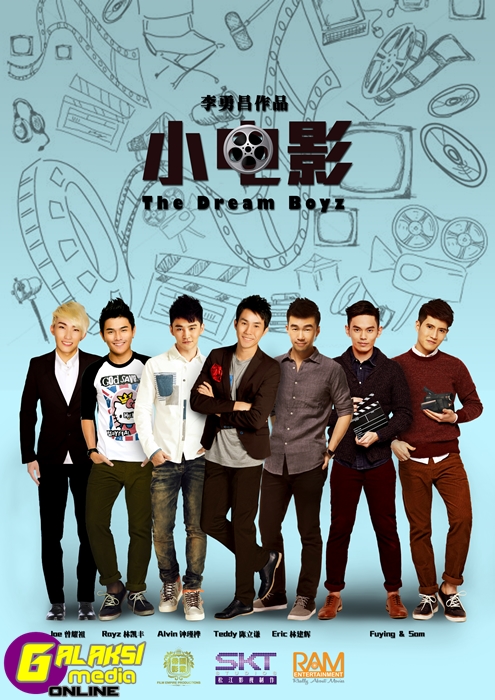 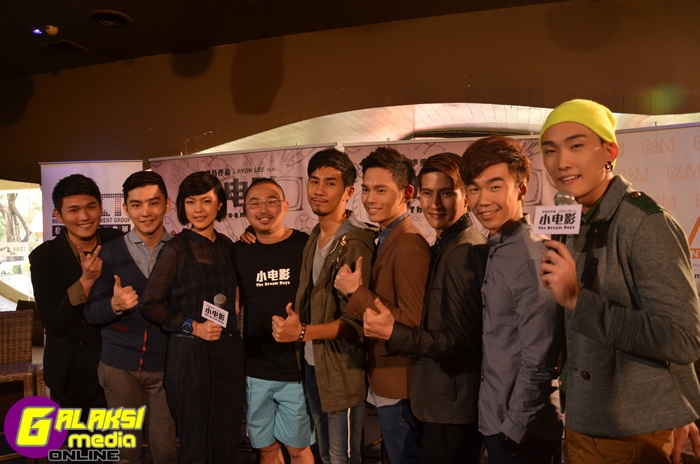 <<The Dream Boyz>> combines youth, idol, stylish and a dazzling array of good looking actors and actresses, together with a story focused on the liveliness of youth. With a spectacular cast comprising of Teddy Chin, Alvin Chong, Fuying & Sam, Rayz Lim, Eric Lin, Joe Chang and more, the film is bound to have the female fans screaming to their hearts’ content.

<<The Dream Boyz>> is an inspirational film conceptualized by the talented director and screenwriter Ryon Lee, who has written many highly acclaimed films including <<The Journey>>, <<Transcend>>, <<The Great Day>>, <<WooHoo>>, as well as <<Nasi Lemak 2.0>>, for which Ryon Lee won the Best Screen Writer Award at the first Malaysia Golden Wau Award.

In search of the film’s female lead “Xue Ling”, the production crew organized several open auditions at colleges as well as close auditions. After numerous deliberations it was revealed today that local model Wang Qie will be the lead actress for the movie.

<<The Dream Boyz>> talks about the adventures of a school’s drama club whose members are close friends including: the mischievous Wu Ji (Teddy Chin), the model student Tiger Wang Yi Hu (Alvin Chong), the “bad boy” You Jing (Rayz Lim), the stammering Da Xiong (Sam), the wealthy Mei Zheng (Fuying), the perverted Xiao Feng (Eric Lin), the shy Zhi Ming (Joe Chang) and the accident prone club president Xue Ling (Wang Qie). Intending to complete their first ever film together before graduating, they endure many challenges and difficulties that threaten to tear apart their friendship.

<<The Dream Boyz>> marks the first collaboration between SKT Media & Entertainment Group and RAM Entertainment on a local Chinese movie with hopes that in 2014, <<The Dream Boyz>> will bring a new genre and surprise to the local Malaysian film industry, as the movie seeks to capture the essence of youth combine with the idol power of our very own local talents.