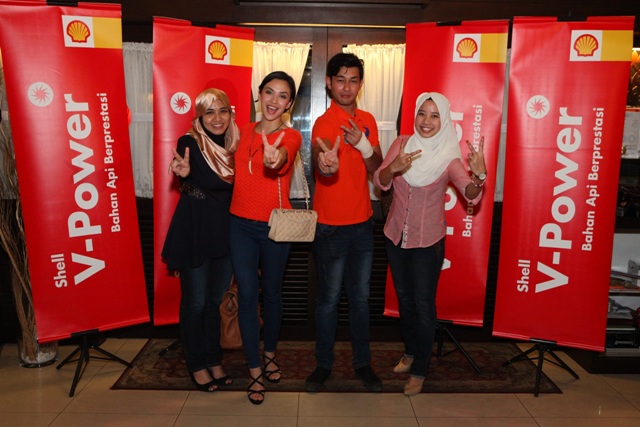 Imagine being rewarded a private dinner and drive with your favourite celebrity just by sharing some tips. This was made possible recently by Shell via its “Jalan-Jalan Balik Kampung Dengan Shell V-Power” campaign and contest, which aims to make the long balik kampung drive much more enjoyable with Shell V-Power – the formula for driving excitement. Despite the overwhelming response received during the month-long campaign, Shell was only able to select six winning entries.

The Shell V-Power campaign kicked off its “Jalan-Jalan Balik Kampung Dengan Shell V-Power” contest on 14 July in conjunction with the Hari Raya Aidilfitri celebration. The contest allowed Malaysians to share their balik kampung tips with some of the country’s most sought after celebrities. The contest ended on 10 August and the six lucky winners and their partners were recently awarded the chance to have a private dinner and drive for two with their chosen celebrity, namely comedian Nabil Ahmad; singer Heliza Helmi; and real-life couple, actor-director Farid Kamil and actress/model Diana Danielle.

The winners were picked up by the celebrities and chauffeur-driven to an exclusive Malay restaurant in Subang Jaya. During the dinner, they had the chance to mingle and take photos with the celebrities, as part of the private meet-and-greet session.

Ammar Mohamad from Kajang who was one of the lucky winners remarked, “I am a huge fan of Heliza Helmi and this has definitely been an experience that I will never forget.”

For winner Azlina Abdul Hadi, who shared tips on how using Shell V-Power gives drivers the performance they need for longer journeys – it was a dream come true. “Shell V-Power has always been the fuel of choice for me. I cannot believe that just by sharing tips about using Shell V-Power with my favourite actors, Diana Danielle and Farid, I get to join them for a drive and dinner!” she shared. 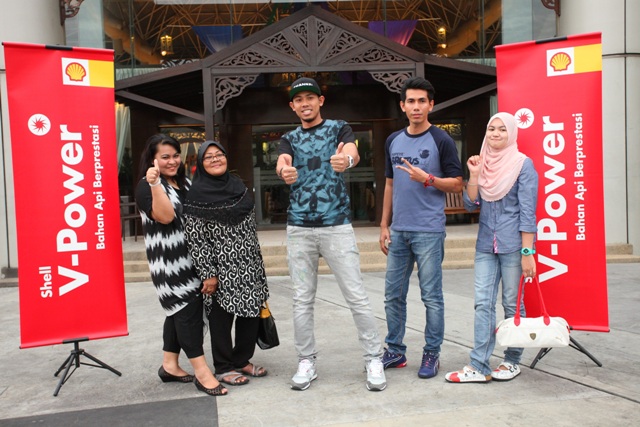 Hani Suraya Md. Zain, one of the winners who dined with comedian Nabil Ahmad, was also ecstatic when she heard the news. “I could not believe my ears when I received the call and was informed that I would be dining with Nabil Ahmad! My mother is also a big fan, and we’re thrilled to be able to join him for a drive and dinner. This was only made possible with Shell V-Power.”

“As one of the world’s most advanced and innovative fuels, Shell V-Power is more than just a fuel for your car; it is a formula for driving excitement. We try to bring that excitement to our customers, yet remind them about the importance of safety and driving home safely to their loved ones. I believe that through the Jalan-Jalan Balik Kampung Dengan Shell V-Power contest, we have achieved just that,” remarked Tuan Haji Azman, Managing Director of Shell Malaysia Trading Sdn. Bhd. and Shell Timur Sdn. Bhd. 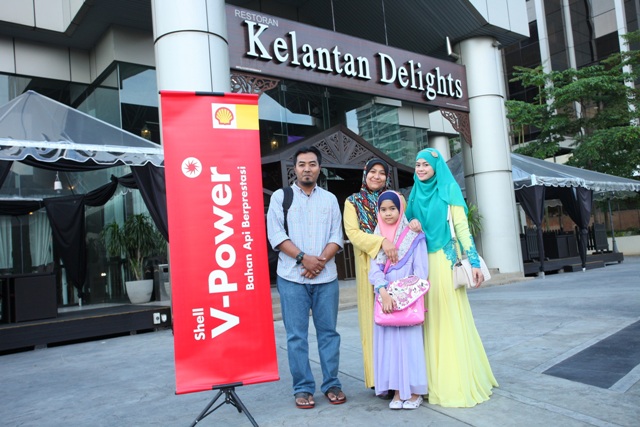 “Shell has always been committed to the safety and satisfaction of our customers, as we ensure that they get the most out of their fuel and are rewarded with innovative products. What would be a better way to do it then by rewarding them with a private dinner and drive with their favourite celebrity, powered by Shell V-Power?” he added.

“Jalan-Jalan Balik Kampung Dengan Shell V-Power” was a four-week long campaign in conjunction with the Hari Raya Aidilfitri festivities. The month-long contest has given Malaysians a chance to share their balik kampung tips with some of the nation’s most well-known personalities, as they embark on their very own personal balik kampung journey powered by Shell V-Power. For more exciting news on Shell V-Power, please visit www.shell.com.my/vpower.