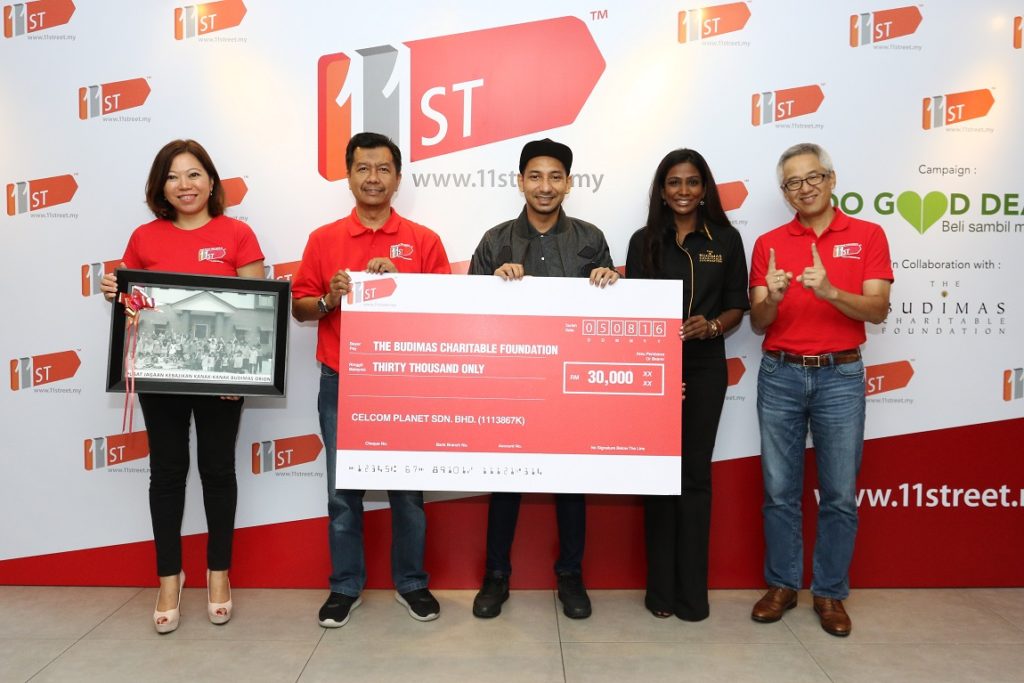 Kuala Lumpur, 8 August 2016 – 11street (www.11street.my), one of the fastest growing e-mall in Malaysia, along with its Brand Ambassador, actor-cum-entertainer Zizan Razak, recently celebrated a momentous milestone with 63 children from The Budimas Charitable Foundation at Golden Screen Cinema in NU Sentral to hand over a donation of RM30,000. 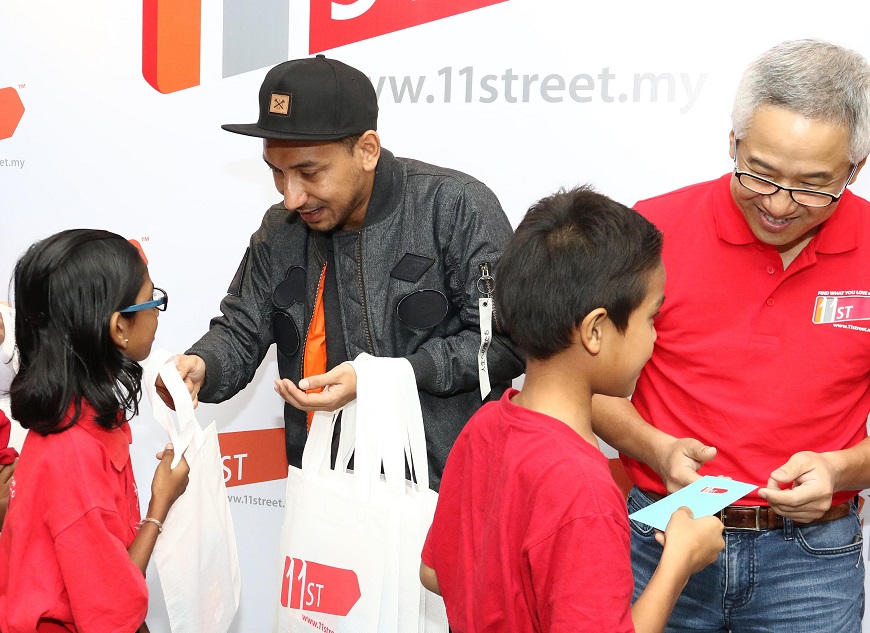 With this donation, 130 school children from Sekolah Kebangsaan Sungai Burong, Tanjong Karang, Selangor would receive a nutritious breakfast, consisting of a main course, piece of fruit and a drink from now until the end of the year. The selection criterion was based on a family income of less than RM1,000 a month, whereby there are two or more children under their care.

Hoseok Kim, CEO of 11street said: “It is heart-warming to see Malaysians come together to take part in our ‘Do Good Deals – Beli Sambil Memberi’ campaign, that resulted in helping these underprivileged children. At 11street, we endeavour to do whatever it takes to give back to society, so in the spirit of Hari Raya, we called upon our consumers to do something good for the children and the society this festive season.”

Breakfast is considered the most important meal as it provides the body with sufficient energy and replenish nutrients to give the body strength and the mind focus[1]. This is true especially for growing children as it enables them to be attentive and focused during lessons, and have the energy to sustain them for activities throughout the day.

Anne Rajasaikaran, Principal Officer of The Budimas Charitable Foundation said: “We extend a heartfelt ‘thank you’ to 11street for championing this initiative, and fellow Malaysians for this generous donation. For almost 18 years, The Budimas Charitable Foundation believes that there should be adequate food for everyone. We are grateful to utilise the fund to provide the school children with a wholesome breakfast and help them kick start their day with abundant energy.” 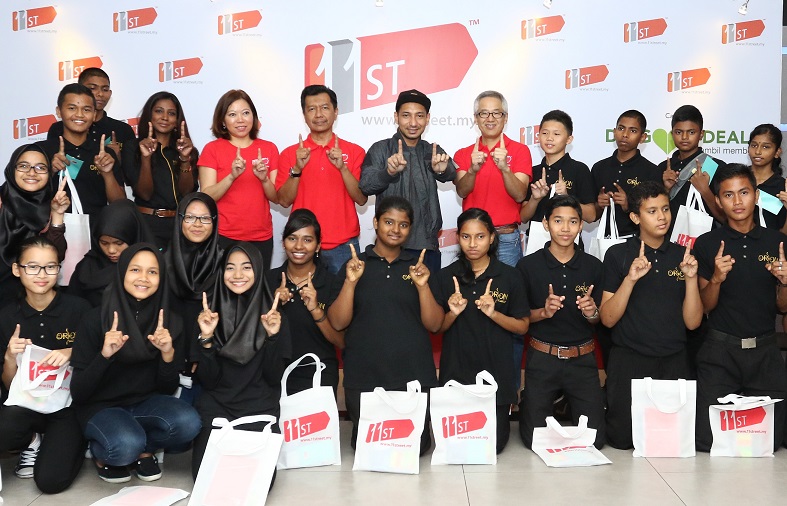 The donation was gathered from the ‘Do Good Deals – Beli Sambil Memberi’ campaign spear headed by 11street at the start of Ramadan from June 5 – July 20, 2016, and pledged to match every extra Ringgit contributed by its Raya shoppers on top of the retail price they were paying for their Hari Raya items.

The campaign was endeavoured to donate the funds to The Budimas Charitable Foundation and help support its programme – the Budimas Food Charity Fund – in ensuring that impoverished school children were fed breakfast.

After the cheque handover, 11street hosted a Hari Raya open house for children from The Budimas Charitable Foundation. They then received ‘duit raya’ from 11street and were treated to a movie – Ice Age: Collision Course. They got to spend some time with Malaysia’s beloved artist, Zizan Razak. It was certainly a night to remember for the children.

“Seeing the joy in these children’s eyes made this ‘Do Good Deals – Beli Sambil Memberi’ campaign all worth it. We wish to thank all our shoppers who believed in our campaign and participated in it. 11street will continue to look for more ways to give back to the community, as part of our long-term commitment in thanking Malaysians for their support since our inception last year,” Kim concluded.