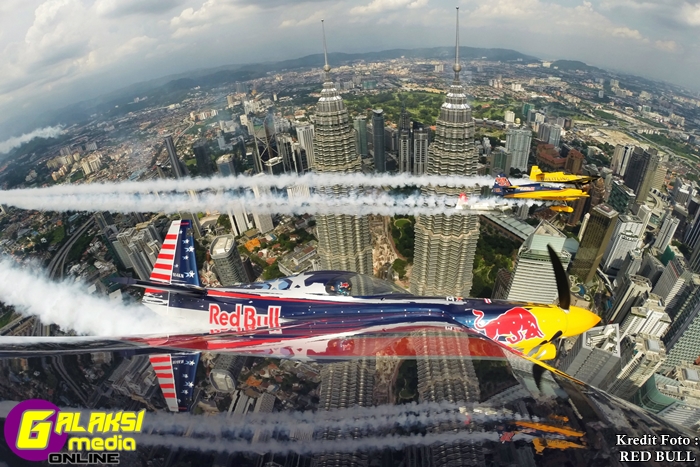 PUTRAJAYA (Malaysia) – When four pilots from the Red Bull Air Race World Championship series took to the skies for the traditional pre-race Recon flight on Thursday, the moment was historic. Kirby Chambliss (United States), Matt Hall (Australia), Nigel Lamb (Great Britain) and Yoshihide Muroya (Japan), while all seasoned contenders, were well aware that the world’s fastest motorsport series had never before come to Malaysia. They marked the occasion by not only surveying the dramatic track on Putrajaya Lake where the competition will play out on Saturday and Sunday (May 17/18), but also by flying 30 kilometers north to take in the landmark Petronas Twin Towers. 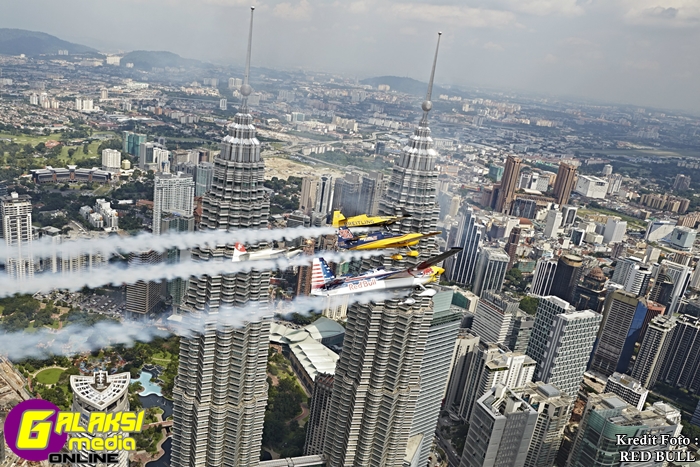 Built in the early 1990s to serve as Malaysia’s administrative city, Putrajaya is a sparkling combination of striking architecture and lush green open spaces. The view of Petronas Towers in the federal capital of Kuala Lumpur – a proud symbol of Malaysia and until recently the tallest structures in the world at 452 m/1,483 ft – was especially motivational for the pilots. Not only were the towers constructed at the site of a former racetrack, but their twin structure provided a grand reminder of the dual pylons of the air gates on the Red Bull Air Race track.

Putrajaya is the third of eight races in the 2014 series. The high-speed, low-altitude race on Sunday will see Chambliss, Hall, Lamb and Muroya take on the eight other Master Class pilots in the lineup, including Hannes Arch of Austria and Paul Bonhomme of Great Britain, who are currently vying for the overall lead with 21 overall points each.