PUTRAJAYA (Malaysia) 15th May, 2014 – The President of Perbadanan Putrajaya,Y.Bhg. Tan Sri Dato’ Seri Dr Aseh Che Mat and Red Bull Air Race General Manager Erich Wolf officially opened the Race Airport in Putrajaya at a ceremony on Thursday ahead of the third round of the 2014 Red Bull Air Race World Championship coming up at the weekend – the first time the world’s fastest motorsport series has been held in Asia. 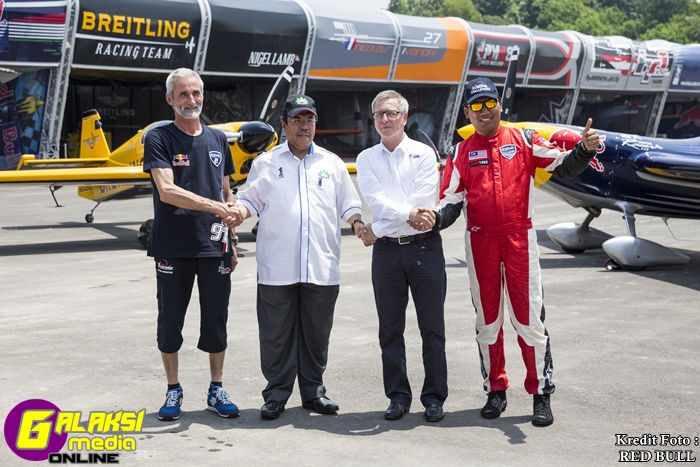 To the delight of the elite race pilots present at the opening – Nigel Lamb of Great Britain, who previously toured Malaysia with the Golden Dreams aerobatic team in the 1990s, and Peter Besenyei of Hungary and Malaysian Challenger Cup pilot, Halim Othman – the Race Airport has been set up right next to the race track on the 600-hectare manmade Putrajaya Lake, which graces the heart of Malaysia’s administrative city. (In other race locations, the pilots and their crews are often based in locations further away from the track.) 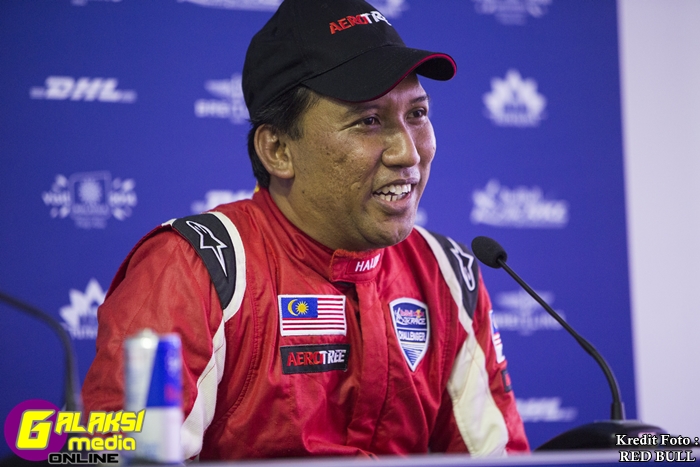 Local hero Halim Othman, a former top gun pilot in the Royal Malaysian Air Force who will make his debut in the Challenger Cup racing event on Saturday, in which highly skilled newcomers gain experience in the high-speed, low-altitude racing.

“For me it’s a dream come true,” said Othman, who previously piloted B29s, Malaysia’s fastest jets. “The sport is very interesting. In a fighter jet we fly fast, high, and away from people – so people really can’t see. In this sport, you fly fast but low, through air-filled pylons and in front of cheering crowds!”

The race in Malaysia is one of the highlights of the 2014 season. Malaysia has a proud history as a venue for international motorsports, having played host to the Formula 1 in Kuala Lumpur at the Sepang International Circuit.

“It’s a privilege to host this racing event in Malaysia, and to have Putrajaya chosen to become the venue,” said Perbadanan Putrajaya President Tan Sri Aseh Che Mat after touring the hangars for a firsthand look at the remarkable race planes. “We will try our best to be a good host.”

Red Bull Air Race General Manager Erich Wolf was equally enthusiastic. “We’re thrilled to be here for the Red Bull Air Race premiere in Asia,” he said. “This is the first runway onsite this year, and that’s very exciting for the pilots and spectators as well. It’s going to be a fantastic race.”

The 2014 Red Bull Air Race Championship is shaping up as the tightest battle in the sport’s history with Austria’s Hannes Arch, the 2008 champion, and Britain’s Paul Bonhomme, the 2009 and 2010 title holder, locked in a ferocious fight for first place with one win and one second place each in the first two races and a pack of challengers close behind. Changes in rules requiring pilots to fly with standardized engines and propellers has made the gaps in times closer than ever before.

Tickets for the weekend’s racing are available at www.redbullairrace.com