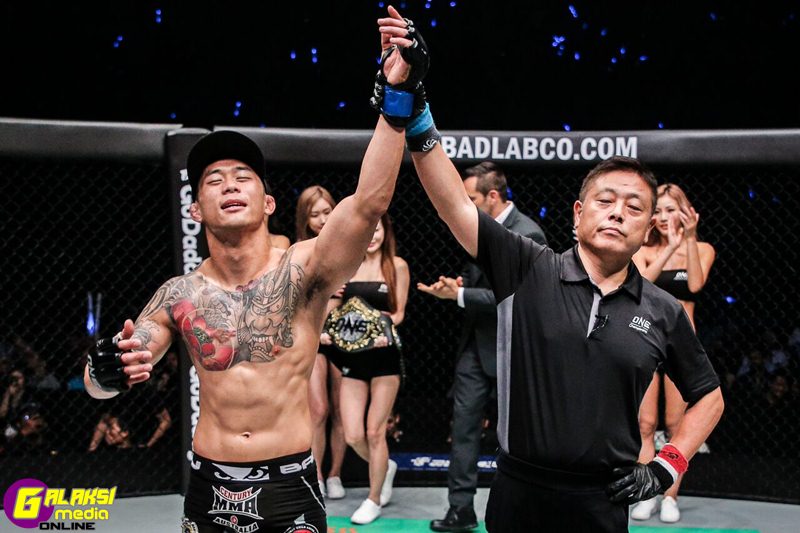 18 August 2017 – Kuala Lumpur, Malaysia: The largest sports media property in Asian history, ONE Championship™ (ONE), once again electrified the iconic Stadium Negara in Kuala Lumpur, Malaysia with another evening of authentic world-class martial arts action. ONE: QUEST FOR GREATNESS delivered a series of compelling bouts, performed by the absolute best in local and international martial arts talent. In the main event, Martin “The Situ-Asian” Nguyen shocked the world by stopping Marat “Cobra” Gafurov in their rematch to become the new ONE Featherweight World Champion. 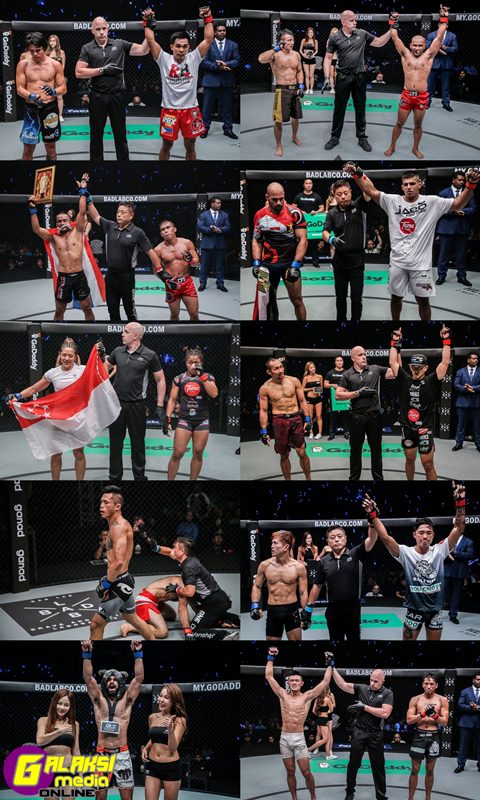 In the main event of ONE: QUEST FOR GREATNESS, Martin “The Situ-Asian” Nguyen of Australia completed his journey through ONE Championship’s featherweight ranks by upsetting previously-unbeaten Russian champion Marat “Cobra” Gafurov via knockout within two rounds to clinch the highly-coveted ONE Featherweight World Championship. Gafurov dominated the first round with his magnificent grappling arsenal, but Nguyen found his groove in the second frame as he tore apart his Russian foe with his striking. Recognizing an opening, Nguyen countered Gafurov’s jab with an overhand right that knocked out the now former champion at the center of the ONE Championship cage. Nguyen’s remarkable conquest of Gafurov earned him the “GoDaddy Knockout of the Night” award.

Martin Nguyen, newly crowned ONE Featherweight World Champion, stated: “I just want to dedicate this fight, not only to Malaysia for being so welcoming and having such a beautiful country. This is for my dad. He was my inspiration for the whole camp when I mentally broke. (He and) the boys kept me together. I’ve got a deadly overhand right, but it’s not my only weapon. Thank you to Marat [Gafurov] for giving me the opportunity.”

In the co-main event of the evening, former world title challenger Ev “E.T.” Ting of Malaysia placed his name back in the winner’s column by overwhelming Japanese veteran and former ONE Welterweight World Champion Nobutatsu Suzuki to win by devastating technical knockout. From the opening bell, Ting paced himself well, keeping Suzuki at range with his accurate striking before executing the end sequence. After staggering Suzuki with a combination, Ting swarmed his opponent to score the referee stoppage.

22-year-old Agilan “The Alligator” Thani of Malaysia authored one of the most dominant performances of the night, placing himself back on the winning track with a unanimous decision victory over Sherif “The Shark” Mohamed of Egypt. Showing off new skills and techniques that he learned from training with the world-famous Team Quest, Thani swamped Mohamed with his wrestling while stifling his opponent with submission attempts. The former world title challenger finished the three-round welterweight contest on a strong note, delivering crisp ground strikes to the delight of his roaring countrymen.

Filipino knockout artist Kevin “The Silencer” Belingon completed yet another scintillating finish, his second in a row, by defeating Australian submission specialist Reece “Lightning” McLaren by knockout. Belingon finished the job in just 62 seconds, dropping his Australian opponent with a hard right straight before punctuating with follow-up strikes on the ground to compel referee Olivier Coste to step in and halt the contest. The revered Team Lakay veteran recorded his seventh knockout win as a professional with the impressive triumph over McLaren.

In a clash of high-caliber flyweights, Malaysia’s Gianni Subba captured a hard-earned victory in front of a jubilant hometown crowd by routing Japan’s Riku “The Outsider” Shibuya. Subba showcased his pinpoint accurate striking early on, peppering Shibuya with stinging right hands and spinning back-kicks in the first round. Although Shibuya easily converted his takedown attempts in the succeeding rounds to avoid striking exchanges, Subba kept himself active on the canvas, fishing for submissions while landing the more telling blows. In the end, Subba’s efforts were rewarded with a unanimous decision.

“Mighty” May Ooi of Singapore scored a major victory in her ONE Championship debut by submitting Malaysian female martial arts superstar Ann “Athena” Osman in the first round. After surviving a huge right hand from Osman, Ooi took matters to the canvas, where she maneuvered her cage counterpart with ease courtesy of her impeccable ground game. The 41-year-old Singaporean executed a flawless transition into a rear-naked choke that left Osman no choice but to tap out.

Former ONE Strawweight World Champion Dejdamrong Sor Amnuaysirichoke of Thailand brushed off a lackluster start to topple Robin “The Ilonggo” Catalan of the Philippines via second-round technical knockout. Showcasing tremendous power with every strike and drawing cheers from the crowd after each landed blow, Dejdamrong’s thunderous knees proved too much for Catalan as the Filipino lost his footing, forcing the referee to wave it off and award the victory to the celebrated Thai kickboxer.

Christian “The Warrior” Lee of Singapore exhibited stellar form, proving himself a top featherweight contender in ONE Championship by scoring an impressive submission over Malaysia’s Keanu Subba. Both highly-touted prospects started out aggressively, but it was Lee who showed a more capable set of grappling skills. Lee spun a web of crafty grappling to overwhelm Subba as the 19-year-old Singaporean standout was able to get the submission finish in the third round, making Subba tap from a wrenching armbar.

Emilio “The Honey Badger” Urrutia of the United States made a triumphant promotional debut in ONE Championship by edging out Team Lakay stalwart Edward “The Ferocious” Kelly of the Philippines in their three-round featherweight encounter. Urrutia relied on his solid ground game to pacify his Filipino opponent’s firepower in the stand-up trade, wearing down Kelly and steering him to a decisive victory by way of unanimous decision.

Kicking off ONE: QUEST FOR GREATNESS was a strawweight encounter between wushu practitioner Rene Catalan of the Philippines and Chinese grappling prodigy Bu Huo You Ga. After dropping his opponent with a clean left straight in first round, Catalan secured top control and went to work. With a dominant top game, Catalan notched his third straight victory, defeating Bu Huo as all three judges saw the bout in favor of Catalan to win by unanimous decision.

Official results for ONE: QUEST FOR GREATNESS

Spread the love
Tweet
Tags: CROWNED NEW ONE FEATHERWEIGHT WORLD CHAMPION WITH KNOCKOUT OF, MARAT GAFUROV, MARTIN NGUYEN, ONE CHAMPIONSHIP™, ONE FC, ONE: QUEST FOR GREATNESS
← (SUKAN) THE MUSIC RUN™ BY AIA VITALITY IS BRINGING THE BEAT BACK TO KUALA LUMPUR ON NOVEMBER 4th AT KL SPORTS CITY!
(SUKAN) ONE CHAMPIONSHIP ANNOUNCES PARTNERSHIP WITH MEDIACORP →