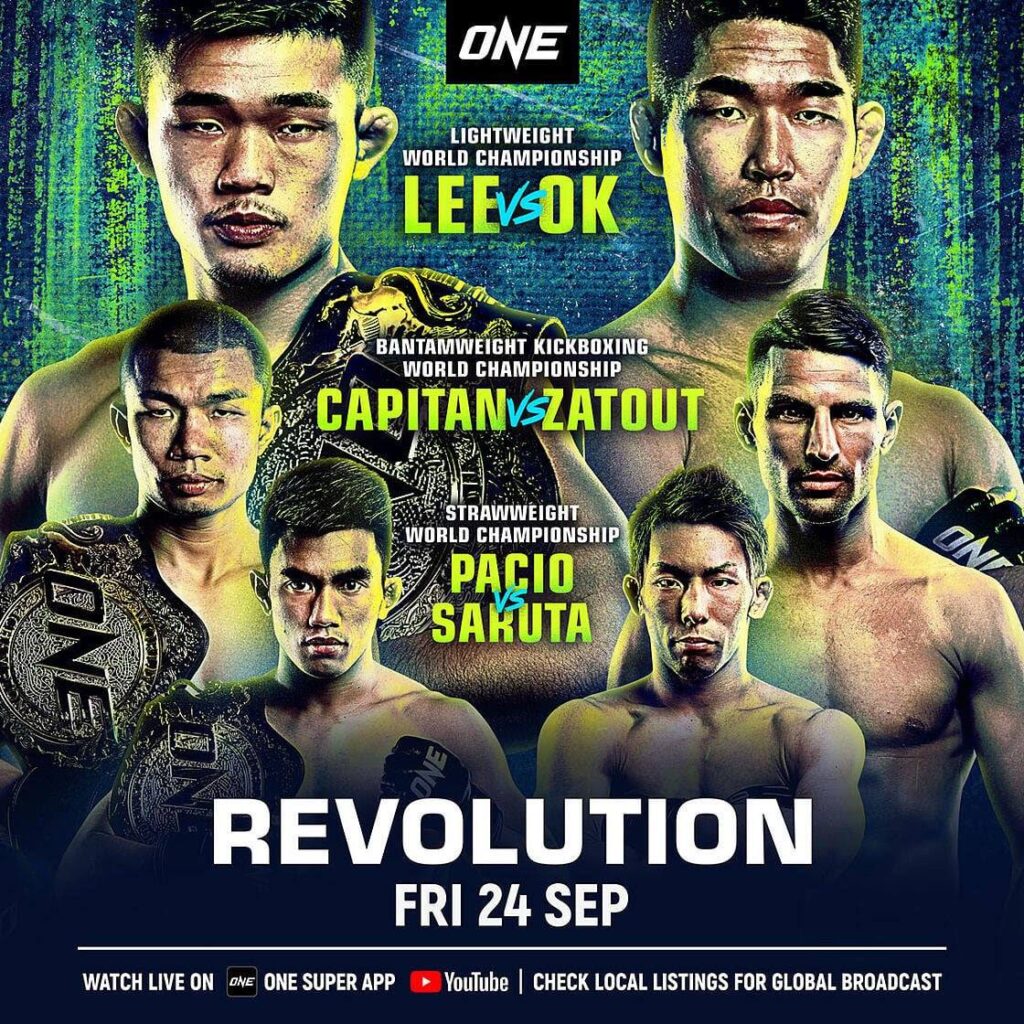 18 August 2021 – Singapore: ONE Championship™ (ONE) today announced the complete lineup for ONE: REVOLUTION, set to broadcast live across the world on Friday, 24 September. The stacked card is headlined by three massive World Title bouts. 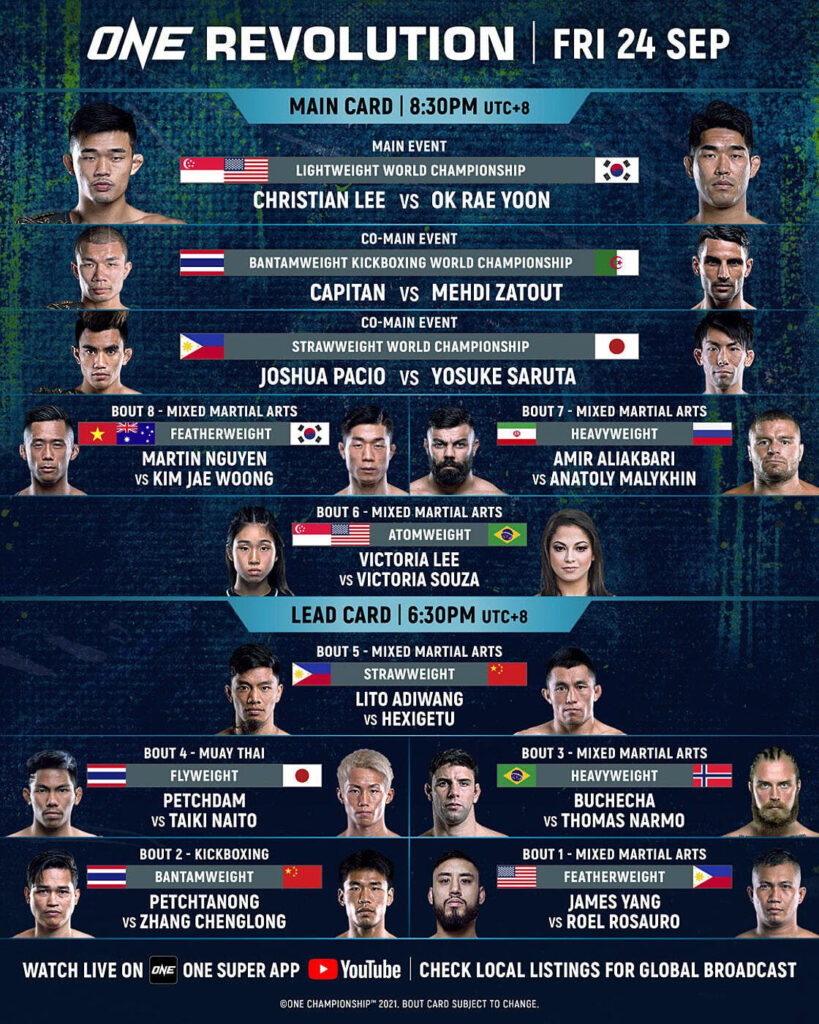