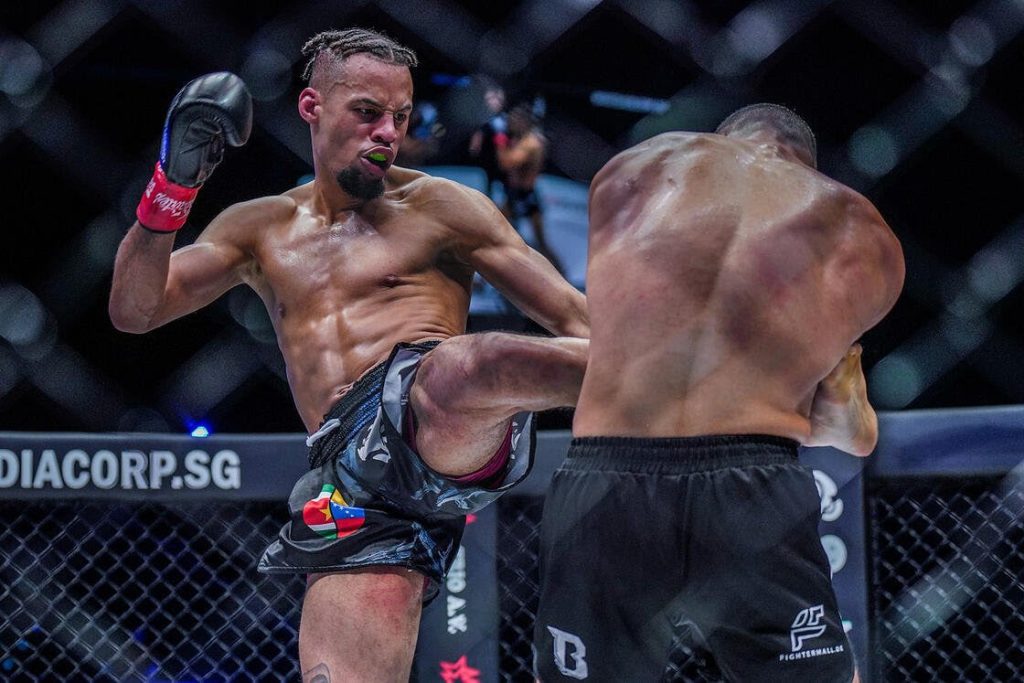 ONE Championship, in partnership with leading premium lifestyle and luxury performance brand TUMI, presented the prestigious ONE World Title belt.

In the main event, Regian Eersel willed himself through heavy fire, defeating Arian Sadikovic to retain his ONE Lightweight Kickboxing World Title for the fourth time.

Eersel utilized his superior length and athleticism early, punishing the challenger with a plethora of flying knee attacks. However, Sadikovic dialed up the intensity in round two, knocking “The Immortal” down for the count with a flying knee of his own. The defending World Champion survived and proceeded to dominate rounds three and four behind a steady stream of strikes from the outside.

In the final stanza, it was anybody’s game, but a busier Eersel outworked Sadikovic en route to a hard-earned victory on the scorecards. With his 19th consecutive win overall, Eersel remained unbeaten in ONE Super Series and took home a US$50,000 performance bonus.

Buntan was methodical to start the contest, connecting on sharp counters from range. But the relentless aggression from Sundell quickly took over, as the teen sensation pressed forward behind fast and powerful combinations. After five rounds, the damage on Buntan’s face was evidence of the “The Hurricane’s” handiwork, and the lanky Swedish fighter scored a clear-cut unanimous decision.

With the victory, Sundell became the youngest ONE World Champion in history and took home a US$50,000 bonus for her effort.

Second-ranked strawweight contender Jarred Brooks continued his meteoric rise through the division with a spectacular submission of #1-ranked Bokang Masunyane. “The Monkey God” immediately met “Little Giant” at the center of the Circle, locked him up in the clinch, and quickly transitioned to take the back. From there, the American rode Masunyane’s back with a body triangle in place and then secured a deep rear-naked choke to squeeze the consciousness out of the South African. The dominant win secured Brooks the next shot at ONE Strawweight World Champion Joshua Pacio.

Liam Harrison and Muangthai PK.Saenchai went to war in a ONE Super Series bantamweight Muay Thai contest, and the one-round battle was pandemonium from start to finish. Both men came out guns blazing at the opening bell, but it was Muangthai who took an early lead. A minute into the fight, he sent Harrison crashing to the canvas with a head kick and then scored another knockdown shortly after. But just when it appeared that Harrison was on his way out, the English superstar came roaring back, knocking “Elbow Zombie” down three consecutive times to seize the technical knockout victory in the first round.

In addition to a US$100,000 performance bonus, Harrison was also announced as the next challenger for ONE Bantamweight Muay Thai World Champion Nong-O Gaiyanghadao.

Song Min Jong used his veteran experience to edge out a game Chen Rui in a battle of bantamweights, withstanding heavy strikes to win by submission in the second round. Song weathered the early storm from Chen and defended well against the Chinese fighter’s pressure. The South Korean then went to his superior grappling skills, took “The Ghost” to the ground, and secured a rear-naked choke to force the tap.

Strawweights Danial Williams and Namiki Kawahara kicked off the main card of ONE 156 with an absolute MMA firefight. Former Muay Thai World Champion Williams employed an effective kicking game while pushing Kawahara onto the back foot with powerful punching combinations. The Japanese athlete had his moments on the ground, but Williams was able to rise above the adversity and score a unanimous decision.