(SUKAN) ‘The Hammer’ Promises Fight Of The Night In Tokyo 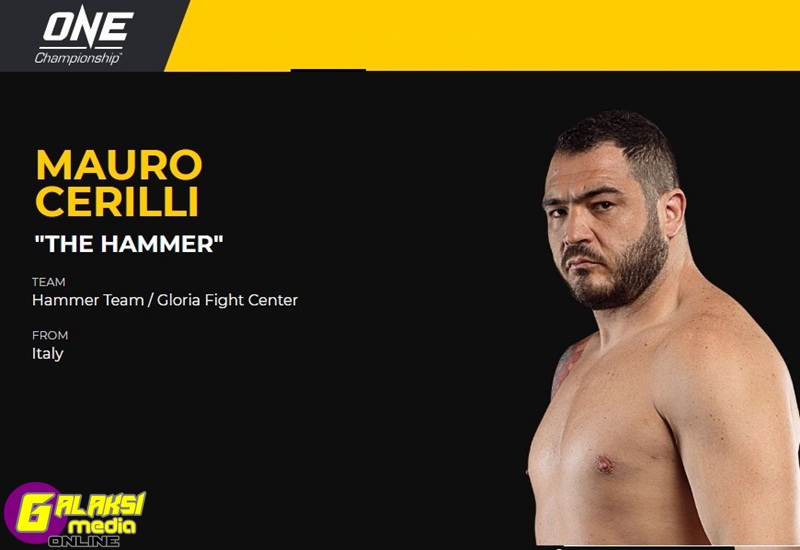 Mauro “The Hammer” Cerilli is fit and ready for battle against Arjan “Singh” Bhullar at ONE: CENTURY PART II.

The two were supposed to meet in a heavyweight clash at ONE: DAWN OF HEROES in August, but shortly before the bout, “The Hammer” fell sick.

Still, Cerilli wanted to compete, but he knew it would have come at a hefty price.

“It was a horrible experience. I had to fight a tough staph infection on my leg,” the 36-year-old said.

“I felt so broken and sad. I wanted to fight even with one leg, but at this level, you can’t fight if you are not 100 percent.”

“I was ready, but we were just very unlucky.”

Sometimes, things happen for a reason – and that spell of misfortune took an unexpected route as ONE Championship offered them a slot on the second half of the biggest show in martial arts history on Sunday, 13 October.

The opportunity to compete against “Singh” at the Ryogoku Kokugikan was a fitting gift to the Italian warrior who was eager to continue his winning form after finishing Alain Ngalani in two and a half minutes in March.

But the Cage Warriors Heavyweight World Champion reveals that he will be cautious against an opponent who hits like a truck. Bhullar is 9-1 in his professional career, and most of his wins have come from the judges’ scorecards.

“Let’s see if he can do it,” the Hammer Team representative said.

There is nothing more explosive in mixed martial arts than when two heavyweight warriors collide, and Cerilli expects a highlight-reel duel when they meet in Tokyo, Japan this Sunday.

“This will be for sure the fight of the night. We both will not hold back.”

How To Watch ONE: CENTURY PART II – Aung La N Sang Vs. Vera