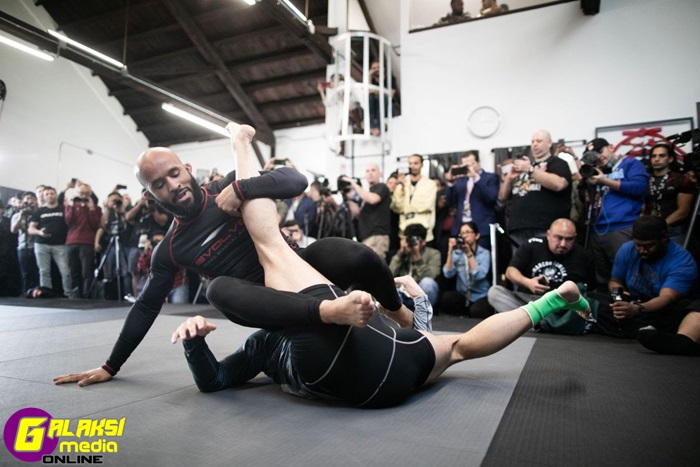 Demetrious Johnson, ONE Athlete, stated: “ONE Championship is not just focused on mixed martial arts but other avenues of martial arts like kickboxing, Muay Thai, and submission wrestling. They had a World Title fight in boxing as well, and I think it brings in more fans from different perspectives and art forms. ONE Championship has some of the best flyweights in the world on their roster. I’ll be competing against Yuya Wakamatsu who is a Pancrase champion, so it’s going to be exciting and I’m looking forward to going out there and mixing it up with those guys.”

Eddie Alvarez, ONE Athlete, stated: “In Asia, it’s always about the way a fighter fights rather than the outcome of fights, and that’s a big difference. I’ve known that for as long as I have been fighting in Asia. One thing that you see with ONE Championship — with Rich Franklin, Miesha Tate, Chatri Sityodtong — the people who run the show behind the scenes are lifelong martial artists. So they understand what it’s like to be a fighter. They can walk in our shoes. It is an honor for me to be a part of the ONE Lightweight World Grand Prix. I’ve never lost a tournament fight and I don’t plan on starting this year. My plan for this year is to beat these opponents in this tournament, and then challenge for the World Title and win the last major World Title that I haven’t gotten yet.”

Sage Northcutt, ONE Athlete, stated: “ONE Championship fighters get treated with respect. There’s also a big difference in how fighters carry themselves. You don’t see fighters in ONE Championship talking smack or talking bad about each other. I think that’s a big thing, that everybody has respect for each other and they understand what it takes to go out there and perform. I’m very appreciative of the fans who want to see fighters give a great performance and give it their all. Coming over to ONE Championship, I’m looking forward to meeting all the new fans. I’m young, I’m only 22 years old. I can envision myself in the future being a World Champion in multiple sports like Muay Thai, kickboxing, and mixed martial arts.”

Demetrious “Mighty Mouse” Johnson of Kirkland, Washington, United States is a mixed martial artist and 12-time Flyweight World Champion with a professional record of 27-3-1. With a highly-technical style and world-class skills, Johnson has dominated his division for the past seven years. During this span, Johnson captured the flyweight World Title and ran up a win streak of 13 bouts since 2012. Today, he is widely considered one of the best mixed martial artists in the world pound-for-pound. Johnson now looks to continue his legendary career in the world’s largest martial arts organization, ONE Championship.

Known as “The Underground King”, multiple-time World Champion Eddie Alvarez of the United States is a mixed martial arts legend who has competed for the world’s top mixed martial arts promotions. The experience he has gathered over a stellar 15 year professional career so far is beyond impressive, with wins over some of the biggest names in the sport. Alvarez’ most notable victories have come against the likes of Roger Huerta, Shinya Aoki, Gilbert Melendez, Anthony Pettis, Rafael Dos Anjos, and most recently Justin Gaethje.

“Super” Sage Northcutt stands tall among the brightest young mixed martial arts stars of today. A lifelong martial artist, Northcutt has been training under the instruction of his father since he was four years old. He won an astounding 77 Karate World Titles as a youth, and was even inducted into the Black Belt Magazine Hall of Fame in 2012. Northcutt then transitioned to mixed martial arts and rose to prominence quickly in top North American promotions. In 2018, he joined ONE Championship on the back of three straight victories, and looks set to continue shining on the global stage with his winning combination of athleticism, skill, and charisma.
For more updates on ONE Championship, please visit www.onefc.com, follow us on Twitter and Instagram @ONEChampionship, and like us on Facebook at https://www.facebook.com/ONEChampionship.

Spread the love
Tweet
Tags: -, and, Demetrious Johnson, EDDIE ALVAREZ, IN ONE CHAMPIONSHIP LA OPEN WORKOUT, Los Angeles, ONE CHAMPIONSHIP™, SAGE NORTHCUTT, US TOUR
← (SEMASA) ZONTES HAS ARRIVED IN MALAYSIA
(SUKAN) MARTIN NGUYEN TO DEFEND ONE FEATHERWEIGHT WORLD TITLE AGAINST NARANTUNGALAG JADAMBAA AT ONE: ROOTS OF HONOR IN MANILA →