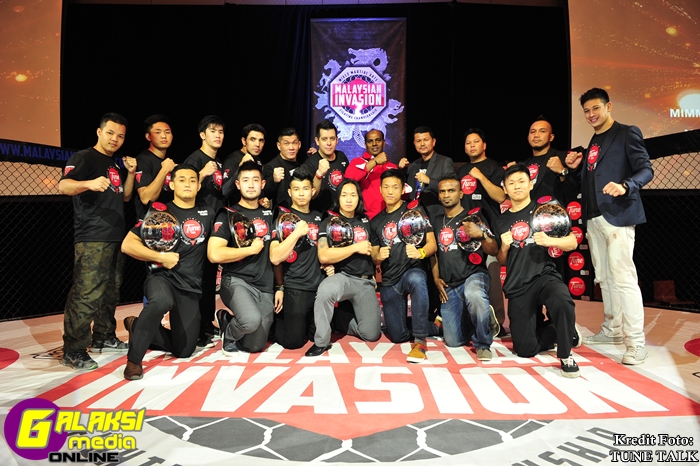 Malaysian Invasion Mixed Martial Arts Fighting Championship (MIMMA) is back for the second season of the highly successful All-Malaysian Mixed Martial Arts (MMA) tournament and reality TV series with a bigger scale and wider coverage than before. In 2014, MIMMA plans to take the audition and tryouts to the people with a nationwide tryout tour. Winners of MIMMA 2 will be challenging the current champions for the MIMMA Championship Title Belts with over RM150, 000 in cash prizes waiting for the best amateur MMA fighters of Malaysia. 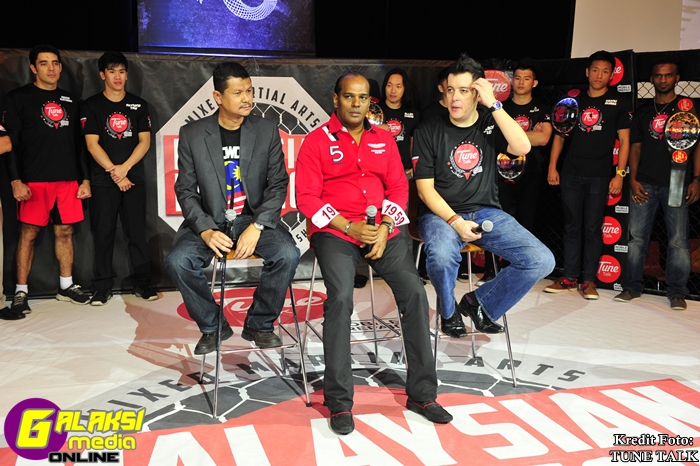 MIMMA FC was the first All-Malaysian MMA Tournament organized by Tune Talk in 2013 which is also a reality TV show broadcasted nationwide and region. It saw over 300 aspiring mixed martial artists signing up for the tryouts and 112 potential amateur fighters made the cut to be the Top Amateur MMA fighters in their respective weight divisions.  During the First Season of MIMMA, the preliminary competition was held at Paradigm Mall, Kelana Jaya whilst the Grand Finals were held at Stadium Negara with an astounding attendance of 8000 enthusiast fans. It was perhaps the single largest Amateur MMA tournament ever held worldwide over duration of 5 months.

In 2014, MIMMA 2 plans to engage fans and mixed martial artists from around the country by bringing the Tryouts to major cities around Malaysia, including Sabah and Sarawak. This ensures that the competition will be reaching out to the huge pool of potential talent at the grass roots level beyond Klang Valley.  During Season 1, MIMMA crowned seven champions in the Flyweight, Bantamweight, Featherweight, Lightweight, Welterweight, Middleweight and Heavyweight divisions. In MIMMA 2, the tournament will be looking for new champions, with a twist; Winners from this season will be  recognised as contenders to challenge the current MIMMA Champions for the championship title. The MIMMA Championship titleholder will be Malaysia’s best Amateur MMA fighter. However, if any of the current champions have already received an offer or signed a professional MMA contract with an international organization, the title belt for that weight division will be deemed vacant for a new champion from the 2014 MIMMA.

MIMMA FC was a brainchild of Tune Talk CEO Jason Lo with the Minister of Youth & Sports, Yang Berhormat Tuan Khairy Jamaluddin to develop the Fastest Growing Sport in the World for Malaysian martial artists and fans. MIMMA FC Season 1 has a proven track record of being an excellent stepping-stone or starting point for aspiring martial artists to start a professional sports career. This is justified when Sabahan Allen ‘Solomon’ Chong, Season 1 MIMMA Lightweight Champion, the only South East Asian who was chosen as one of the 16 competitors at The Ultimate Fighter in China (the most successful Pro MMA reality TV show in the world), with the potential of winning a 6-figure (USD) professional MMA contract with Ultimate Fighting Championship (UFC) should he win

Jason Lo quotes: “Allen making it to The Ultimate Fighter is a credit to him, but also to all the hard work of so many individuals and organizations within the Malaysian MMA community in elevating the sport internationally. We now have more fighters representing our country at the international level than ever before. We even won 2 Gold medals for Muay Thai in the recent SEA Games, proving that we have made a difference in the MMA scene in Malaysia.”

“Malaysia is at the center of ASEAN and it represents a melting pot of so many different cultures and styles. At Tune Talk, we never do anything halfhearted, just like the rest of the MMA community. Ever since our serious involvement in this sport, which surely will pivot our brand towards a common growth pattern, we have seen the growth of Malaysian MMA, putting us on the world map of MMA development. Things are cooking and can only go further with the newly created MMA Association to govern the sport here. I’d like to thank Kementerian Belia dan Sukan for their continuous support as well as ONE Fighting Championship, who have both been incredibly supportive in this endeavor. Mostly, I’d like to thank the fighters and MIMMA participants who give us all courage to fight for our dreams with honor and integrity,” he added.

The creators of MIMMA constantly look forward to more Malaysians being offered a career in this sport with international organizations like ONE Fighting Championship, Bellator FC, World Series of Fighting and of course, the UFC.

The continuous support from Kementerian Belia dan Sukan has been astounding for Malaysian MMA and MIMMA FC. This directly helps develop and grow the sport to place our nation prominently on the map of this fastest growing sport in the world, making Malaysia the fastest growing nation in the sport of MMA.

MIMMA Season 2 will be aired on AXN Asia. Airing schedule will be announced at a later date.