(SUKAN) ONE Championship’s Dominance In Martial Arts Is Unstoppable 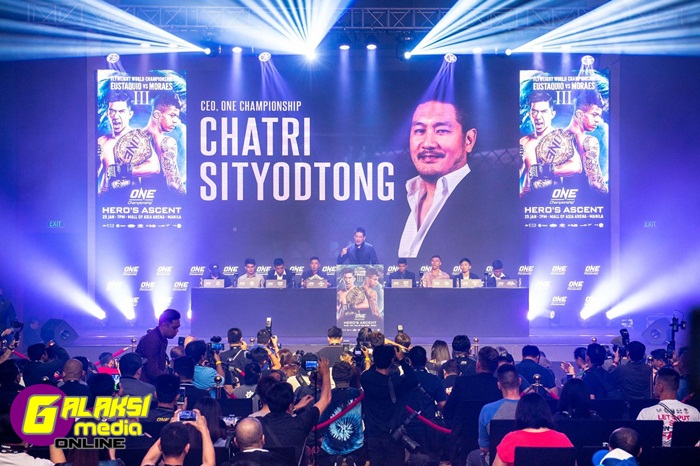 The largest global sports media property in Asian history, ONE Championship, has come a long way since its first event in September 2011.

From an average of 11 power-packed shows per year from 2012 to 2017, ONE’s record-breaking 2018 gave fans 25 explosive martial arts events across the continent.

To make things even more brilliant than it already was, ONE Championship Chairman and CEO Chatri Sityodtong introduced ONE Super Series last year – a global super league that features battles in the striking arts including Muay Thai, kickboxing, and boxing.

In addition to that, several new ONE World Champions were crowned, and the years’ end saw the promotion sign two more dominant former World Champions in Demetrious “Mighty Mouse” Johnson and Eddie “The Underground King” Alvarez.

That period also saw the organization ink a deal with Turner Sports – a deal which began in January 2019 – to broadcast events on Turner’s platforms such as TNT and B/R Live in the United States.

ONE also launched ONE Esports, Asia’s largest global esports championship series in November, with an aim to invest up to USD$50 million (RM209.22 million) alongside other key partners.

The company’s revenues have big potential due to the large market opportunity in Asia, and the organization got off to a rocker in 2019 when they announced an exclusive partnership with Japanese martial arts organizations Shooto and Pancrase.

This year has continued to showcase ONE’s dominance in the sport when ONE: ETERNAL GLORY in Jakarta, Indonesia got underway. Since the year’s first mouth-watering spectacle, the organization has hosted another 15 action-packed events — much more than it did in previous years.

ONE’s revenues are expected to exceed USD$100 million (RM418.38 million) in the near future, and the promotion’s 41.9 million viewers from their inaugural Japan show dubbed ONE: A NEW ERA displayed how the promotion has become the face of the industry.

Although it fell narrowly short of Sityodtong’s initial target of 50 million, those numbers marked a huge jump from an average of 700,000 viewers per event a little over four and a half years ago.

Still, the ever-determined CEO is confident of achieving that objective before the year draws to a close.

“I would like to get ONE events to surpass 50 million this year. I do believe for our Tokyo event in October, which is the 100th show in the company’s history, we aim to have a mega show, and I do believe we can beat 50 million,” he said earlier this month.

The company’s revenue supports a USD$1 billion (RM4.18 billion) valuation today with exponential growth expected and, with Asia’s huge 4 billion population base, ONE’s revenue has the potential to exceed those of the NFL in the long term.

Tags: Dominance In Martial Arts Is Unstoppable, ONE Championship’s
← (SUKAN) Malaysia’s Legion Of ONE Heroes Analyze ONE: ENTER THE DRAGON
(SUKAN) ONE Championship’s Quest For Greatness Is Taking The Industry By Storm →