(SUKAN) ONE: NO SURRENDER Set For 31 July In Bangkok, Thailand 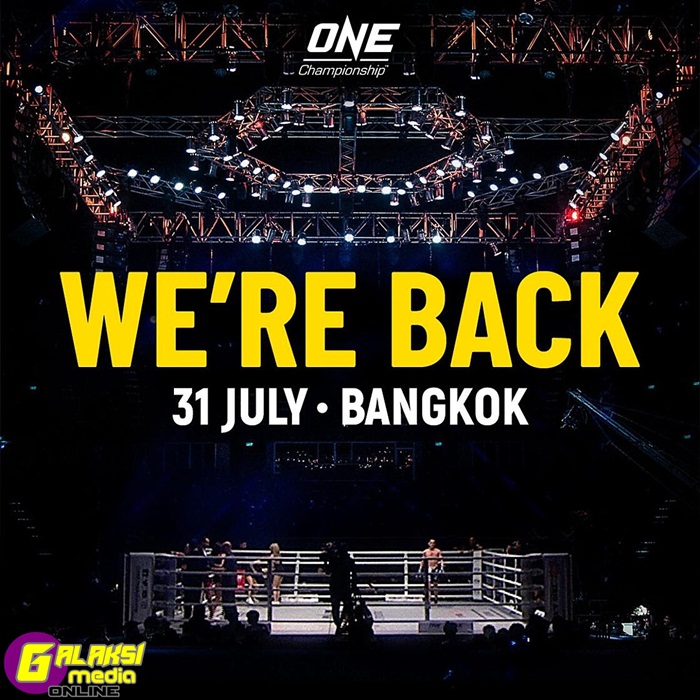 29 June 2020 – Singapore: The largest global sports media property in Asian history, ONE Championship™ (ONE), today officially confirmed the resumption of its flagship event schedule, beginning with ONE: NO SURRENDER in Bangkok, Thailand, on 31 July.

ONE: NO SURRENDER marks the promotion’s expanded return to closed-door, audience-free live events. The first three major bouts are confirmed and feature an array of blockbuster ONE Super Series showdowns. Mixed martial arts bouts will be announced shortly. The event will be broadcast live around the world across 150+ countries.

Chatri Sityodtong, Chairman and CEO of ONE Championship, stated: “After returning with the successful ONE Hero Series 13 and 14 events in China last weekend, ONE Championship will now kick off our flagship event schedule with ONE: NO SURRENDER on July 31 in Bangkok, Thailand. The world is suffering from the worst global crisis in a hundred years. Most national borders remain closed in Asia, and this has posed unique logistical and operational challenges. However, our superstar team at ONE Championship continues to work hard to deliver fans the authentic martial arts experiences they crave. Our athletes are ready to showcase their skills and tell their stories.”

In a battle for the ONE Featherweight Muay Thai World Championship, reigning champion Petchmorakot Petchyindee Academy is scheduled to face perhaps his biggest challenge yet in “The Boxing Computer” Yodsanklai IWE Fairtex.

Also, in a ONE Super Series Kickboxing Super-Bout, striking superstars Superbon Banchamek and “The Killer Kid” Sitthichai Sitsongpeenong will battle for the first time in the ONE Championship ring.

*Additional details and bout information for ONE: NO SURRENDER to come