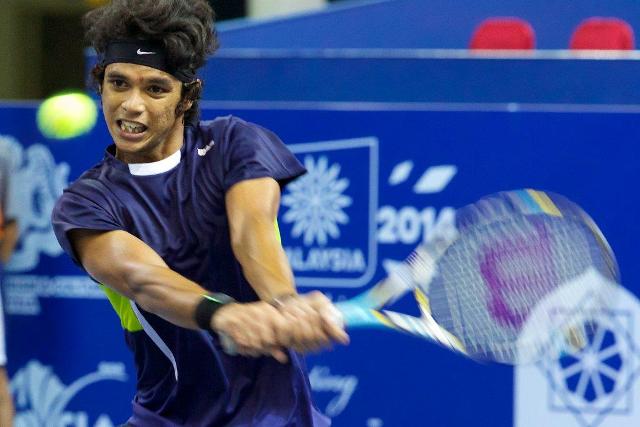 The Malaysian Open, Kuala Lumpur 2014 organisers IMG, together with the Lawn Tennis Association of Malaysia (LTAM), have unveiled the three local tennis stars who will feature as wild cards in the US$1,022,255 ATP 250 tournament held from September 20 – 28, 2014 at the Putra Stadium in Bukit Jalil.

Syed Mohd Agil Syed Naguib, Mohd Assri Merzuki and Mohd Ashaari Zainal Abidin have all been given the green light to play in the singles qualifying event while Mohd Agil received the additional honour of partnering ‘the half kampung kid’ Nick Kyrgios in the doubles main draw as a wild card pairing.

All three players also featured in last year’s Malaysian Open, with 25-year-old Ashaari’s surprise victory in the first round of qualifying carrying the distinction of being the first time a Malaysian defeated a foreign opponent in the tournament. 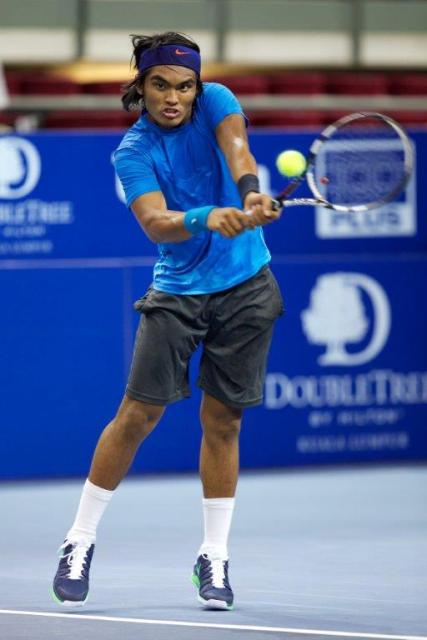 Although unranked on the ATP World Tour, Ashaari comes into the tournament as Malaysia’s number one after consistent performances on the local National Circuit this year, most recently emerging Leg 4 singles champion last month with a plucky 3-6, 7-5, 6-4 comeback victory over Ariez Elyaas Deen Heesham in the finals.

Both Mohd Agil and Assri Merzuki have won points in Futures tournaments on the ATP World Tour in the last year and boast official worldwide rankings.

The 19-year-old Merzuki got his first ATP point in February 2013 and has not looked back. He has played in seven Futures tournaments since his last Malaysian Open outing and a number of confident displays has seen his ATP world singles ranking move up 558 spots to No. 1346.

Mohd Agil’s first ever ATP World Tour point came on home turf just this year, after he defeated Thai world No. 792 ranked Kittipong Wachiramanowong in the Malaysian F1 Futures in March.  The 20-year-old is currently ranked No. 1742.

After five outings, this is the first time that Malaysia will have two ATP World Tour ranked players participating in the tournament and reflects the positive impact the Malaysian Open, Kuala Lumpur has had on nurturing local talent since its inception. 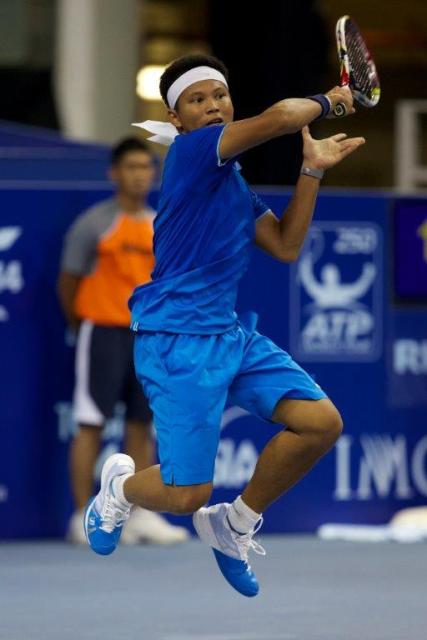 “On behalf of the Lawn Tennis Association of Malaysia, we are delighted that our local players will once again have opportunities to measure their improvement against the world’s best at ATP 250 level, in a tournament which has one of the strongest 250 fields of the year. I am sure Syed Agil feels excited and proud to be playing with the “Half Kampung Kid” Nick Kyrgios in the doubles main draw,” said Tan Sri Datuk Abdul Razak Latiff, President of LTAM.

“With excitement building towards what feels like a very special edition of the tournament, worthy of Visit Malaysia Year 2014, I am sure that the Malaysian players who have had their wild-cards confirmed today by the Lawn Tennis Association of Malaysia, are as charged and excited as the fans will be to see so many big name players in action in a few weeks’ time,” said Tournament Director Nick Freyer of IMG.

Mohd Agil put on a good show in last year’s wild card doubles partnership with India’s Yuki Bhambri, and will hope to do even better this year with 19-year-old Australian sensation Nick Kyrgios, who has a Malaysian mother and is certain to be a favourite amongst locals from the get-go.

“Agil won the second leg of the BMW National Circuit in February and picked up his first ATP point in March, so it has been a good year for him. Watching him partner up with the in-form Kyrgios, who also has some roots in Malaysia, will be a great treat for local fans,” said Malaysian national coach Deen Heshaam Abdullah.

The world No. 60 Kyrgios, who enjoyed a career high of No.58 in early August, made waves on the tour this year with a scintillating Wimbledon run, which included a victory over the then world No. 1, Rafael Nadal.

Kyrgios will play his first singles match on Monday or Tuesday and, together with his mother Norlaila, he will also take time to “give back” to the local community by hosting what the Malaysian Open, Kuala Lumpur is calling a “Town Hall Type Gathering” at the Putra Stadium.

Slated for Wednesday Sep 24 from 7pm – 7.30pm, Norlaila (known to all as Nil) and Nick will meet with Malaysian mothers, fathers and their children, and answer their questions in a function open to all spectators.

Along with Wimbledon quarterfinalist Kyrgios, four players who have been in the top ten this year are set to feature in the Malaysian Open – world No. 7 Milos Raonic, No. 11 Juan Martin Del Potro,  No. 12 Kei Nishikori and No. 13 Ernests Gulbis.  Del Potro is set to make his much anticipated return to the Tour in Malaysi after recovering from wrist surgery.

Tournament organisers have announced out of the tournament’s four marquee players, two will play their first match on Wednesday and two on Thursday, offering fans a wonderful chance to catch top tennis players in action on days with very affordable ticket prices.

The tournament is proud to welcome back its suite of official sponsors. In addition to the distinguished support of the Ministry of Tourism and Culture, Malaysia and Tourism Malaysia as well as the Ministry of Youth & Sports, the event is proud to have prestigious commercial sponsors that include Rado, CNN International, the DoubleTree by Hilton Kuala Lumpur, Wilson, the Albukhary Foundation, Astro, the ATP World Tour’s Premier Partner Corona, as well as welcome on board KPJ Healthcare Berhad, making its first foray into sponsorship of professional tennis.  Other supplier level sponsors include House Restaurant, Cream & Fudge, Pizza Hut, 100Plus, KFC and KiekLover.KL.

Tickets prices remain very reasonable and range from RM 10 to RM 160.  There will be free admission between Saturday, September 20 and Tuesday, September 23. Tickets can be purchased now on-line via the tournament website http://www.malaysianopentennis.com/2014/tickets.php, at TicketCharge outlets or through the ticket hotline at TicketCharge Ph: 603-92228811